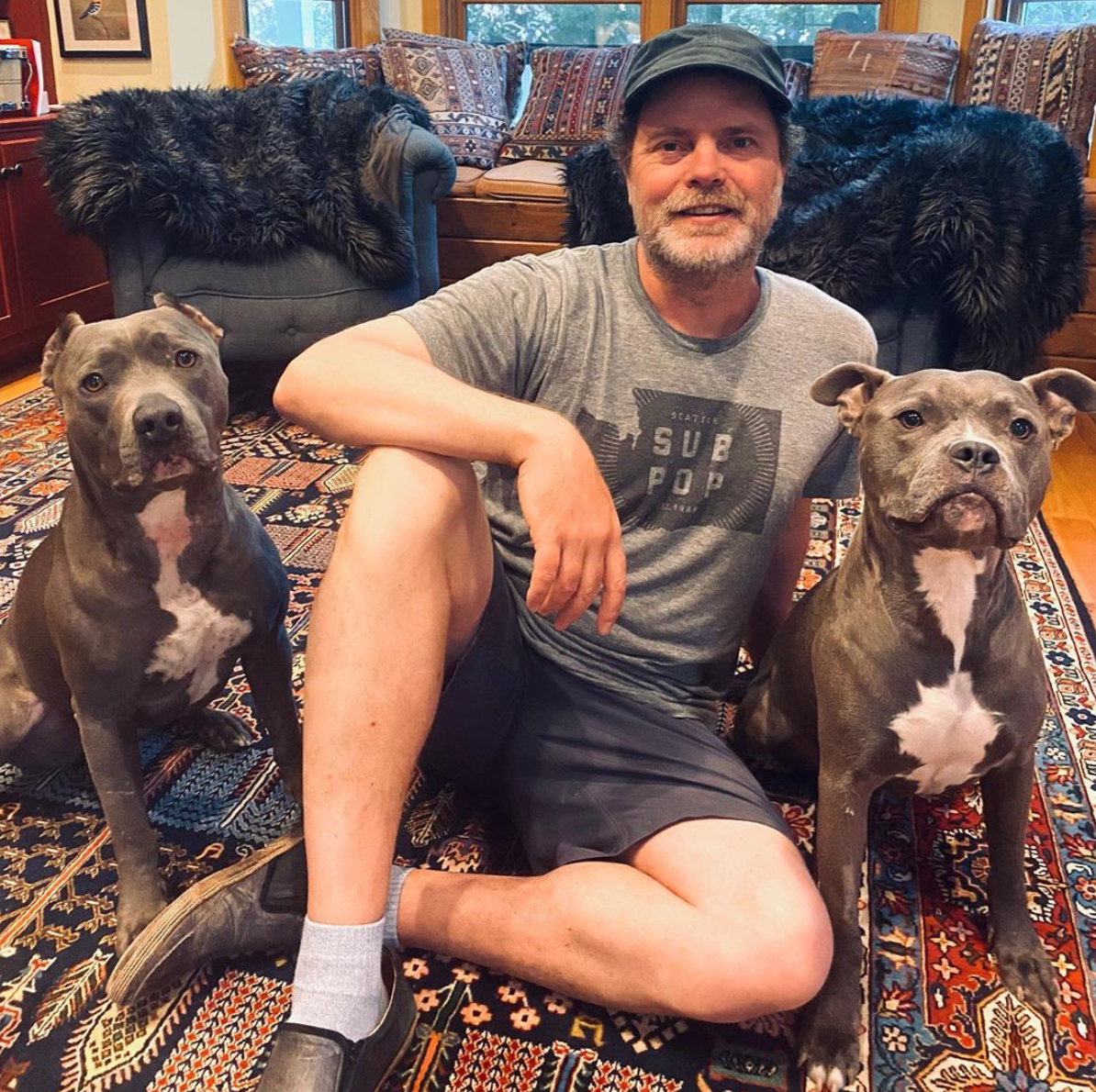 Rainn Wilson, star of The Office, is no stranger to animal rescue. He has rescued plenty of animals himself and particularly loves pit bulls. Along with two rescue pit bulls, he also has two guinea pigs and two pot-bellied pigs. Recently, he partnered with dog food company Freshpet for their annual charity initiative called Fresh Start, which consists of a contest in which “participants can vote for animal shelters in each region of the United States to receive a $10,000 donation,” according to Insider.

However, due to the pandemic and everyone being on lockdown, the fundraising looked a little different: it took place on a zoom call. It was appropriately called the Zoomies video conference call and included Wilson as well as 900 people with their pets. There were dogs, cats, hedgehogs, lizards, and more on the call!

The voting time ended and the initiative gave grand prizes to multiple shelters and gave two runners up in each region $2,000. There were also shelters who received money because of their compelling stories.

Although there have been wonderful stories of companies, celebrities, and more coming together to donate or help animal shelters during this time, they still need all the help they can get. They weren’t able to have volunteers and adoption events as usual for a long time. You can sign this petition to pledge to help an animal shelter by fostering, adopting, or donating!