When Will We Learn? Another Beluga Whale Dies in Captivity 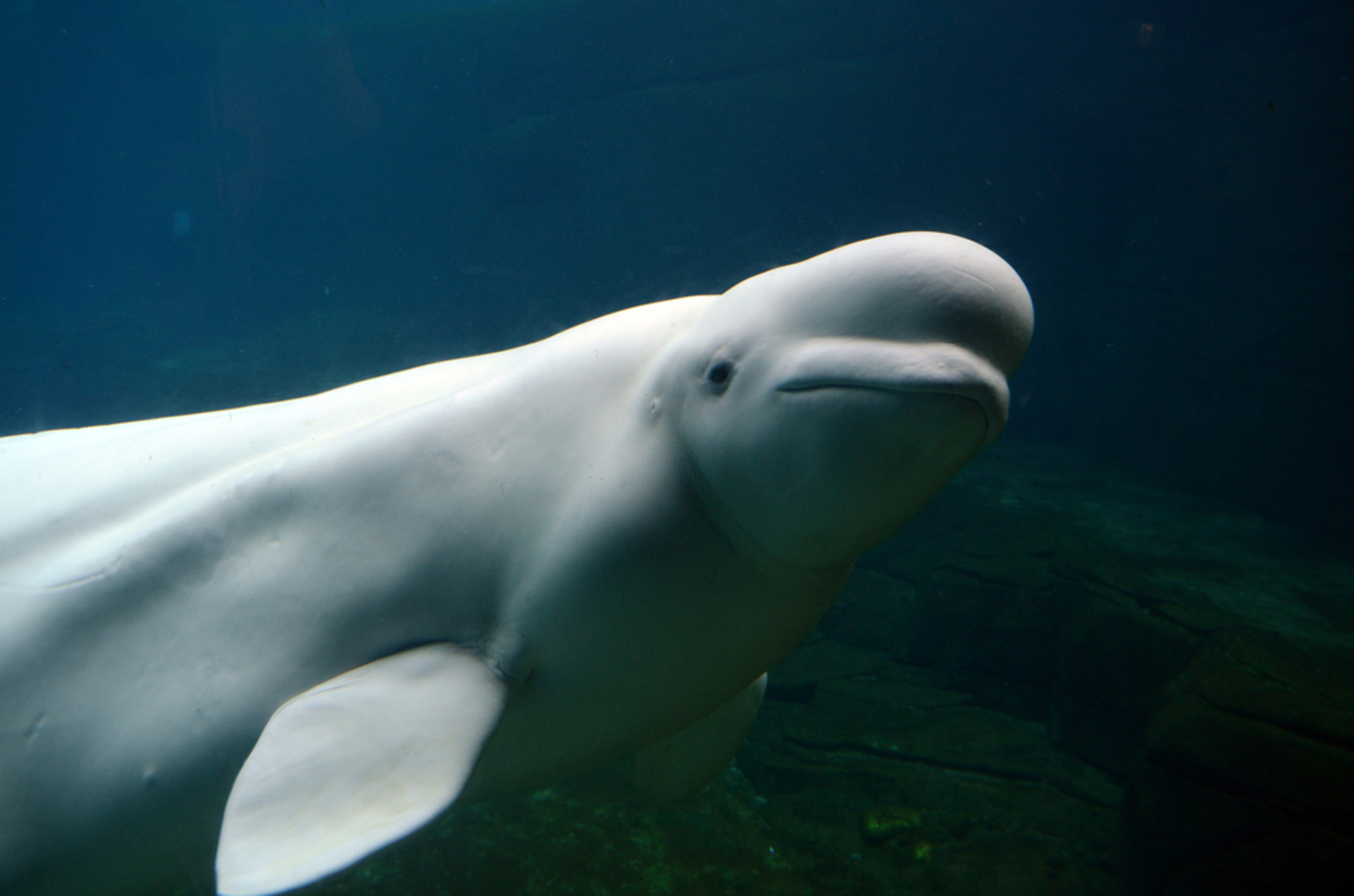 She was the whale who inspired millions. And the first beluga born in a Canadian aquarium. Qila, Vancouver Aquarium’s long term resident beluga, died last Wednesday. She was 21 years old.

While the cause of her death is still unknown, a life in captivity is hardly what this animal deserved. Unlike other captive marine animals who were captured from the wild and forced into captivity, Qila was born in the aquarium, meaning she never knew the life she could have had. Beluga whales.

Beluga whales are amazing creatures, typically found in the Arctic and sub-Arctic regions of our planet, who generally live together in pods. They have very advanced language, which includes a wide range of vocalizations: clicks, whistles, and clanging noises. They are highly intelligent and have even been known to mimic human voices! They play a critical role in balancing their native ecosystems by feeding on the most common marine species in the ecosystem, preventing them from becoming overabundant. While searching for food, belugas can dive to a depth of up to 1,000 feet, but have been known to dive down twice as far as that.

Sadly, belugas’ way of life in their wild habitat is under threat. Underwater noise pollution (driven by factors such as offshore drilling, sonar testing, and ship movement) seriously interferes with these animals’ ability to communicate, travel, hunt, and breed. Beluga whales are listed as near threatened on the IUCN Red List, but a specific subspecies called the Cook Inlet beluga is listed as“critically endangered,” with a 50 percent chance of going extinct within the next ten years. And on top of these horrors, belugas, like Qila and her parents, are forced into a life in a fish bowl.

Given what we know about how captivity impacts marine animals, Qila’s life and untimely death could be linked to the lifetime she spent in an unnatural habitat. Some argue that captive-born animals grow used to their environment as they know nothing else, but to say that would betray the innate behaviors and habits these animals possess. Denying a wild creature their born-right to express themselves undoubtedly causes them a great amount of stress and frustration which can negatively impact their long-term health.

According to the Aquarium, beluga whales can live up to 30 years old in the wild whereas other sources say they can live as long as 70 years. If the latter is true, Qila’s life could hardly be called a long one. While this aquarium may have cared for her as best as they could, the fact remains: wild animals belong in the wild.

When visitors saw Qila at the Vancouver Aquarium, they saw a beautiful white beluga. Animal behavior experts, on the other hand, saw something different.

Rebecca Ledger, an expert in animal behavior, told The Province that Qila exhibited signs of stereotypy, a highly repetitive behavior which is common amongst captive-held animals. It’s thought this behavior is evidence of stress or boredom in animals. Qila regularly swam one length of the pool upright and another length upside down, an action that seems similar to pacing. The Aquarium itself pointed out that Qila “[spent] up to about one-third of a 24-hour period engaged in a swimming pattern, mostly during daytime hours.’’  This predictable pattern was a clear sign of Qila’s derailing mental health.

“It is particularly clear when she is swimming quite vigorously and even looking around,’’ Lori Marino, executive director of Kimmela Center for Animal Advocacy, told The Province. “At that time she isn’t sleeping and yet she keeps circling and repeating the same pattern. It is a stereotypy and indicative of psychological disturbance.”

This poor whale likely suffered not only mentally, but also emotionally. In 2008, Qila gave birth to a calf named Tiqa but sadly, the calf died three years later due to pneumonia – an illness that is common in captive marine animals. Beluga’s share a very close bond with their families and possess emotional abilities similar to humans, so the loss was likely hard-felt by Qila.

With the loss of Qila, Vancouver Aquarium was left with one remaining Beluga whale, Qila’s mother 29-year-old mother, Aurora. However, the Aquarium has reported that after Qila’s passing, Aurora started suffering from abdominal cramps and inflammation, the same symptoms that Qila experienced before her death. Unfortunately, Aurora passed away shortly thereafter. The cause of the illness remains unclear, but the loss of the Aquarium’s belugas comes with an important message – these animals do not belong in captivity. And this sentiment is hardly exclusive to Vancouver Aquarium.  SeaWorld has lost more than 100 whales in the past 50 years – many at surprisingly young ages or from seemingly preventable illnesses. The reality that we’re learning more every day is the stress of captivity compromises marine animal’s health which leads to such tragic deaths. We need to stop and ask ourselves if it is worth it – all for the sake of our entertainment.

If you don’t agree that whales should be confined in a concrete pool and robbed of their freedom, the best thing you can do is boycott all facilities that hold animals captive.  By visiting an aquarium and paying for a ticket, you are paying to keep wild animals in captivity.

Share this article to spread this important message and together, let’s put an end to animal captivity.