3 Awesome Programs That are Helping Unadoptable Cats Thrive by Giving Them Jobs! 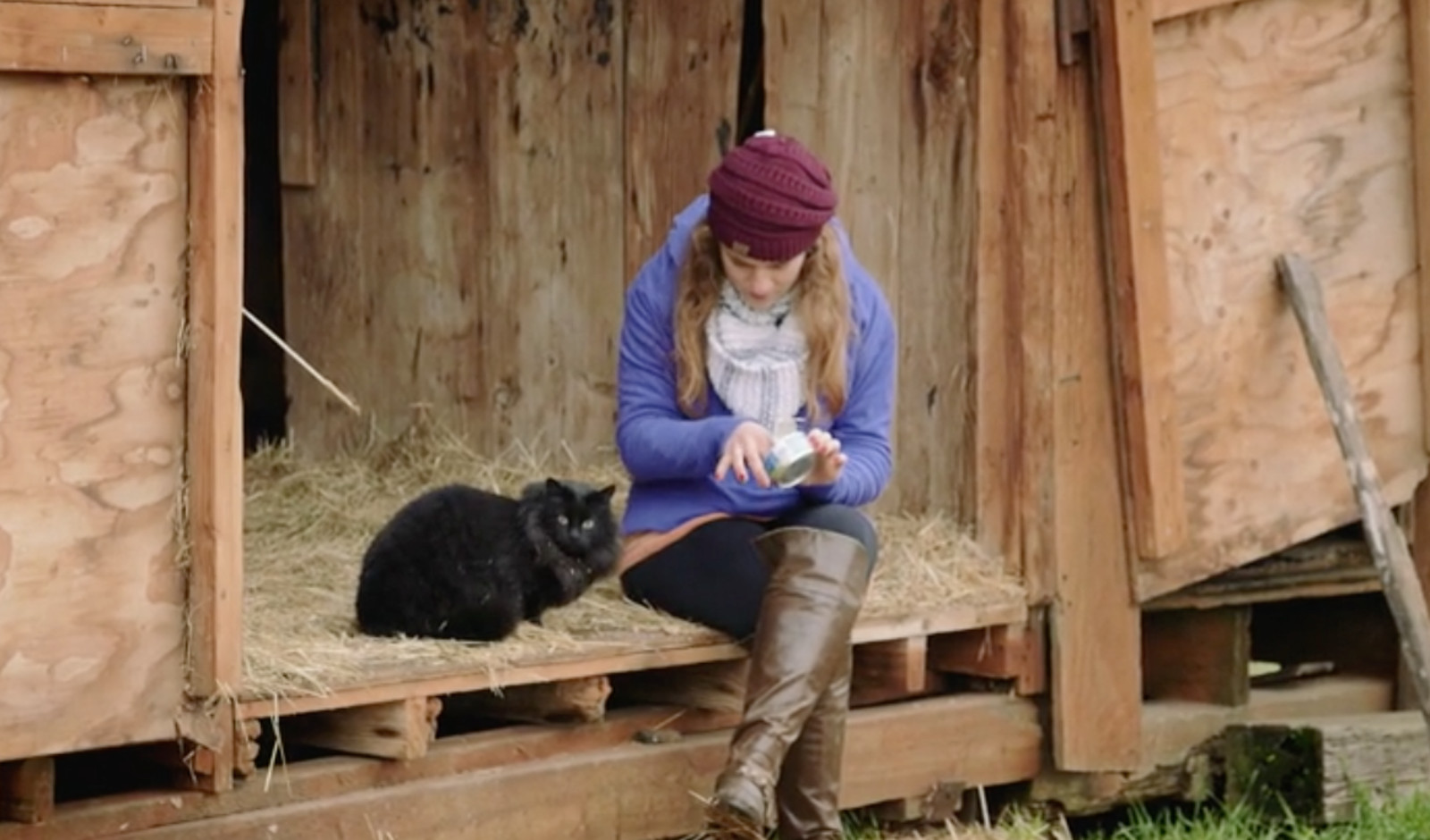 Despite their adorableness cats are also very stealthy predators. You may have experienced this on your way to get a glass of water in the middle of the night only to be caught entirely off guard by a poaching feline… But beyond attacking your feet cats are a wonderful way to clear an area of rodents without using pesticides or awful traps. Just their presence alone sends out a clear signal to smaller visitors to move on elsewhere.

Although they have been domesticated over the course of thousands of years, cats have maintained their natural hunting instincts and many love nothing more than the thrill of catching their very own dinner. For this reason, many feral cat colonies are able to thrive, surviving only on what they can catch. However, despite the ability of many cats to survive on their own, the sad reality is that there is an enormous feral cat problem in the U.S. There are around 70 million homeless dogs and cats wandering the streets of our country, the majority of which are cats. When feral cat populations grow too large, these animals can easily disrupt the natural balance of their ecosystem, wiping out native bird and rodent populations and causing more harm to their ecosystem than most people realize. In an effort to curb feral cat populations, Trap, Neuter, Return (TNR) programs exist to humanely keep colonies from spiraling out of control.

Additionally, many organizations actively rescue cats from the streets and place them into shelters in the hopes that they will be able to get the proper care they need from loving families. Unfortunately, not all cats thrive in a home setting. For cats that have grown up without human contact, they may be skittish and unsocial which leads to them not getting adopted and spending their lives in small cages or sometimes even to euthanasia. The good news is people are beginning to recognize that cats present a unique skill set that can benefit people too. And that’s why cats are becoming some of the most sought after employees of 2016!

Ironically the home of the world’s most famous mouse is also one of the first places to put feral cats into work. In addition to princesses and magical creatures Disneyland is home to about 200 feral cats who keep other unwanted animal guests from taking over.

Most guests will never see the cats as they tend to come out at night after things quiet down (hey no one likes tourists!). The staff keeps feeding stations hidden all around the park and they participate in TNR programs so that the population doesn’t grow out of control. For the most part, the cats stay hidden and spend their days inspecting the dark corners of castles and caves while the humans are out having fun. As the cats state on their site, “without us, rodents would run amuck and the entire population of Disneyland would be a lot less cute.” Should any cats begin to get social or show a desire to interact with humans the staff works to get them adopted out. And while the cats may be low-key, they run an active social media campaign. They keep cat lovers up to date with their stories, even posting  throwback Thursday stories of the early days  like when one cat kept breaking into the popcorn station to lick the butter before falling asleep inside. They also have their own Facebook, Twitter, and Instagram pages (naturally).

Of course, not everyone gets to go live at Disneyland. But from a cat’s perspective., the next best thing would probably be life on a farm! And that’s what one amazing group SpokAnimal in Spokane, Washington is helping make happen. This organization has been placing shelter cats at barns for eight years now as part of it’s popular Farm Livin’ program. What started with some flyers and press releases quickly became a huge success with local farmers and then saw an even bigger

What started with some flyers and press releases quickly became a huge success with local farmers and then saw an even bigger surge after a video about their program”From Feral to Farm: A Cat’s Life” was shown on Animal Planet.

They have placed over 1,700 cats since 2009 and even work with cats from other cities to help with the demand. Farmers know that they best way to handle rodent problems is to let nature do its thing and having cats around is a surefire way to keep the barn clear. In exchange for their hard work, the cats get plenty of food, a life of activity and shelter. And even more important is that it allows the shelter to maintain its vision of being a no-kill facility. All of their cats are spayed/neutered prior to placement. Once the cats are placed, their new humans are given instructions on how to acclimate them and follow-up from volunteers is maintained in order to help with the transition. If that’s not great enough they also offer all the tools you need to start a similar program for your town such as press releases, adoption scripts, and examples of flyers and posters. 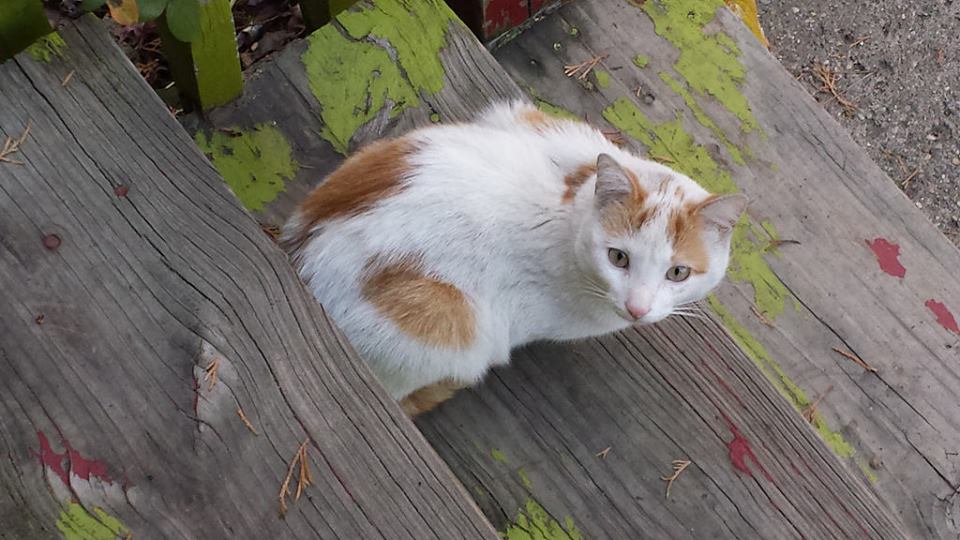 So what if you’re a city cat? Well, then you get to go do cool hipster stuff like work in beer warehouses! And that’s exactly what happened to a crew of cats from Tree House Humane Society, a no-kill rescue and rehab organization for sick, abandoned, and feral cats.  As part of their Cats at Work Program, they work with the community to help put cats to work and save homes and businesses from having to use chemicals and traps to keep unwanted visitors like mice and rats away. And it’s not just because people are scared of them but for some, like the people of Empirical Brewery in Chicago, keeping rodents away is integral to protecting their business.

At one point they were losing a lot of grain as mice and rats were eating their way into the 50 pound bags. “Rodents are attracted to the extremely high-quality grain that breweries stock 50-pound truckload. To the rats, it’s like a ‘giant block of cheese’,” Empirical owner Bill Hurley said. Exterminators only helped in the short run. Today, the patrol is run by four cats, three of which were named after Ghostbusters characters Venkman, Ray, Egon, and Gozer.  Along with a fair exchange of food and shelter for rodent control the brewery has received a lot of publicity from the cats while also alerting people to the benefits of cats at the same time. Talk about working together!

Empirical Brewery is only one of many businesses that are beginning to see the advantages of having cats on-site. In fact the program has become so popular that Tree House  Cats at Work Program Manager Paul Nickerson has a long list of applicants and a packed schedule of visiting potential homes, businesses and outdoor sites. He first recognized the benefits of having cats when he took some in five years ago. Between living near a river as well as an old factory that was being torn down the rat population in his yard was exploding. Paul says that about 10-15 days after releasing the cats (first he spent time getting them acclimated) the rats were gone. He began volunteering and now he’s part of the team that gives cats that would likely not be adopted a chance at a good life. You can learn more about the ever-changing cast of furry characters on their website The Real Treehouse Cats of Chicago.

A Better Life for Cats

We’re so excited to see cats get a chance to live their lives joyfully and to see humans recognize the value in having them as co-workers. On top of that we are using natural resources rather than spraying cancer-causing chemicals everywhere. As Paul Nickerson states, “this is the only organic, non-toxic solution out there and it happens to be the most effective.”

If you would like to support these 501c3 charity organizations you can donate to SpokAnimal and donate to Treehouse Humane Society to help them continue saving lives.