Police Officer is Fired After Shooting a Small Dog for Barking 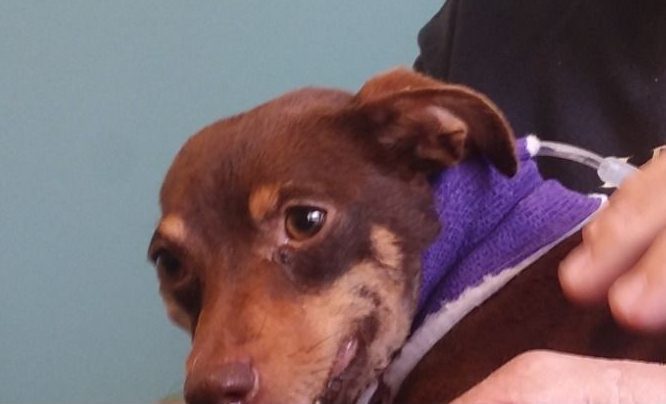 Cruelty to animals is always disheartening like when a man wanted to euthanize his two dogs that lived with him for 10 years just because of his girlfriend’s allergies. There was also the dog who was hung and had acid thrown on him and a small terrier who was stolen from his home and dumped in a recycling bin. But recently, in Arkansas, a dog was hurt by someone who should never unnecessarily harm anyone… a police officer.

Deputy Keenan Wallace, who was surprisingly a K-9 handler was speaking with a homeowner. Two dogs were running around the yard, and when Reeses, a small chihuahua began barking, Wallace immediately shot her in the face. She is seen in the video yelping in pain and squirming on the ground after being shot. Reeses unfortunately suffered a shattered jaw, but fortunately survived the shooting. 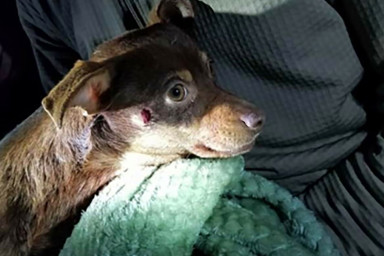 When the video was released, Faulkner County Sheriff Tim Ryals released a statement saying that Wallace was fired. Ryals stated, “Our Department is saddened about this incident and apologizes for any distress and disappointment this incident has caused anyone who was affected by this disheartening event. We will keep Reeses in our thoughts through the recovery process.”

Although Reeses survived, she is still undergoing surgeries and not completely out of harm’s way. Reeses’ story is even sadder considering she had been abandoned just a few weeks before the shooting. A man named Doug was taking care of her because she was just left behind by his neighbors. He looking after her when this unfortunate incident happened.

We hope Reeses makes a full recovery and finds her forever home with Doug or anyone who will love her and take good care of her.