After Surviving Being Poisoned and Abandoned by a Cruel Person, Rango the Dog Finds a Forever Home 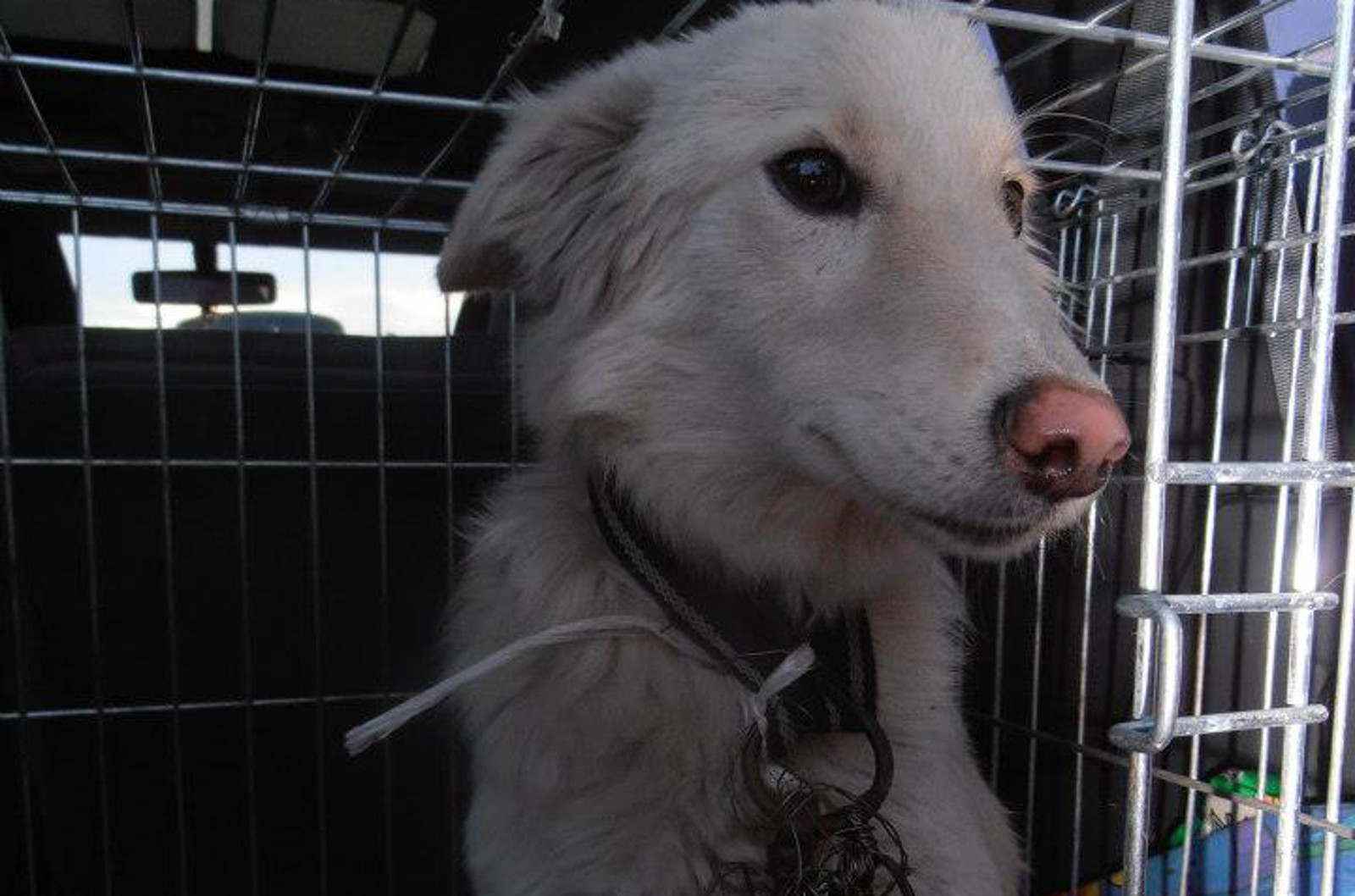 Unlike many of the dogs in Bulgaria who are homeless, Rango started his life in the care of a human family. While one might think that this would be a blessing for this young dog, Rango’s family was hardly that.

You see, Rango had a home, however, it was not the kind of home that any living creature would ask for. His owner kept him chained in the garden all day long and he was never allowed to come inside or given the love or care that a pet deserves. Denied basic necessities such as ample food or water, life was downright miserable for Rango.

Getting “Rid” of Rango

As Rango grew in size, he started to take up too much space and required more food that his owner was willing to purchase for him. So, rather than giving Rango up for adoption or finding a new home for the dog, his owner decided to poison him.

The woman fed Rango rat poison thinking it would be a quick and easy way to solve her problem. However, after hours of waiting, it seemed as if the poison had not affected Rango at all, so she asked a friend to drive him far away and abandon him in the middle of nowhere. Although he was finally free from the abuse of his owner, he had never known anything else, and to the woman’s horror, Rango found his way back home.

Knowing that the dog was starving and would likely eat anything, she soaked a slice of bread in household bleach and fed it to him. Just as she expected, Rango’s hunger got the better of him and he ate the bleach soaked bread. She waited for the poison to kick in, but again, much to her annoyance, Rango didn’t die. The bleach didn’t affect him at all.

Luckily for Rango, his suffering did not go unnoticed. A man named Todor Sotirov had witnessed the whole saga and decided to call for help before the old woman succeeded in her mission of killing the dog.

When he brought the starving dog to the Animal Friends Foundation Burgas, Rango was wrapped in belts, chain and wires. All of this was used as his collar. 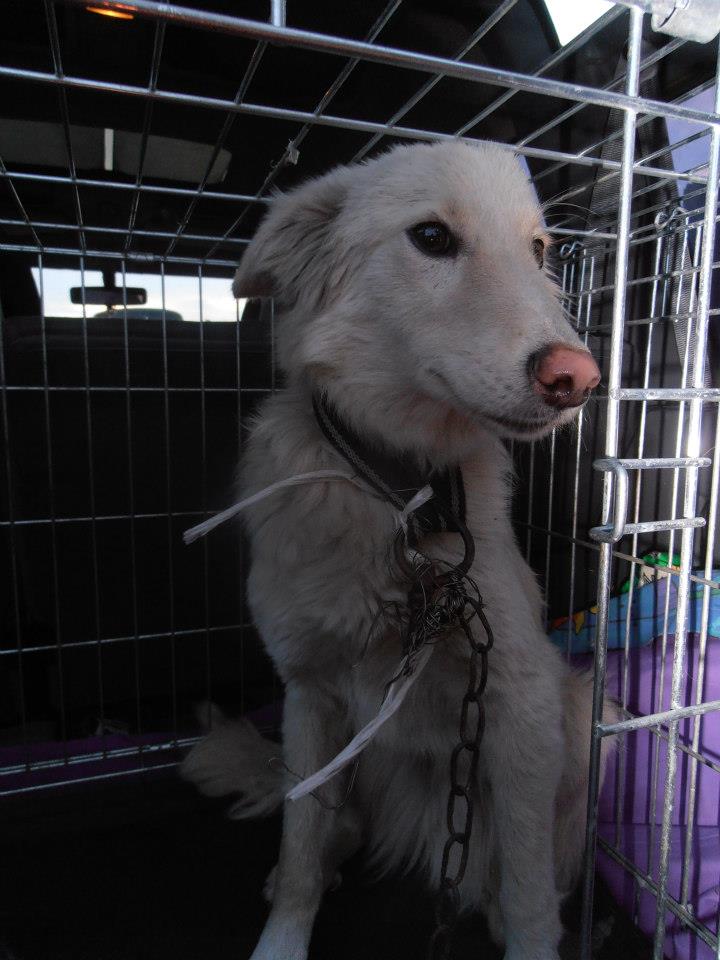 Workers at the shelter said Rango was so gentle, trusting and naive, you could never guess the horrors he had endured. Even though his owner abused him and tried to kill him so many times, she was all he had and his loyalty to her never faltered. But now, he had other, better people in his life to love, appreciate and care for him. Shelter volunteers believe that this was the very first time he had ever experienced what it was like to be hugged or pet. 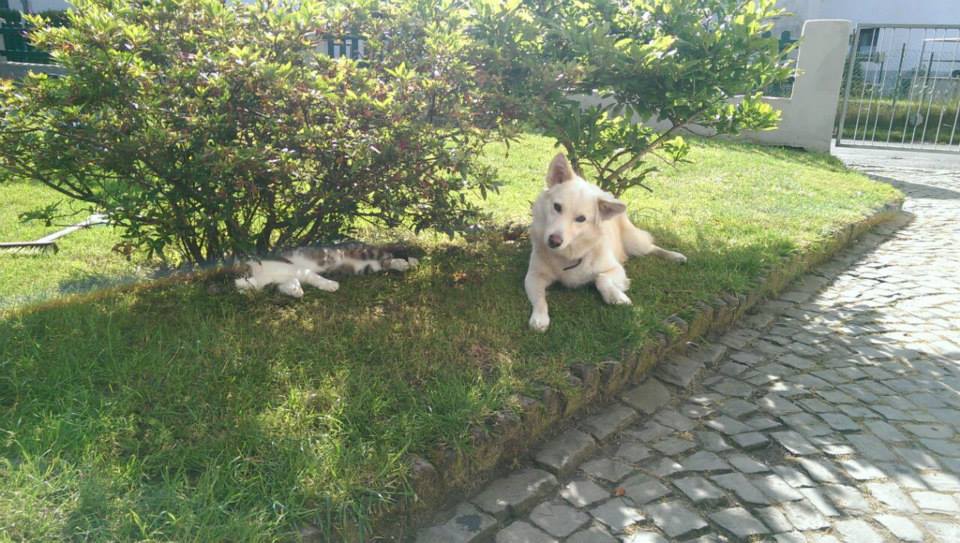 Surprisingly, after receiving a thorough examination, Rango was given a clean bill of health. With the vet examination passed, Rango was ready to find a new forever home.

It only took a few months before a family in Germany adopted this amazing survivor. Finally getting to experience the loving, caring home he always deserved, Rango has never been happier. 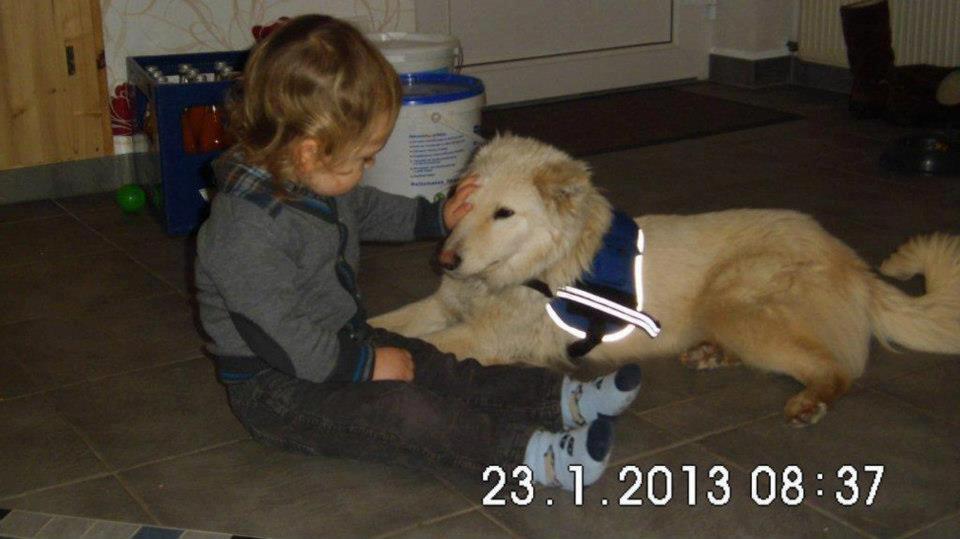 Help Build a Rescue Center for Others Like Rango

The Animal Friends Foundation Burgas, run solely by volunteers, helps so many needy animals in Bulgaria. This small and humble foundation takes in 120- 150 animals every month, but the facility they have now is nowhere near being big enough to care for them all. Rango is just one of countless animals whose lives have been changed thanks to this incredible organization. 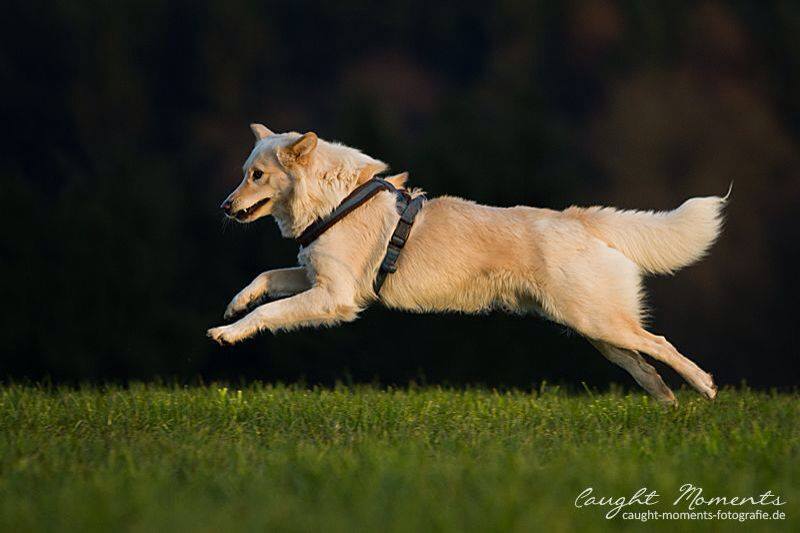 Animal Friends Foundation Burgas is currently working on plans to expand their rescue center, but they are in severe need of funds. To learn more about the amazing work that they do or to make a donation to this very worthy cause, click here.