You Are What You Eat With: Why Saying Yes to Plastic Straws is a Big NO for the Planet 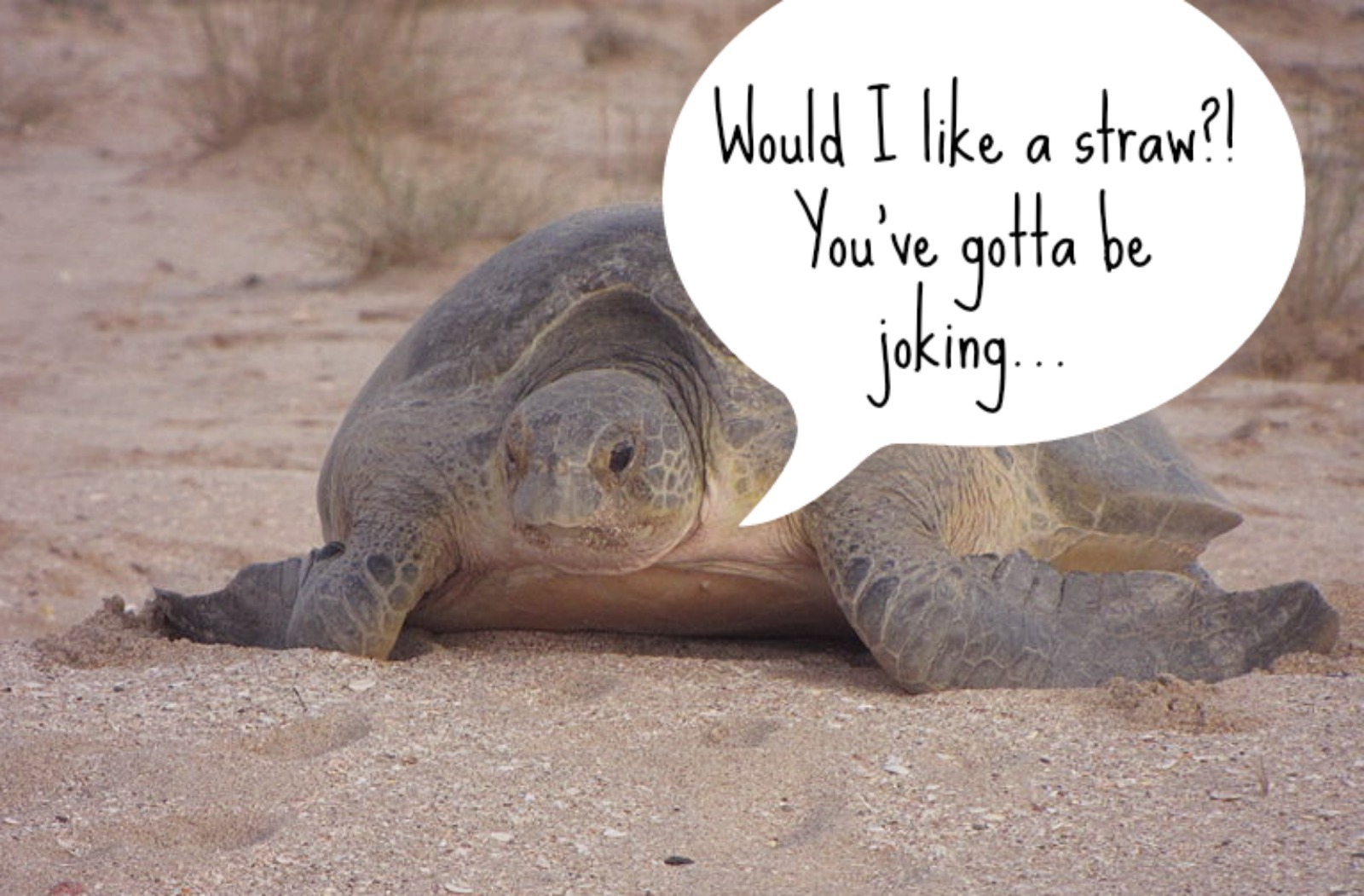 Described as an “obesity epidemic,” the booming growth of overweight peoples worldwide has caused an upward trend in those with diabetes, heart disease, strokes, and even certain kinds of cancer. To help combat this recent trend, the saying “You are what you eat!” has become a popular slogan that is used to help give a simple to understand (though incredibly vague) idea of what is healthy for the average person to consume. Though it is important for us to focus on destroying this epidemic and the life-threatening diseases it can cause, there is another unhealthy addictions that we as humans tend to overlook, and it can also be observed in the comfort of our favorite restaurants.

Wait. Are we talking about a straw addiction here? Yes, and in response to that follow up question, “who cares?!”In short, you should!

Straws (along with other plastics) are super destructive when discarded into the environment. Seeing as how most people tend to see straws as a simple way to avoid “germs” on restaurant glasses (Really guys? You’ll eat off of previously used plates, spoons, and forks, but glasses are the main priority?), straws are often left to float on the surface of the ocean where they slowly degrade into a toxic mess or are consumed by confused organisms.

In the last 25 years, over 6 million straws and stirrers were removed from beaches during annual cleaning events. Add this to the minefield of plastics that are swept away from ocean shores by wave action or other forms of water runoff, and you’re looking at the destruction of planet earth’s seas.

Perhaps it’s time to realize that HOW we eat (or drink, for that matter) is just as important as WHAT we eat. Here are four things that each of us should remember before we accept our waiter or waitress’ offer to use straws. 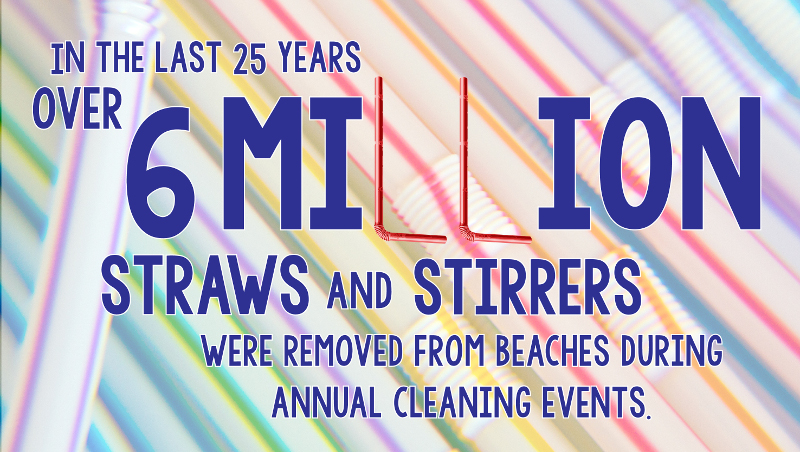 1.  Straws Rank in the Top 10 for Marine Debris

Constituting more than 90 percent of all trash floating in the world’s oceans, plastic products, in general, are considered to be the most detrimental man-made item in the oceans. When ranking all plastic products, straws never fail to make it onto the Ocean Conservancy’s top 10 most collected items at beach cleanups. In fact, the 2014  list ranked straws as the number five most popular found item behind bottle caps, wrappers, and cigarette butts.

What’s sad about this fact is that while items such as plastic bags can be used over and over again (though most people don’t seem to utilize this fact…), straws are a one-time-use product. Mainly found in restaurants, straws can’t be washed as they can easily melt and leak toxic chemicals onto other dishes. Why even bother to use something if it can only be used once? 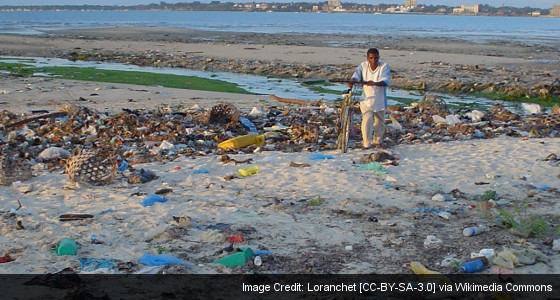 So plastic is pretty destructive, but what exactly is so bad about it?

Well, since we’re focusing on straws here, let’s talk about what these plastic drinking devices are made of. Straws consist of the petroleum bi-product polypropylene, which is essentially the same stuff that fuels our cars. (And we put that in our mouths? Ew!) This bi-product does not easily degrade naturally in the environment, and ends up floating across the oceans until it is consumed by some aquatic organism.

According to the Plastic Pollution Coalition, “Every bit of plastic that has ever been created still exists, including the small amount that has been incinerated and has become toxic particulate matter.”

In 2012, over 32 million tons of plastic were discarded with most of it ending up in our oceans. These plastics were then either consumed by aquatic organisms or sucked up into oceanic gyres where human waste products accumulate and float as make-shift islands … forever. When plastics, such as straws, do begin to degrade, they release harmful toxins that can pollute aquatic ecosystems and ultimately destroy the environment. 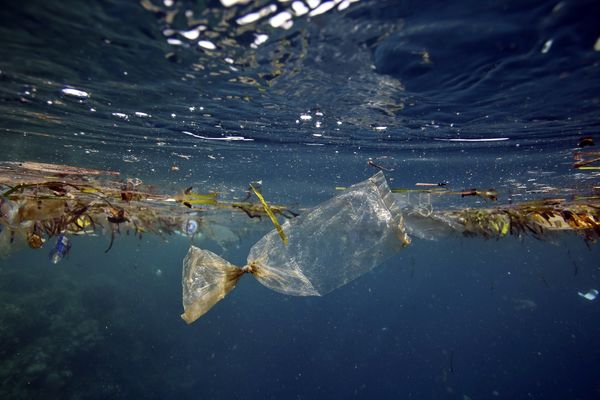 3.  Straws are Easily Swept Up Into Gyres

In oceanography, the term “gyre” refers to any large, circular ocean current caused by the combination of the planet’s rotation and Earth’s wind pattern. The circular movement of gyres draws in debris that, eventually, becomes trapped. As more and more debris accumulates, garbage patches form and – seeing as how most oceanic trash is composed of plastics – float forever. You thought Sharknado was terrifying, well the Strawnado is worse.

The most notable garbage patch in the ocean’s today is the Great Pacific Ocean Garbage Patch, which is estimated to be roughly the size of continent. The patch contains about 100 million tons of debris with about 80 percent of that debris originating from products that are used in land-based activities. This indefinitely includes straws used for drinking.  When concentrated in such large quantities, the trash collected in the vortex can only break down partially. Once these objects do begin to break down, they leach toxins into the ocean, contaminating marine food chains. With mercury poisoning already soiling your beloved fish, how would you feel if you knew that plastics are now pleasuring your taste buds?

4.  Straws and Other Plastics Can Kill Marine Life

Over 1,000,000 seabirds fall victim to plastic consumption annually. In fact, the viral image of the stomach contents of an albatross chick shows the sad and painful result of human errors when it comes to properly disposing (and reusing) items made of plastic. Small straws (such as the ones that accompany juice packets) are often what cause the deaths of sea birds as they can easily be picked up, maneuvered, and swallowed. These straws can then block the airway of birds and cause them to choke.

Birds are not the only victims of plastic consumption. In the North Pacific alone, about 12,000 to 24,000 tons of plastics end up in the digestive systems of fish. While this directly impacts the health of fish, the consumption of plastic products is then transferred into the food chain where animals such as whales, dolphins, and seals are affected. Worldwide, about 100,000 marine mammals unintentionally consume plastic products each year.

Turtles have been observed eating twice as much plastic as they did 25 years ago. Plastic items can easily block a marine reptile’s stomach or even puncture their intestinal walls which ultimately leads to starvation as the digestive system is unable to gain proper nutrients. Furthermore, toxins that are released by partially digested plastics can disrupt an animal’s reproductive system. This has been observed in sea turtles, and since most sea turtles are considered to be endangered, this spells bad news for future populations. 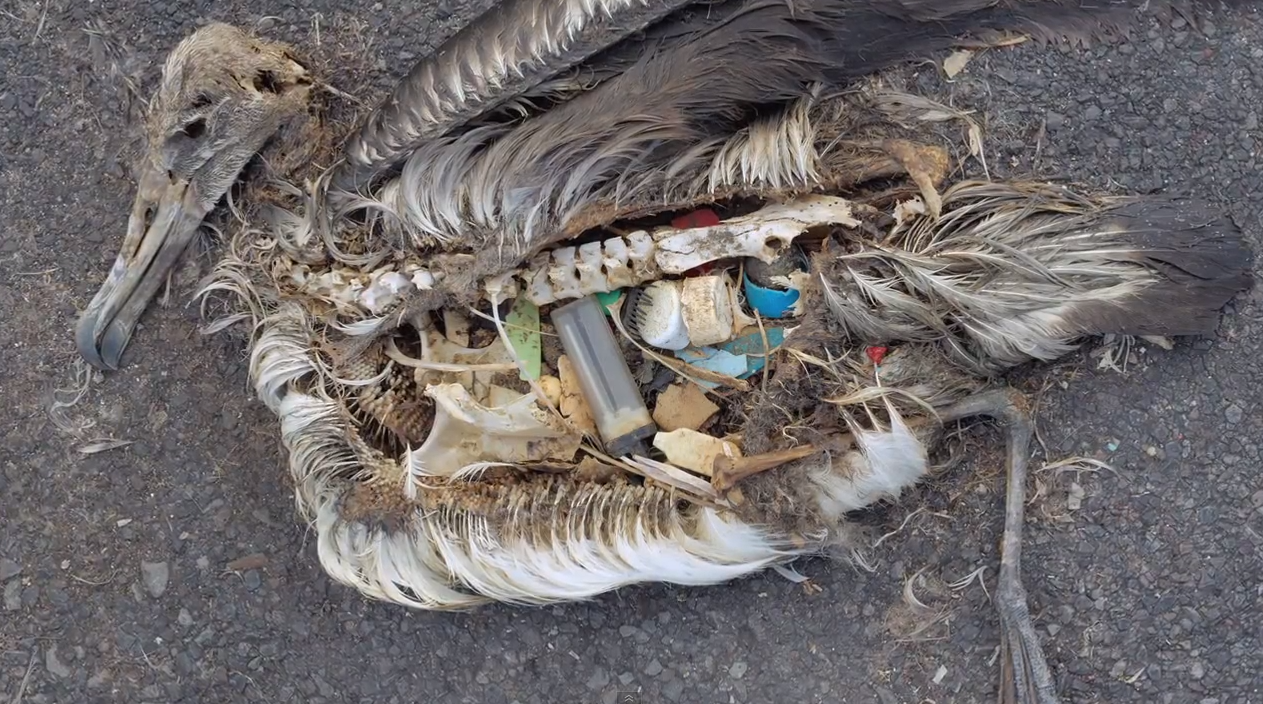 How to Combat Straws

The easiest way to eliminate the quantity of straws in the oceans is to simply stop using single-use plastics.

You might be thinking, “But restaurants will continue to buy straws in bulk. What good will my rejection do?”

Considering the fact that more and more restaurants are using more environmentally-friendly products such as plates, cups, and straws, your refusal to use petroleum based straws can actually do an awful lot!

If you simply can’t put down your bendy straws at home, then try using alternative products. Almost all grocery stores will carry some brand of straw that are washing-machine safe and reusable. Other companies also use bamboo, glass, metal, and even plant-based materials to create their products.

To take your commitment to ditching the straw one step further, take the online pledge to do so through The Ocean Conservancy’s Take the Last Straw Challenge. The pledge aims to persuade the public to reduce and, eventually, cease their utilization of straws as they go out to eat. Do your part, and show us that you’ve had the last straw with plastic pollution!

Together, we can take action and #CrushPlastic once and for all for the sake of marine life – and importantly, us.