This Ground-Breaking Photographer is Helping Farm Animals With Every Click 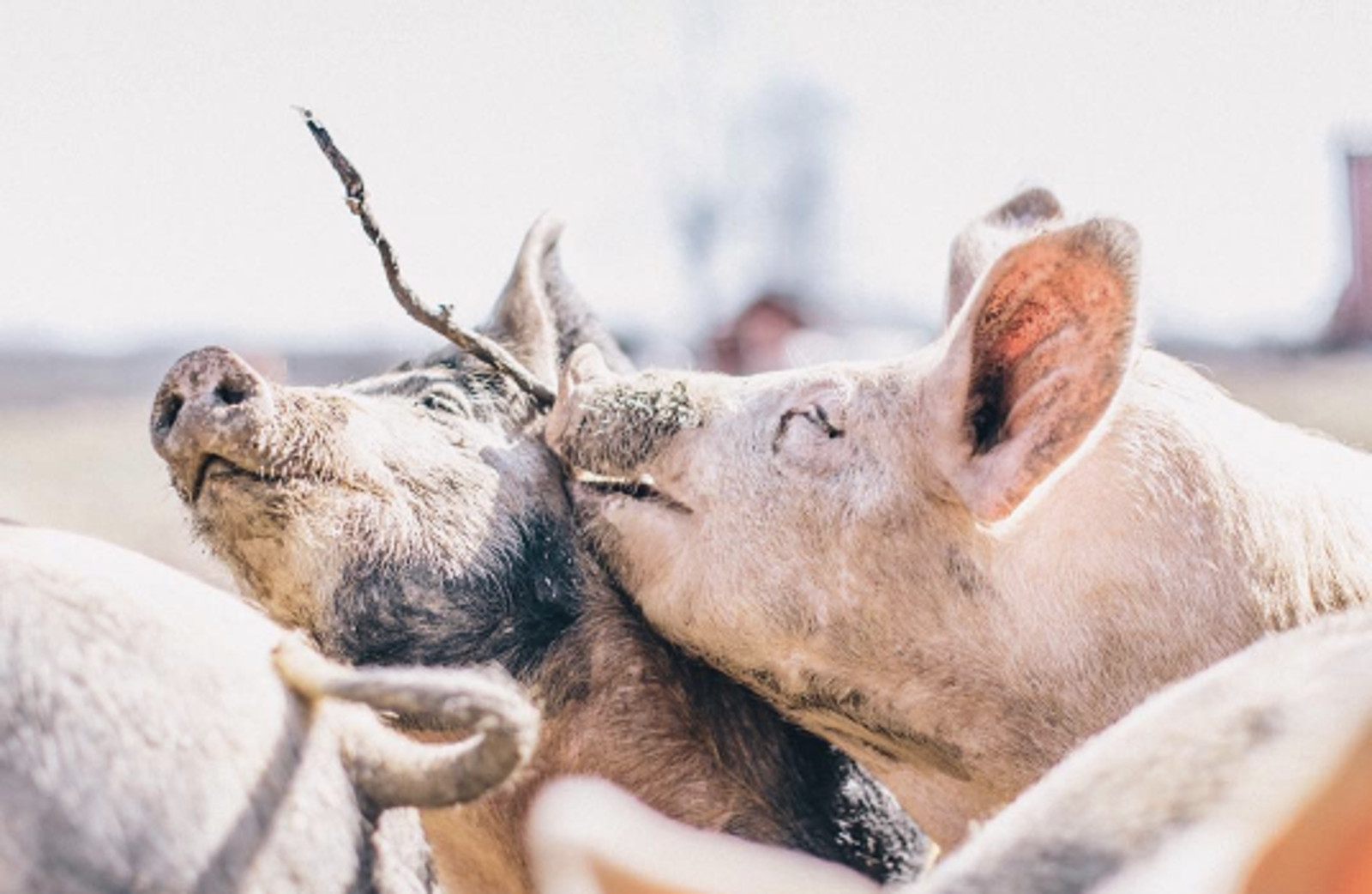 Animals commonly raised for food production, such as chickens, goats, cows or pigs, rarely have the opportunity to be seen as the intelligent, sophisticated beings they are. When we live in a society that has been programmed to view these animals as “somethings” and not “someones,” it often comes as a surprise for many of us to learn that chickens are loving, affectionate mothers, or that cows are capable of sneakily stealing some water behind their human guardian’s back. The truth is, farmed animals share many qualities in common with us: they can be kind, playful, mischievous … or even deceitful, when they want to trick someone into giving them something they want!

The individual personalities of farmed animals are often obscured from our understanding of them, but one photographer called Sammantha Fisher is determined to change that. Her stunning photographs of farmed animals encourage the viewer to see who these animals truly are, while also highlighting the heartbreaking existences that they face within the factory farm system.

For example, the calves in this picture are all male calves destined to be killed for their veal, as they are considered to be useless to the dairy industry. 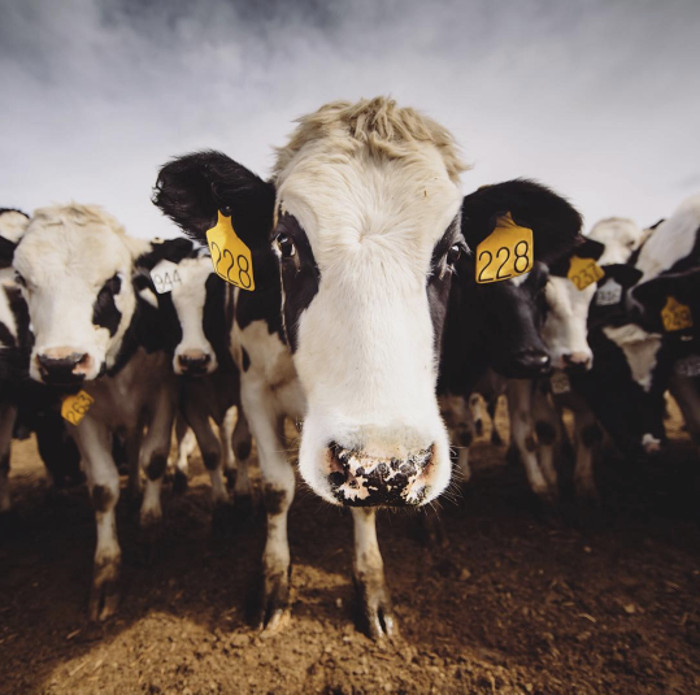 Fisher says that she made the decision to transition to a fully plant-based diet after having to answer questions related to her consumption of eggs and dairy products. “Before I became vegan I always considered myself an ‘animal lover’,” she explained. “Most omnivores would question me when I was vegetarian, asking why I still ate dairy products and eggs. I would honestly feel offended. Wasn’t I doing enough by being vegetarian? No one was dying for my food like theirs. At least that’s what I thought. I literally had no idea the suffering that goes into all dairy products.”

Her pictures ask people to look beyond stereotypical images of animals as mindless, unfeeling creatures who exist only to be used by humans, and to see them as the complex, multifaceted individuals they really are. 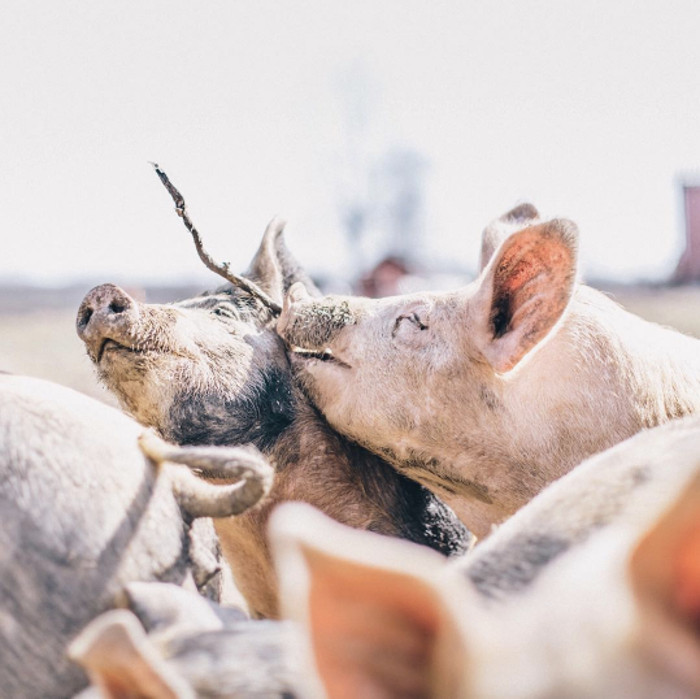 “I wish people looked at pigs the way they looked at dogs,” Fisher said in the Instagram caption for this photograph. “Pigs are actually more intelligent and trainable than dogs – yet most are confined to inhumanely small spaces their entire lives, and are abused and treated with zero respect.” Pigs in factory farms are forced to undergo painful procedures without anesthetic and are never presented with the opportunity to engage in any of their natural behaviors, such as rooting or enjoying mud baths. In this picture’s caption, Fisher vividly brings their fun-loving personalities to life, saying: “These pigs I photographed were friendly and affectionate, played fetch with this stick, rolled and rooted in the dirt and even barked (I’ve never heard them do that before).”

Fisher’s work often involves taking pictures of animals who have been fortunate enough to find a home in a sanctuary that allows farmed animals to live free, natural lives without having to fear human interference. Sanctuaries she has worked with include Rancho Relaxo, Woodstock, Lakshmi Cow Sanctuary, Chenoa Manor, and The Gentle Barn.

In this photograph, taken in Lakshmi Cow Sanctuary, located in Pennsylvania, we can only imagine what this animal may have seen or experienced before being brought to their new home. 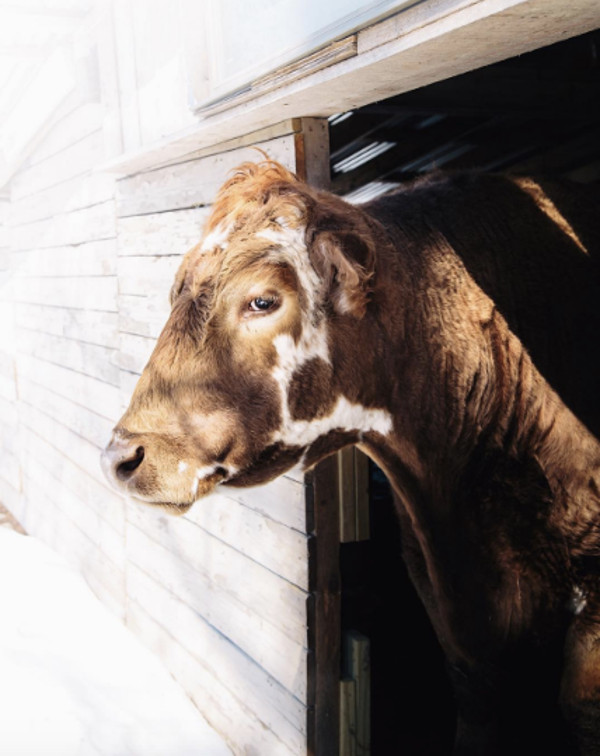 This beautiful image depicts an adorable young goat called Ripley, a former resident of Rancho Relaxo, located in New Jersey, who sadly passed away earlier this year. Fisher describes herself as “forever grateful that I had the opportunity to photograph her sweet soul.” 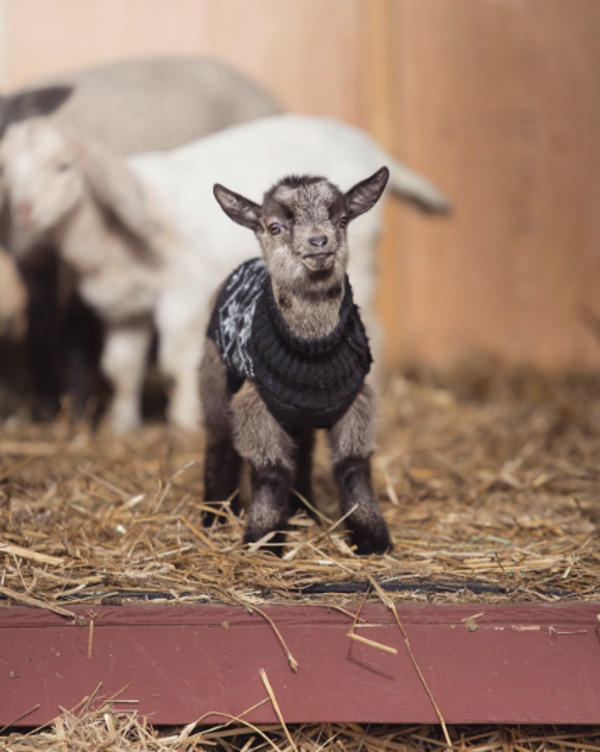 The wonderful friendship shared by Clarabelle and Chewie (two more residents of Rancho Relaxo) is splendidly captured in this photograph. 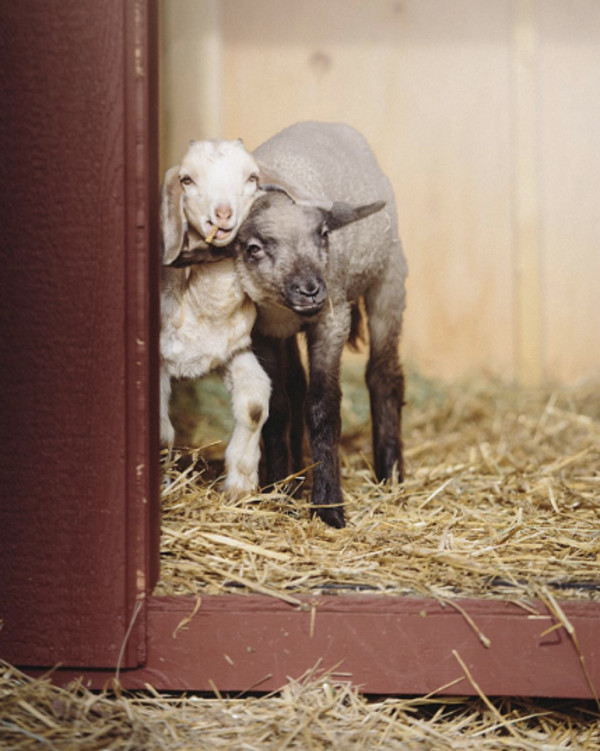 This pensive turkey – a resident of Farm Sanctuary – caused Fisher to reflect on the horrendous treatment faced by these animals on factory farms all over the world. 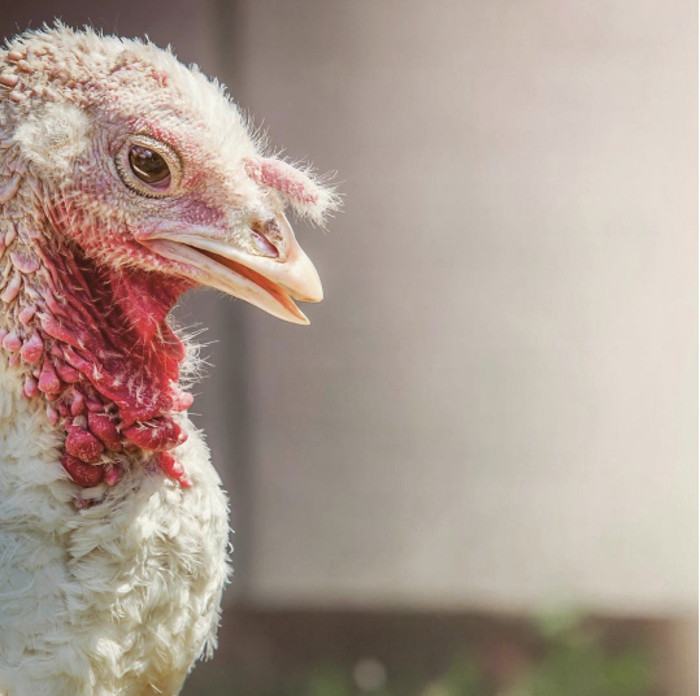 In the caption for the photograph, she explained, “when I look into the eyes of an animal at a sanctuary I always wonder what they’ve seen during their lifetime. Loneliness, unthinkable abuse, awful living conditions, aggression from other scared animals, being surrounded by the dead of their own kind, and constant anxiety and fear. I wonder if they’ll ever feel completely safe after going through that.”

Her images seek to reveal the inherent dignity, beauty, and worth of farmed animals. 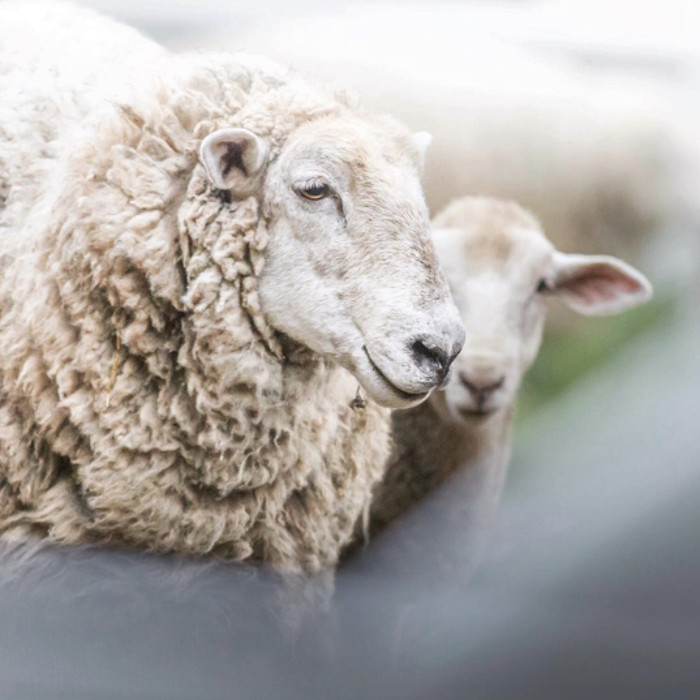 “So many animals are suffering right now,” Fisher says, “and for them, we cannot be silent. I don’t share this content to make people feel bad about their choices. I do so to hopefully educate those who don’t realize what they are supporting, because before (I went vegan) I had no idea, and maybe you are where I was at that time. Maybe after reading this you’ll do your own research and decide for yourself to go vegan – whether it’s for your health and family, the animals, or the environment.” To view more examples of Fisher’s amazing work, visit her website or Instagram page. Prints of her work are available here.

You can learn more about the truth about farmed animals, factory farming, and how you can help end the cruel conditions that farmed animals are forced to endure, by reading the posts below.