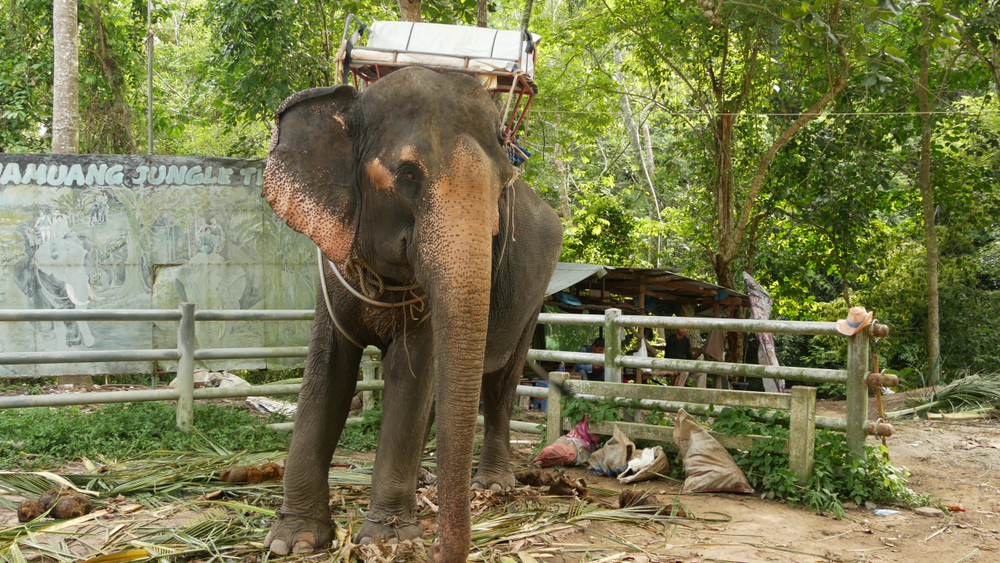 It seems people are coming around and finally understanding that wild animals do not belong in captivity. Thanks to the hard work of activists and reporters exposing the realities in animal attractions, things are changing! Three months ago, giant travel company, TripAdvisor announced that they would no longer sell tickets to dolphin or whale attractions and Booking.com stopped selling tickets to captive animal attractions!

Social media platform Instagram also stepped up and decided to fight the abuse that captive tigers suffer for tourism by setting up an alert system to prohibit selfies with captive tigers on the app. Elephants, in particular, are a wild animal that are often exploited and abused for the tourism industry. Recently, UNESCO World Heritage Site Angkor Wat banned elephant rides and relocated the elephants to the nearby forest.

Ideally, all places will follow Angkor Wat’s lead, but until then the problem has to be tackled in different ways. Travel companies have a responsibility not to promote cruel attractions. That’s why TripAdvisor and Booking.com made the changes they did because people don’t want to support a company that supports cruelty. This petition calls on travel publisher, Fodor’s, which is widely respected and relied upon in the UK to stop promoting elephant captivity!

On their website they describe elephant attractions as places that take care of the animals and claiming that the elephants actually enjoy cruel activities like log-rolling and painting. These animals are meant to be in the wild, where they are taken as babies from their herd. In the wild, elephants are very close to their herds. They share strong social bonds, roam tons of miles, bathe in the mud to protect themselves from the sun, and do many other things that they are never able to experience in captivity.

In captivity, they just suffer. Both their physical and mental health take a toll. They suffer depression and zoochosis and begin to display strange, repetitive behaviors. They’re also physically abused. In order to get an elephant to submit and perform such unnatural tricks, they’re put through a cruel soul-crushing process called phajaan and they are constantly threatened and hurt with bullhooks.

To urge Fodor’s to stop promoting such cruelty, sign this petition!