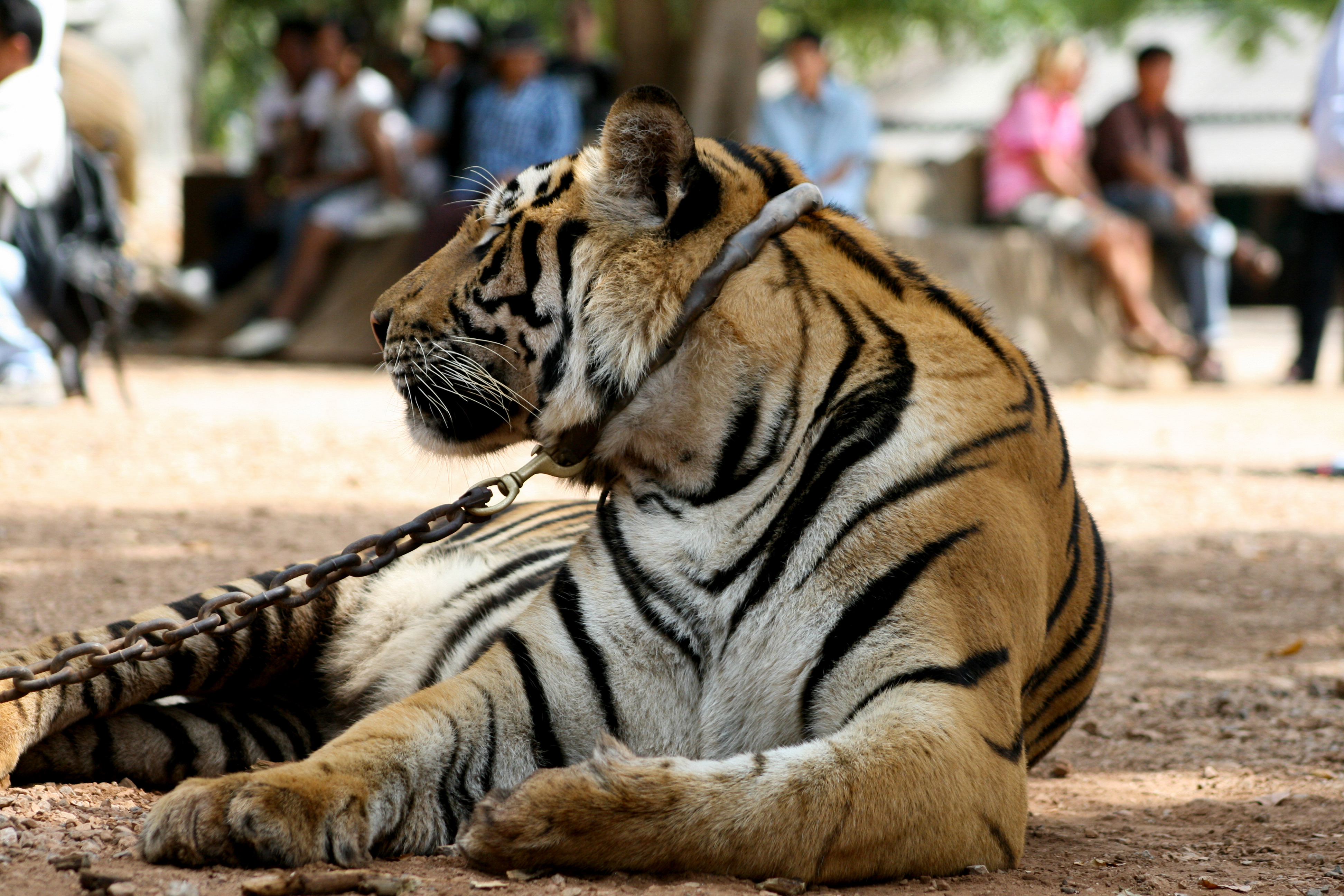 There is no denying that tigers are beautiful creatures. But they are wild animals who should be free to live in the wild. Unfortunately, humans have chosen not to respect these beautiful animals, but instead exploit them. Tigers are taken to be trained for circuses where they are kept in captivity and forced to perform unnatural tricks for entertainment. They are also places that claim to be sanctuaries or facilities dedicated to wildlife conservation that are actually just profiting from the captivity and breeding of tigers. The big cats are also victims of poaching, and are sadly often kept as pets although it’s widely known that they are not pets.

Another terrible thing often done to tigers is that they are kept as attractions for tourists to pet and take photos with. Imagine being chained up and mistreated all so that people can take photos with you and say they saw an exotic animal up close. It’s misery! Yet that is what is done at The Million Years Stone Park and Crocodile Farm near the beach resort of Pattaya in Thailand. A video (now taken down) once went viral that showed a worker poking a chained tiger in the face with a red hot poker.

Apparently, it’s quite common for parks like this to mistreat animals and poke them to get them to roar for the photos. Thankfully, people are starting to realize that posing with wild animals doesn’t make you “cool, tough, or exotic.” It just makes you look like you contributed to the mistreatment, captivity, and exploitation of a beautiful, wild animal. Tinder asked users to take down tiger selfies and Instagram set up an alert for photos containing animal abuse, which gives us hope that there will be less people aiming to take such photos.

However, facilities like the Million Years Stone Park are still exploiting animals. Sign this petition demanding that they stop using tigers as photo props and send their tigers to an accredited sanctuary!