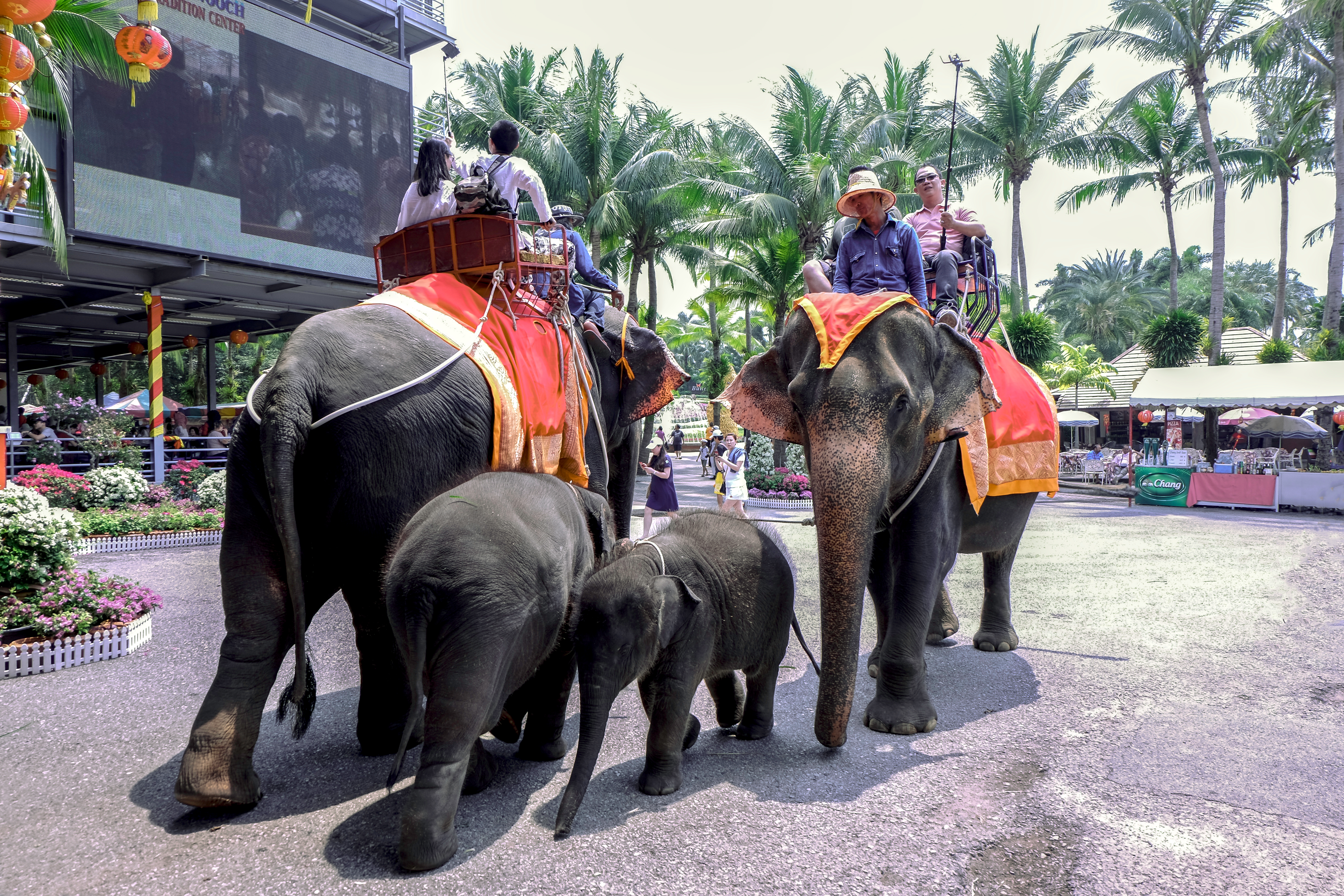 If you’ve ever seen photos or videos on social media of people riding elephants and thought you might want to do try it someday, you should know the conditions the animals are living in. Elephants are exploited and abused to be used for the tourism industry. They are captured from the wild and often separated from their mothers as babies. Because elephant attractions are highly desirable to tourists, people can make up to $60,000 capturing elephants from the wild. Imagine being stolen from your home only to be put through a soul-crushing process.

In the wild, an elephant would not willingly allow a human to ride their back or perform tricks. To force them into doing these things, they are put through a process known as “phajaan,” which means to break their spirit. They are tortured, abused, and frightened with bull hooks in order to be subdued into performing for tourists or giving them rides. Captivity itself is bad enough for the health and wellbeing of elephants. In the wild, they would be with their herd walking many miles a day eating a lot of plants, not chained up for most of the day or forced to carry humans on their backs in scorching heat.

Yet this is how elephants at Nong Nooch Tropical Gardens spend their days. A video went viral of a baby elephant tied to her mother collapsing on the ground. The baby was tied to its mother who was carrying two tourists on her back. It was 40 degrees celsius (104 degrees Fahrenheit), and they were still being forced to give rides without water or food in sight. With encouragement and help from its mother, the baby elephant eventually stood up and had to continue. A tourist can even be heard saying, “oh he’s so tired.”

According to the tourist who uploaded the video after witnessing the poor baby’s confusion and suffering, there are many more baby elephants tied to their mothers all day as they are forced to give rides to tourists in the scorching heat. Nong Nooch commented by saying that the babies there are healthy as are all the elephants. However, World Animal Protection has assessed captive elephants across Asia and found that nearly none are kept in healthy conditions. The only captive elephants in “acceptable living conditions” are those that are not forced to come into direct contact with humans.

Captive elephants are kept in “severely cruel” conditions. You can make a difference by never supporting or visiting a tourist attraction that allows direct contact with elephants or has any captive elephants, and encourage others to do the same. You can also sign this petition which asks Thai authorities to shut down Nong Nooch and send their elephants to an accredited sanctuary.