Petition: Send Dolphins at Dubai Dolphinarium to a Sanctuary! 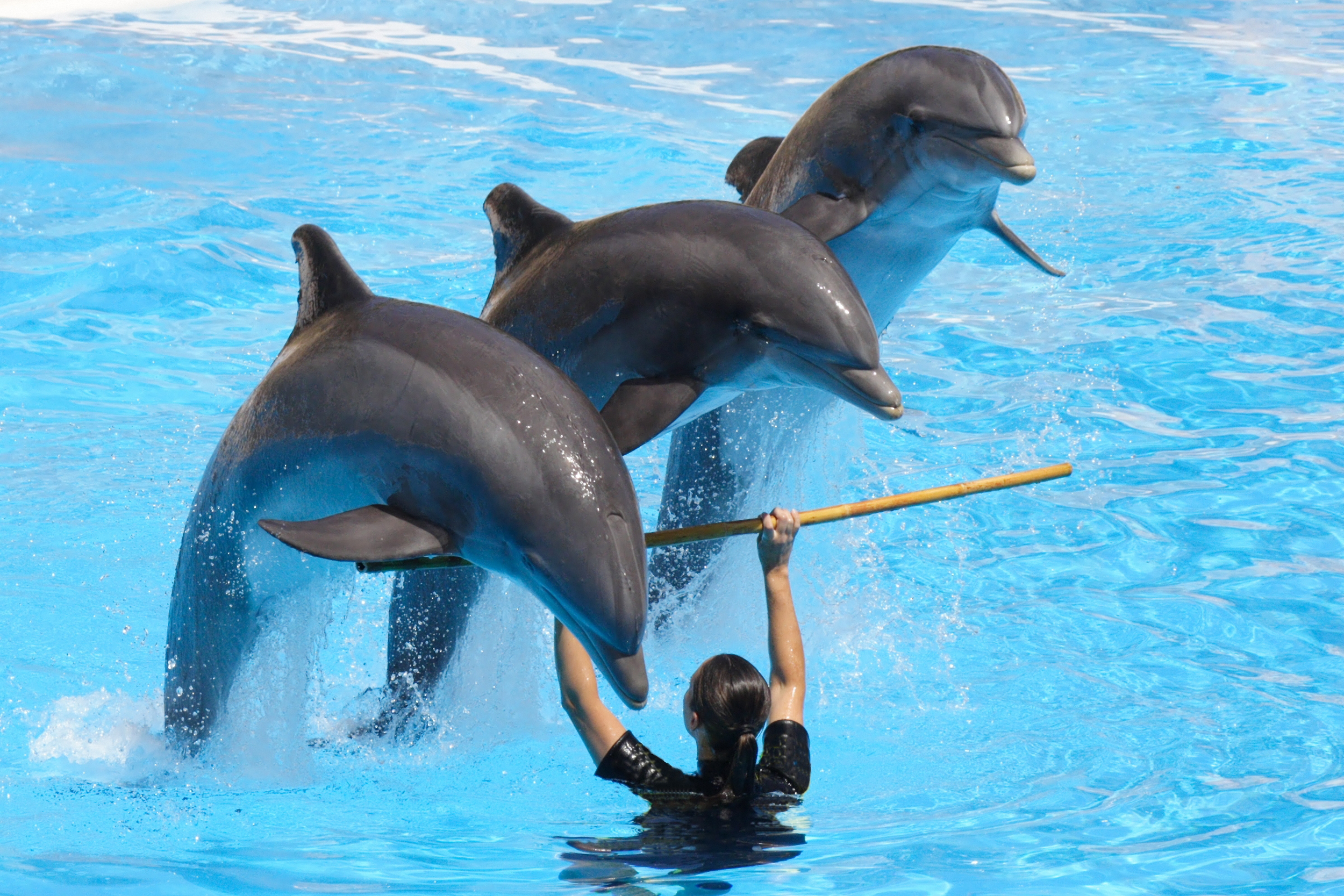 Dolphins do not belong in tanks. They are highly intelligent and social creatures who should be in the wild with their pods. They display emotion and advanced cognition, just like humans. Yet, humans take them from their homes and families and force them to live in tiny tanks where they cannot follow their instincts or live naturally. Many people argue that dolphins in captivity are happy. After all, they always look like they’re smiling and they perform tricks that make people smile. But they aren’t doing this for fun. Their food is kept from them as a reward, coercing them into performing.

Recently, a video went viral that showed a ‘trainer’ sitting on a dolphin outside of the water at Dubai Dolphinarium. These ‘trainers’ would have people believe that they understand dolphins, but clearly they don’t know as much as they would let on. The video was infuriating to experts because dolphins cannot support their own body weight outside of water, let alone the pressure of another body.

Regional director of the International Fund for Animal Welfare, Dr. Elsayed Mohammad told Gulf News: “It is well known that the body of dolphins is very sensitive. The dolphin’s body is not adaptable to any pressure outside water. Pressing the abdomen of the dolphin to the floor can easily harm its internal organs.” The trainer was caught sitting on the dolphin for a few seconds before he threw himself in the water, probably because of the pressure of her body on his.

Not only did this trainer very clearly risk the health and body of this dolphin, but dolphins do not belong cooped up in places like this where they are exploited for profit. At Dubai Dolphinarium, the animals dance, ding, juggle, play ball, and jump through hoops. Guests also pay to swim with the dolphins, as well as hug, kiss, and dance with them. It may seem cute to paying customers, but the exploitation and captivity of a wild animal is cruel.

If you agree, sign this petition asking for the trainer to be charged for cruelty and the dolphins at the facility to be sent to a sanctuary!