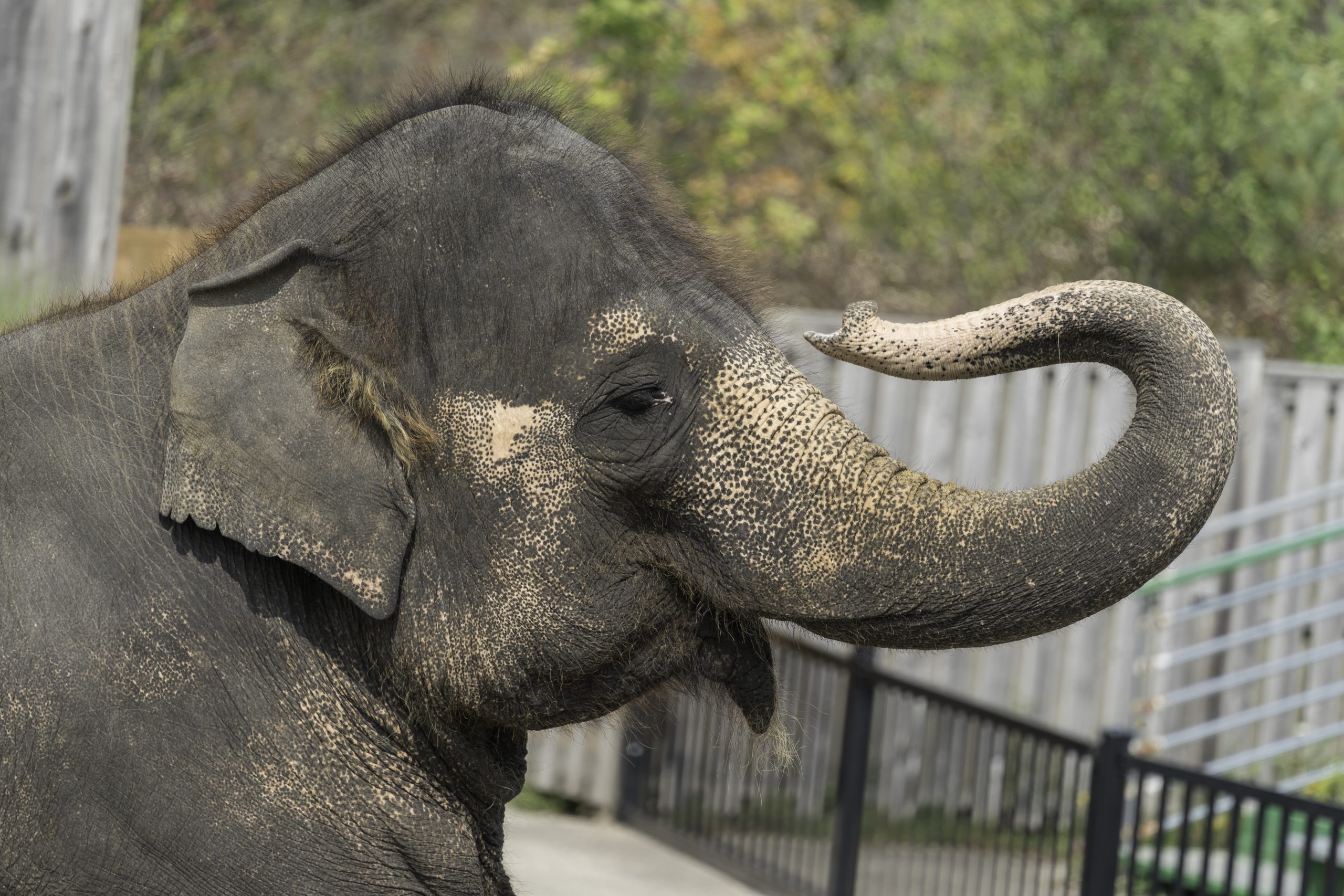 Elephants are gentle giants that are often taken advantage of by human beings. The endangered animals are trophy-hunted, pushed out of their natural habitat, poached for their ivory, neglected in zoos, exploited for various tourist attractions, and forced to perform in circuses. There are some amazing, credible sanctuaries out there for elephants, however, there are also many zoos that masquerade their cruel work as conservation and education.

Recently, In Defense of Animals released a list of the 10 Worst Zoos for Elephants in North America. The number one spot: African Lion Safari, Hamilton, Ontario, they describe it as “the epitome of an elephant exploitation business” – they traffic elephants internationally, force elephants to perform for crowds and carry people on their backs, threaten elephants with bullhooks, and are located in an unsuitably cold climate.

Ontario’s African Lion Safari had been planning to separate two female elephants, 15-year old Emily and 8-year old Nellie, from their mother, and sell them to the second-worst zoo on the list, Fort Worth Zoo in Texas, for two million dollars. This is a common, yet exploitative and cruel practice, that zoos use to gain more customers. Animal rights groups say this high price encourages the capture and trafficking of elephants around the world. It also is extremely traumatizing for elephants to be separated from their herds. In the wild, mother and daughter elephants stay together for life.

Fortunately, the deal between the two zoos has been canceled, however, the elephants are still suffering. Stand up for captive elephants in zoos! Sign this petition to demand they are all sent to an accredited sanctuary for life!

Send Captive Elephants to a SanctuaryClick Here to Sign Petition