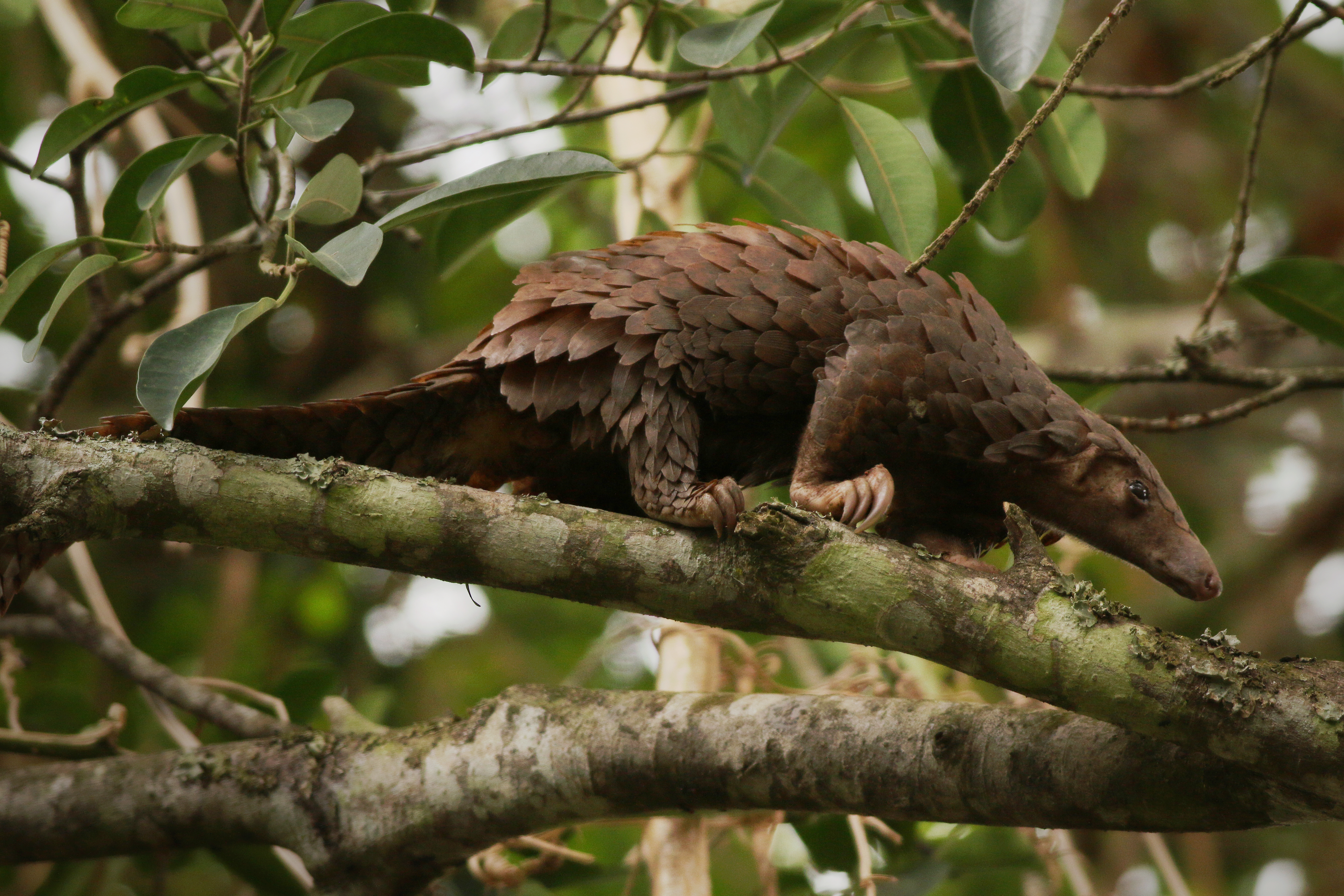 The pangolin is a small mammal about the size of a domesticated cat that looks like the combination between a pinecone and a tiny dragon. They’re cute little creatures and sadly, they’re one of the most trafficked animals in the world. Ten thousand pangolins are illegally trafficked each year, and they are critically endangered.

Their meat is eaten and their hard scales are used in traditional medicine. They’re shy, gentle, nocturnal creatures that curl up into a ball when threatened. They’re so gentle, in fact, that the stress alone from being in captivity kills them. Among the most trafficked animals are rhinos and tigers, but pangolins even surpass them. They cost up to $350 per kilo in Vietnamese, and are frozen alive to be traded by the ton covered with frozen fish or snakes for cover.

A pangolin conservation program and rehab in Vietnam cares for pangolins in an effort to conserve the species. They feed them and take extreme measures to keep germs away from them as well as foods that may cause them digestive issues since they can die so easily. They  give them tests to see if they can be released into the wild. However, even they do not have much knowledge on pangolins since these little mammals are mostly unknown. Because of this, they can go extinct before most people even know about their existence.

Although trafficking pangolins is mostly illegal, it’s still done in Vietnam and China. If you want the authorities in these countries to better enforce the laws that are meant to protect pangolins, sign this petition!