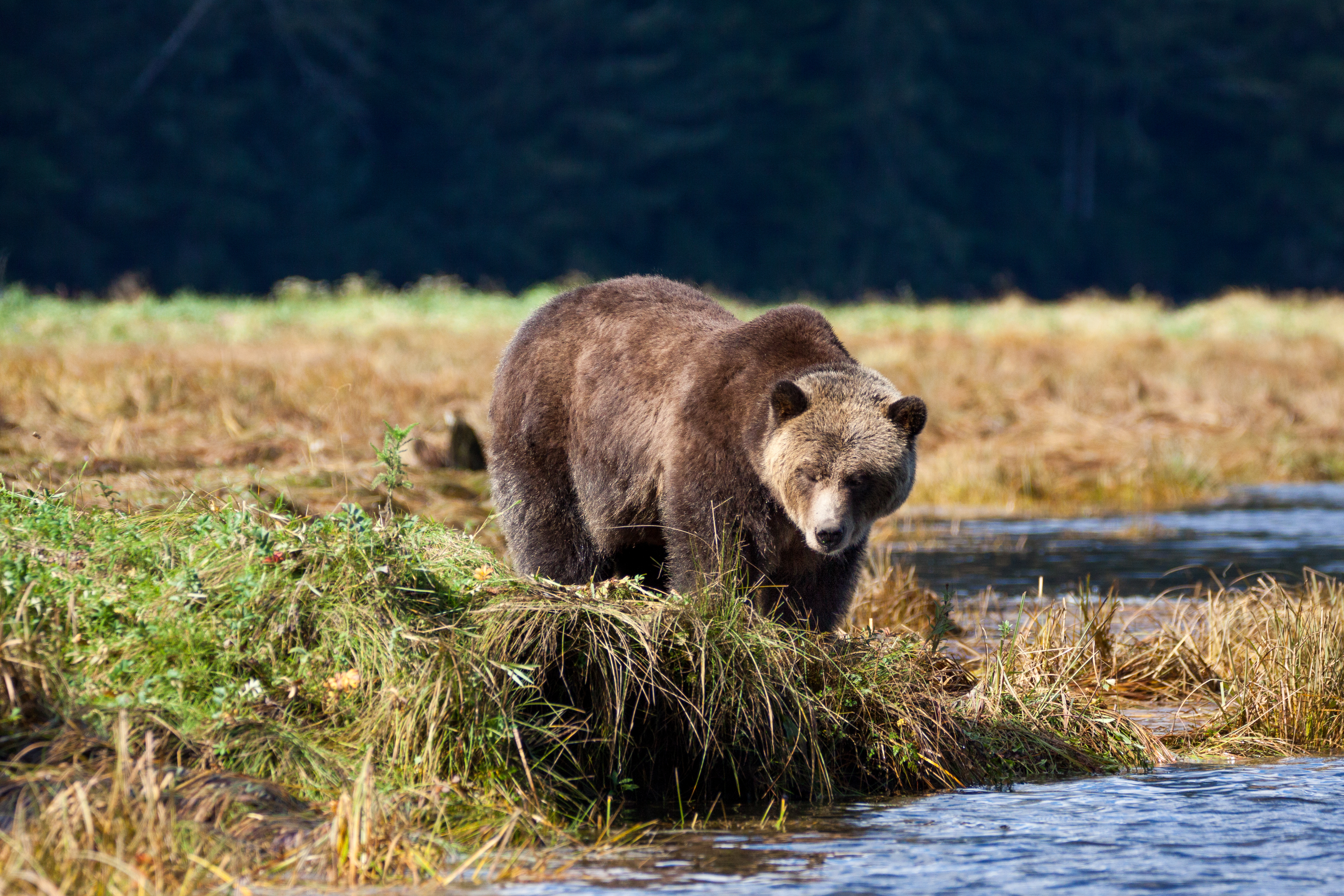 Climate change is severely affecting animals and their ability to thrive and survive. Polar bears in the arctic are suffering because the melting ice caps make it difficult for them to find food. Similarly, the bears of Knight Inlet in Canada are starving. During the fall, bears eat and drink nonstop. They have to put on as much weight as possible because they will go into hibernation mode during winter when the weather is cold and food is scarce. When they emerge in the Spring, they will have shed one-third of their weight.

In Alaska, some bears are doing pretty well. There was even a “Fat Bear Week,” competition which compared and admired the chunk that native bears of Katmai National Park and Preserve put on. However, in Canada, the salmon run has not been successful. Salmon run is when salmon migrate to spawn, after which they die and usually are hunted and eaten by bears. They are bears’ source of food. It’s a natural life cycle and process.

However, grizzly bears on Knight Inlet have not been feeding anywhere near as much as they need to before winter. Nature and wildlife photographer, Rolf Hicker posted photos on Facebook of grizzly bear families starving and expressing concern for their wellbeing and their survival.

This unsuccessful salmon run can be directly linked to climate change. A recent report (from August) by Fisheries and Oceans Canada explained that the country’s climate is warming twice as fast as the global average. The report states: “Canadian Pacific salmon and their ecosystems are already responding to climate change. Northeast Pacific Ocean warming trends and marine heatwaves like ‘The Blob’ are affecting ocean food webs. British Columbia and Yukon air and water temperatures are increasing and precipitation patterns are changing, altering freshwater habitats. The effects of climate change in freshwater are compounded by natural and human-caused landscape change, which can lead to differences in hydrology, and increases in sediment loads and frequencies of landslides. These marine and freshwater ecosystem changes are impacting Pacific salmon at every stage of their life-cycle.”

People have even begun donating salmon to the grizzly bears of the Knight Inlet area to try to help and give them a chance to survive, but climate change is drastically affecting their food supply as well as the salmon themselves who are unable to migrate and complete their life cycles.

Action needs to be taken to help Canadian bears survive. Sign this petition imploring British Columbia and Canadian officials to create an action plan to save both the bears of Knight Inlet and the salmon they so desperately depend on to survive.