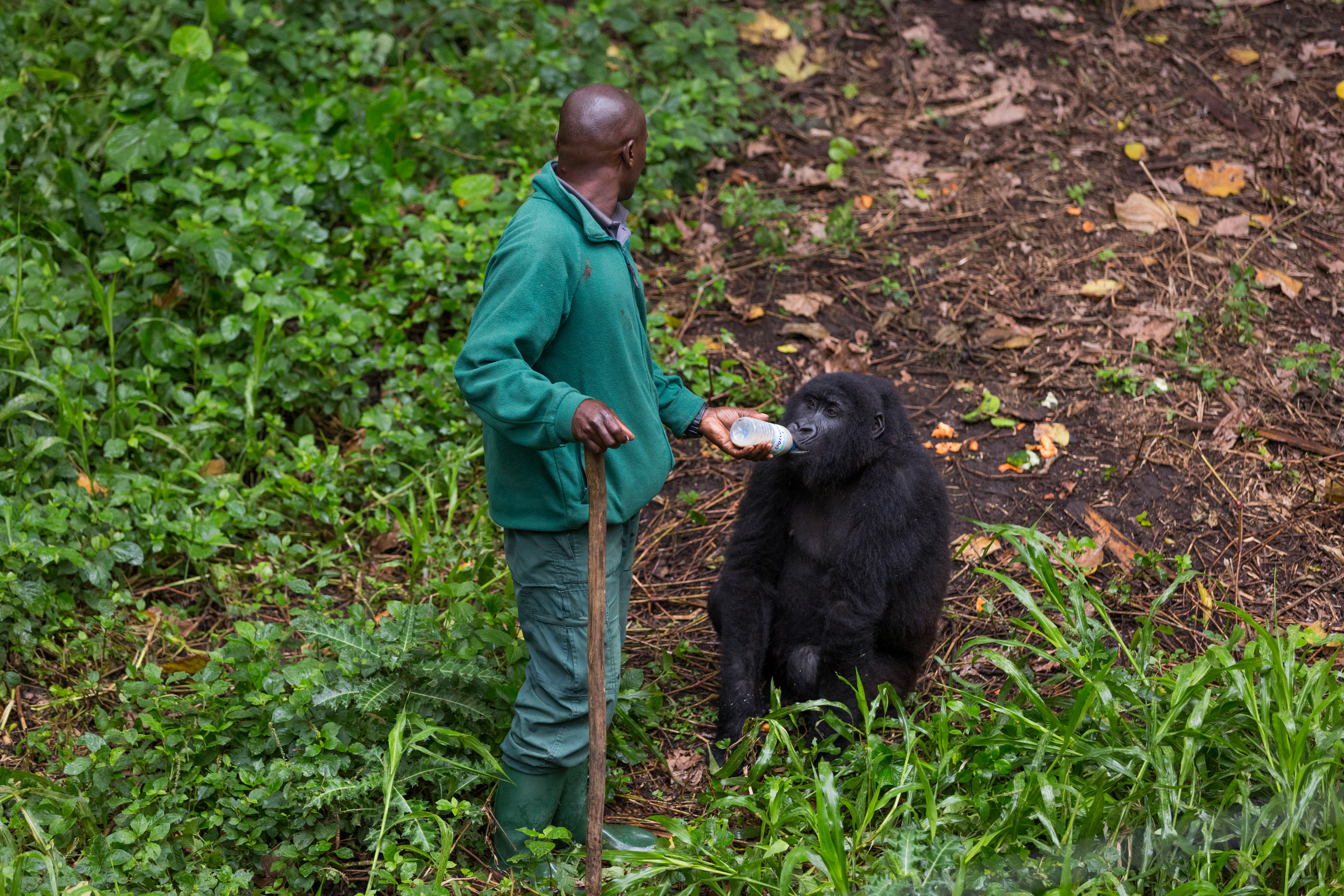 Virunga National Park is Africa’s oldest and most biologically diverse protected area. Virunga’s Senkwekwe Center is home to critically endangered mountain gorillas. The orphaned gorillas have been in the care of the park rangers at Virunga since they were babies. They are often hunted and poached, and when left as orphans, they are cared for at Virunga. The rangers take excellent care of them and become very close to them. They have a nice daily routine, they play, and show the gorillas affection.

Recently, a photo of two rangers and two female gorillas went viral. The two gorillas can be seen standing on two legs (which is pretty rare for a gorilla) as they imitate human behavior. It’s a funny and adorable photo that’s been dubbed “the selfie of the year.” However, what’s unseen in the photo is how much help and protection the gorillas and rangers at Virunga need.

You might have recently seen caretakers Mathieu and Patrick’s amazing #selfie with female orphaned gorillas Ndakazi and Ndeze inside the Senkwekwe center here at Virunga. Is it real? Yes! Are these gorilla gals always this cheeky? Yes! #gorillaselfie pic.twitter.com/jINBr8HXx7

In the past, they’ve gone viral for other photos that show the close relationship between the gorillas and their caretakers. Mathieu, one of the same caretakers from the photo above was photographed carrying Matabishi on his shoulders, and the love and trust between them is very clear from the photo. These rangers devote their lives to caring for the precious gorillas, but they are also in danger.

In the last few decades, more than 170 rangers at Virunga have been killed. The park was even shut down for eight months recently and just weeks after reopening a few months ago, a ranger was killed.

Despite the dangers from hunters, poachers, and local military militias, the rangers risk their lives for the safety and conservation of the gorillas. They deserve and need to be better protected. If you agree, please sign the petition which asks donors and partners of Virunga, such as the European Union and Congolese Wildlife Service to “reevaluate their safety measures and increase protections for the guards and animals of Virunga National Park.”