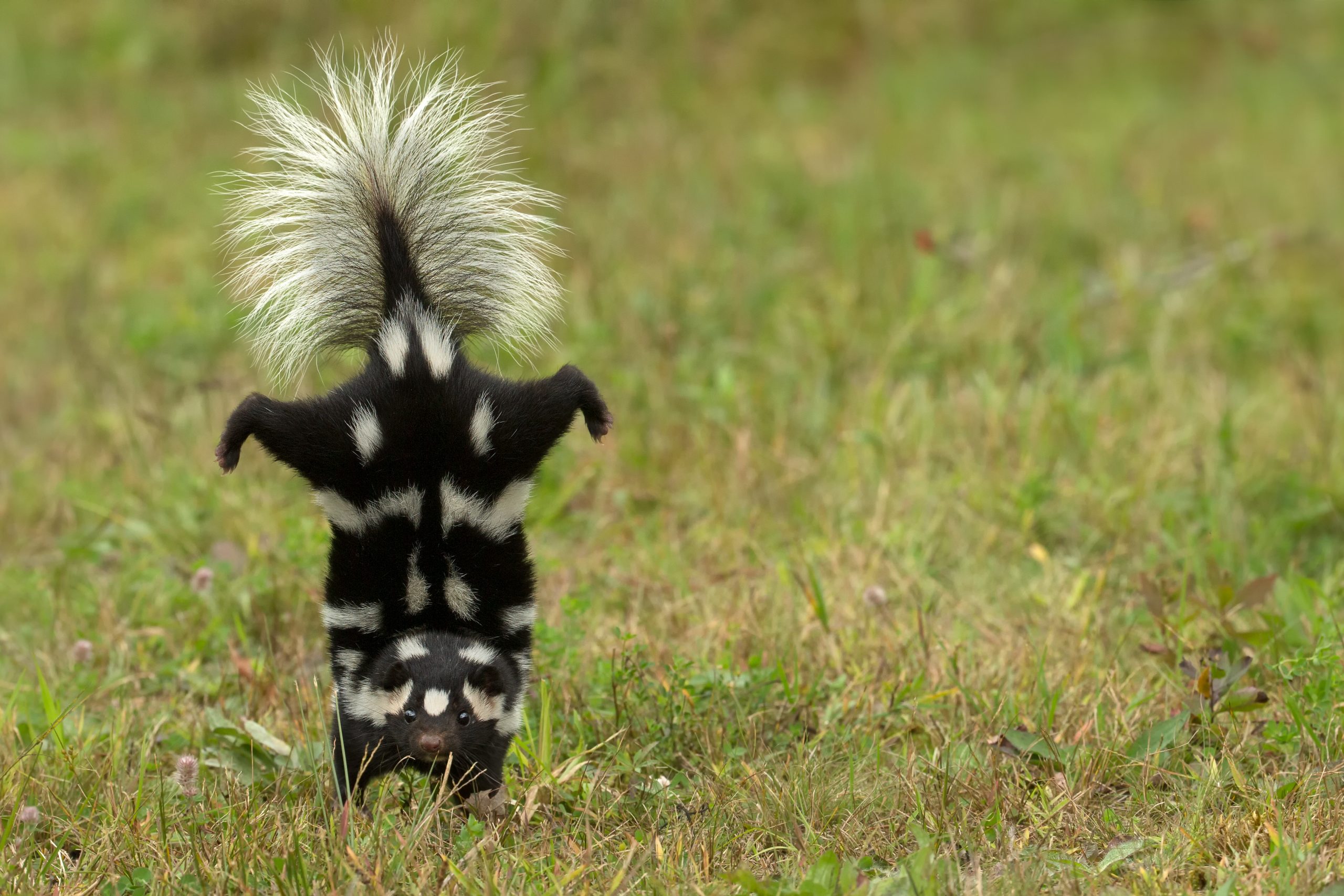 Take a moment to watch this adorable video of the spotted skunk.  It does handstands to exaggerate its size and show off its markings.  But the spotted skunk is in danger.  Like so many animals, spotted skunks are suffering as humans warm the planet and destroy their ecosystems.

According to Smithsonian Magazine, scientists have identified seven species of spotted skunks.  They are significantly smaller than striped skunks, often weighing less than two pounds. One of these species, the Plains Spotted Skunk, is particularly vulnerable due to vehicle strikes, habitat loss, and pesticide use that destroys its food sources.  The Texas Comptroller reported that as metropolitan Houston expands, the “plains spotted skunk population in the Katy Prairie occupies the last remaining undeveloped prairie habitat in this region.”

The U.S. Fish and Wildlife Service (FWS) is evaluating the status of the species to determine if it warrants an endangered listing.  But the FWS does not plan on making this recommendation until 2023.  To protect the spotted skunk, please sign this petition, and tell the FWS to list the species as endangered—sooner than later.