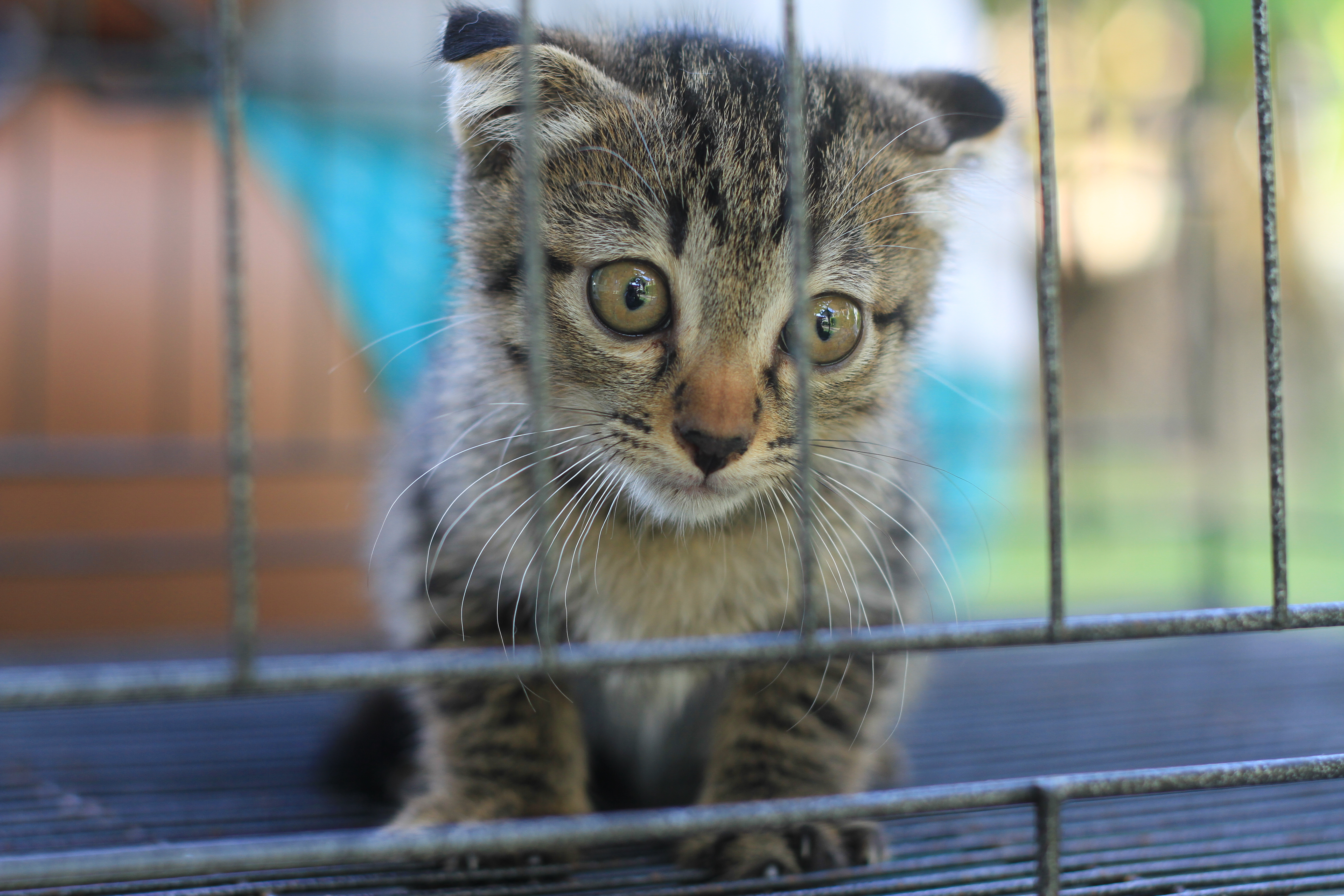 Animal testing is incredibly cruel, and mice aren’t the only ones who suffer. Primates, dogs, and cats are also used in lab testing and experiments. Recently, it’s come to light that the USDA is using kittens in an especially horrific experiment. Non-profit group White Coat Waste Project released a report called “USDA Kitten Cannibalism” in which they reveal the horrors occuring at the USDA’s Agricultural Research Service’s Animal Parasitic Disease Laboratory in Beltsville, Maryland.

The horrifying testing includes feeding the hearts, tongues, and brains of euthanized ‘meat market’ animals (dogs and cats) to lab-bred cats. The animal parts were purchased from China, Egypt, Brazil, Ethiopia, Vietnam, and Colombia. As appalling as that sounds, it gets worse. The cats, even when healthy at the end of these experiments are still euthanized, and their parasite-infected remains are fed to lab mice.

The excuse for the experiments is research for toxoplasmosis, an illness which can occur when exposed to the Toxoplasma gondii parasite. The reason cats are used is that they’re “the only animal in which T. gondii can complete its entire life cycle.” The USDA spent $22.5 million conducting this research and they haven’t even had any major breakthroughs in this area for 20 years, according to Jim Keen, a former USDA scientist against animal testing. Providing further proof that this research is unnecessary, the report states: “Dog and cat meat represents an abnormal diets for cats, dogs and mice so it is likely irrelevant to natural toxoplasmosis biology. Their scientific relevance and justification is questionable, at best, as is their relevance to American public health since we do not consume cats and dogs, and the practice is now outlawed in the U.S.”

The USDA was asked about the report by TIME magazine to which they only responded: “The Agricultural Research Service continues to assess our operations on how to better conduct toxoplasmosis research, while safeguarding the health of the American people. USDA remains committed to protecting the safety of the American food supply and maintains the strictest adherence to ethical standards and the best management practices.”

We do not need this kind of testing done and we don’t stand for this. Test tube samples of toxoplasma gondii is an effective method of studying and experimenting on the parasite, according to a review in Trends in Parasitology, which means that the use of animals is completely unjustified.

To speak up, sign this petition demanding that the Secretary of Agriculture Sonny Perdue put an end to the USDA’s horrible research.

Update: The USDA has announced that it will no longer use cats in any laboratory research or experiments and will allow the remaining animals to be put up for adoption!