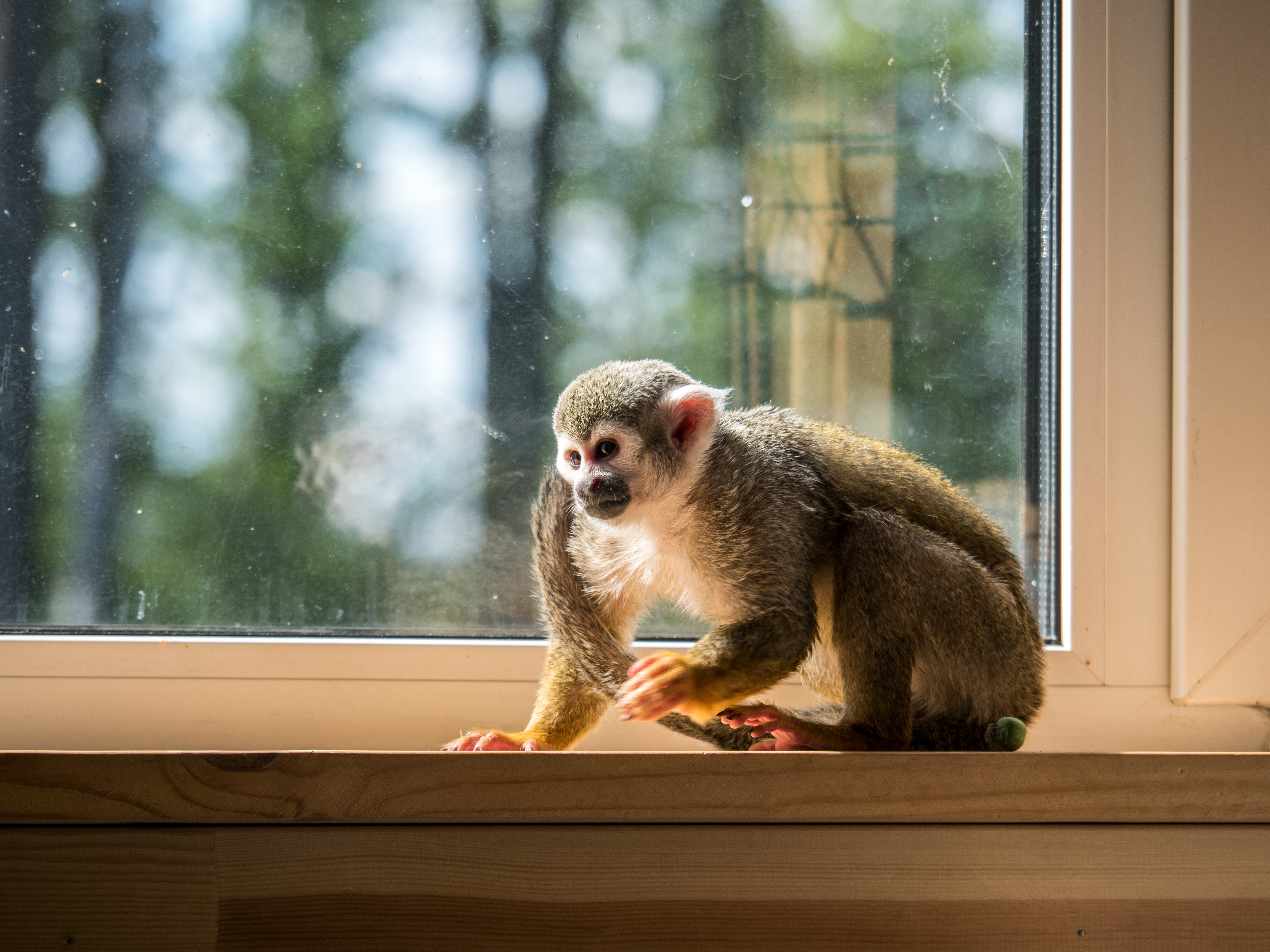 Non-human primates are wild animals that do not belong in people’s houses or yards as pets. No wild animal should be forced to live indoors with humans. They belong with their own kind in their natural habitat. Primates are very social animals who depend on each other and live in tightly knit groups with their families. They also require lots of land to roam and become psychologically and emotionally distressed in captivity. Not only is captivity or attempts at domestication dangerous for them, but they pose a danger to humans they come in contact with.

Despite all this information, people still want to own primates as pets. According to Monkey World, a rescue center for primates, “in Britain today there are 85 species of primate that can be sold over the counter.” There are even online advertisements of monkey dealers openly selling the animals. These advertisements are deceiving, portraying having a pet monkey as if it were just like living with a dog or cat, but that’s not the case at all.

The people who buy monkeys and other non-human primates aren’t necessarily cruel people. But they don’t understand that monkeys are not pets. They do not have the professional training it requires to handle animals and they assume that the animals will just become domesticated by living with them. When they realize it’s too much responsibility, they’re eager to get rid of the animal and they give them away, or even worse — they abandon them. The problem is they’re so far away from their natural habitat that they’re unable to survive. And sometimes, the people are indeed cruel and the animals can suffer abuse.

There are currently rescue organizations with long lists of people waiting to give their “pet monkeys” away, like the Dorset.

If you want to put an end to such irresponsible and dangerous treatment of primates, sign this petition demanding that Department for Environment, Food, and Rural Affairs of the UK end private monkey sales today.