Petition: Don’t Let this Man Get Away with Choking his Ex-Girlfriend’s Dog for Revenge! 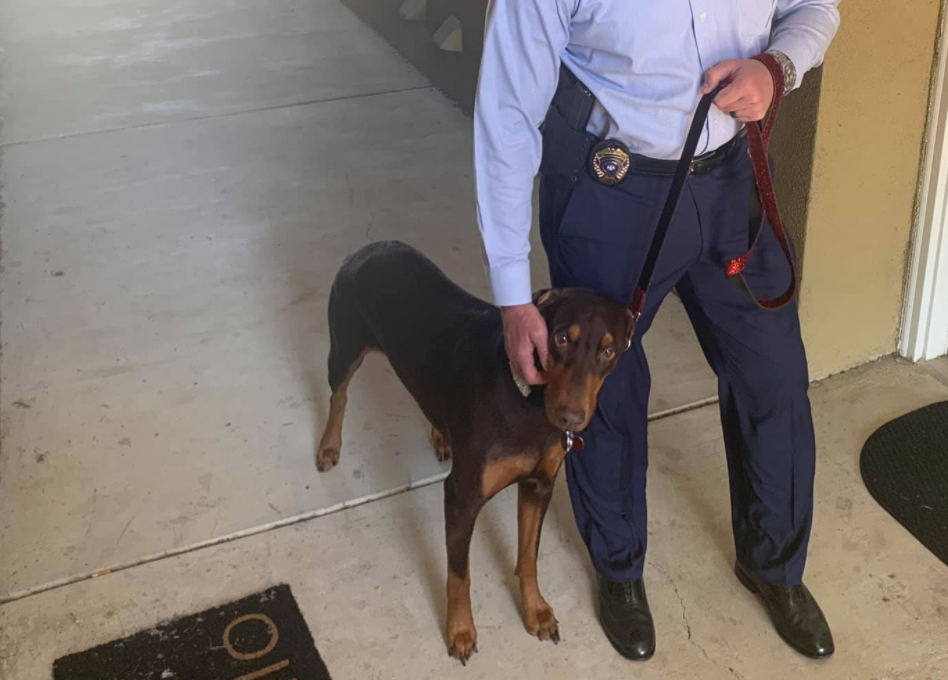 We form special bonds with our dogs and they become family members when we bring them into our homes to love and care for them. Unfortunately, that’s something that people take advantage and use dogs as a means to get revenge on a person who truly loves their dog. It’s unforgivable. A man in Louisiana got into an argument with his ex-girlfriend and decided that he would do something cruel to hurt her. He stole her beloved dog, a sweet Doberman named Rubyjean and proceeded to abuse her.

The man, named Shan Michael Mitchell, took his ex-girlfriend’s dog as he left her apartment and she was understandable worried for her pet’s safety. She called the police and he didn’t want to cooperate at first.

It was unfortunate that he abused Rubyjean, but it was very fortunate that the doorbell camera of an apartment complex caught him in the act. He was caught on the footage pulling Rubyjean up by the leash very hard until she starts choking.

Rubyjean has since been returned to her loving human and Mitchell was arrested and booked into jail on animal cruelty charges.

Slidell Police Chief Randy Fandal said: “I was sick to my stomach watching that video. I had the opportunity to meet Rubyjean this afternoon, and she was as sweet and well-mannered as could be. We are glad this had a happy ending for both the dog and her owner.”

While the responded as they should, animal cruelty cases are unfortunately far too often swept under the rug and forgotten and animal abusers like Mitchell are able to subject innocent animals or other humans to their violent, cruel tendencies. If he abused Rubyjean like this because he was angry at her human, it’s scary to imagine what he would do to the woman while angry. To prevent that, sign this petition demanding that he is charged to the fullest extent of the law.

Sign these other petitions to demand justice in other animal cruelty cases: