Petition: Justice For Dog Who Was Fed a Lit Firework! 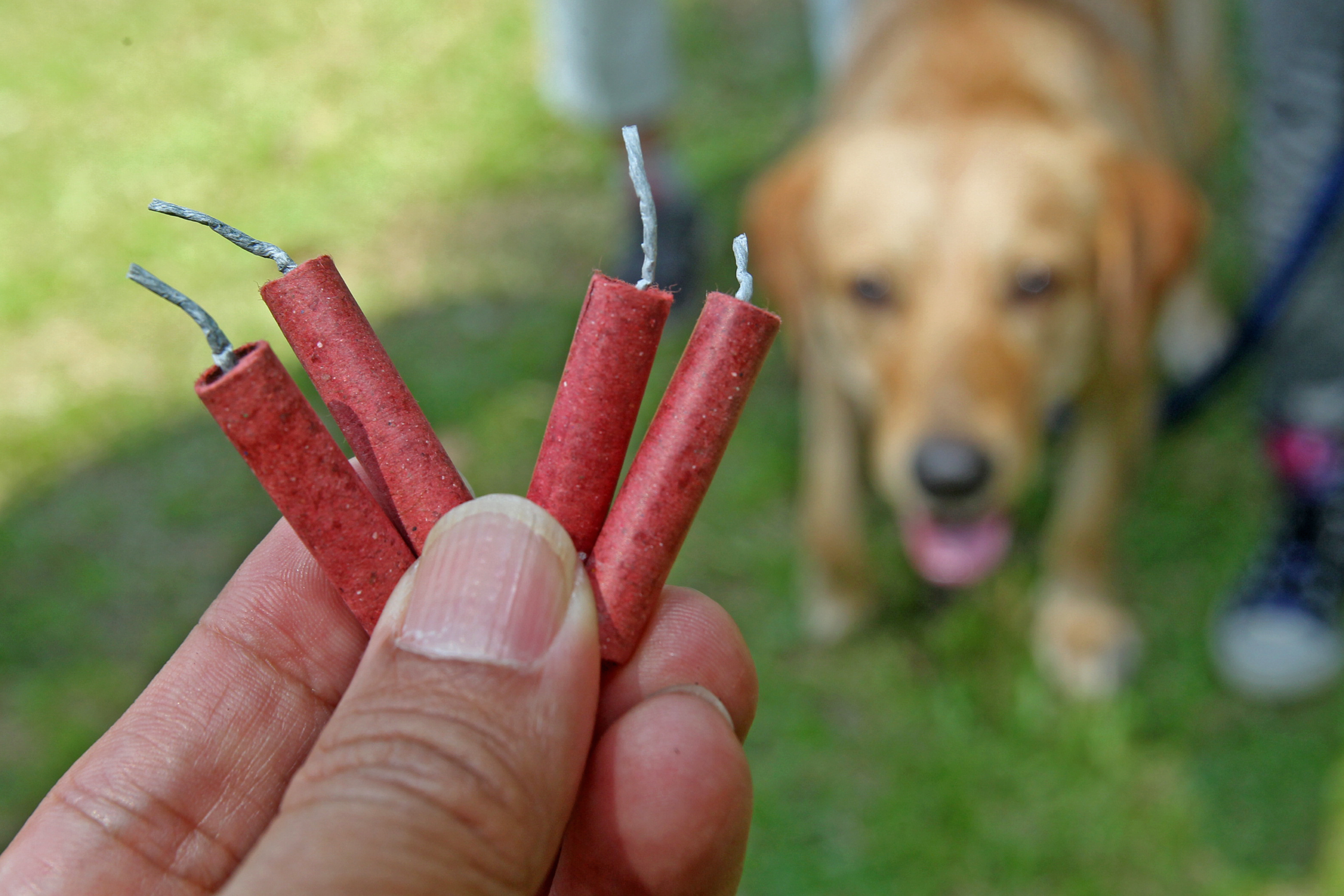 Fireworks are loud, terrifying, and literally explosive. As horrifying as it sounds, it’s actually not rare for people to abuse dogs with firecrackers. A dog named Tango once had firecrackers strapped to his tail and nearly died. Doby, another dog had fireworks set off in his mouth. These dogs suffered tremendously and were very close to death. A few months ago, a similar situation happened involving a medium dog and a group of children in San Lorenzo, Paraguay.

Children were playing with fireworks on the street at the beginning of the year when they noticed a dog and lured it over. The kids offered the dog a lit firework, and the very confused dog took it in her mouth. A few seconds later, the firework exploded and left the dog horribly injured with a bloody mouth. There are very graphic photos of the dog when it was rushed to a vet.

The dog survived, but was left with severe fractures in her mouth that will take very long to recover. Because this was done by children, of course they cannot be tried and punished as adults. However, this petition asks for the children to be educated on why animal abuse is wrong.

It calls for them to be sent to counseling to make sure they never abuse a dog or animal like that again. Since they are children, this is probably one of the best ways to demand justice for the poor dog—preventing any more situations like this. If you agree, that the children should be punished accordingly to their age and given counseling and education on respecting animals, sign this petition!

Now that the weather is getting warmer and summer is almost here, many people will begin playing with firecrackers. They are terrifying and cause dogs to run away from home and get lost. There are also animals in shelters who don’t understand what’s happening and are lacking the comfort of a home and family. Fireworks cannot be completely be avoided, but we can at least teach children that it’s never okay to hurt animals with them. Not to mention, fireworks are toxic for the environment and our health, as well as stressful for those with PTSD. If you can typically enjoy using or playing with fireworks, please keep this in mind and spread awareness.