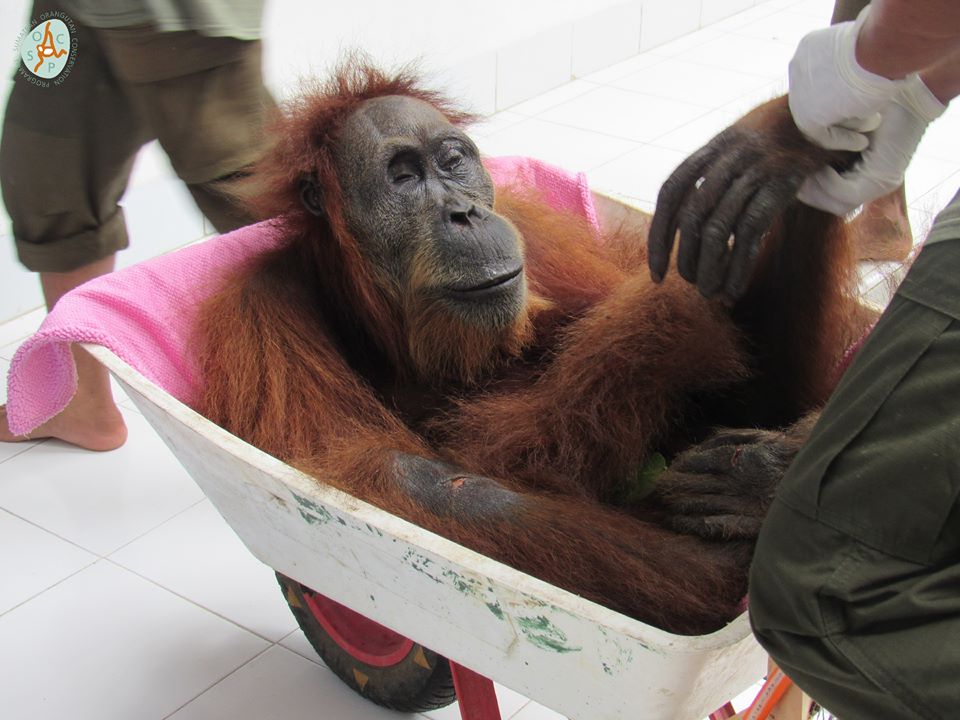 Orangutans are critically endangered animals. Their homes are constantly destroyed for palm oil production. They’re often killed by cruel poachers and mercilessly attacked by humans for no reason. In the last decade, the Sumatran Orangutan Conservation Programme (SOCP) have rescued over 15 orangutans with 500 air pellet wounds because of pellet gun attacks. Recently, they rescued Hope, an orangutan whose story will break your heart.

Hope was found badly wounded with her one-month-old baby who did not survive. The x-rays done at SOCP revealed that she had 74 air rifle bullets in her body. The attack left her with broken bones, infections, and completely blind. Orthopedist Dr. Andreas Messikommer from Sweden helped perform surgeries on Hope and they are hoping that she will fully recover.

Although she may physically recover, the SOCP is worried for her mental rehabilitation because of her one-month-old baby’s death. She was still breastfeeding, and orangutans are much like humans. Not only do we share 97 percent of the same DNA, but they share deep bonds with their babies and families. All the more reason that Hope deserves justice.

Sign this petition telling the Indonesian Ministry of Environment and Forestry’s Directorate General of Natural Resource and Ecosystem Conservation to find the person who did this to Hope, so they can face consequences. This can help put a stop to the other attacks and can save the lives of other orangutans.