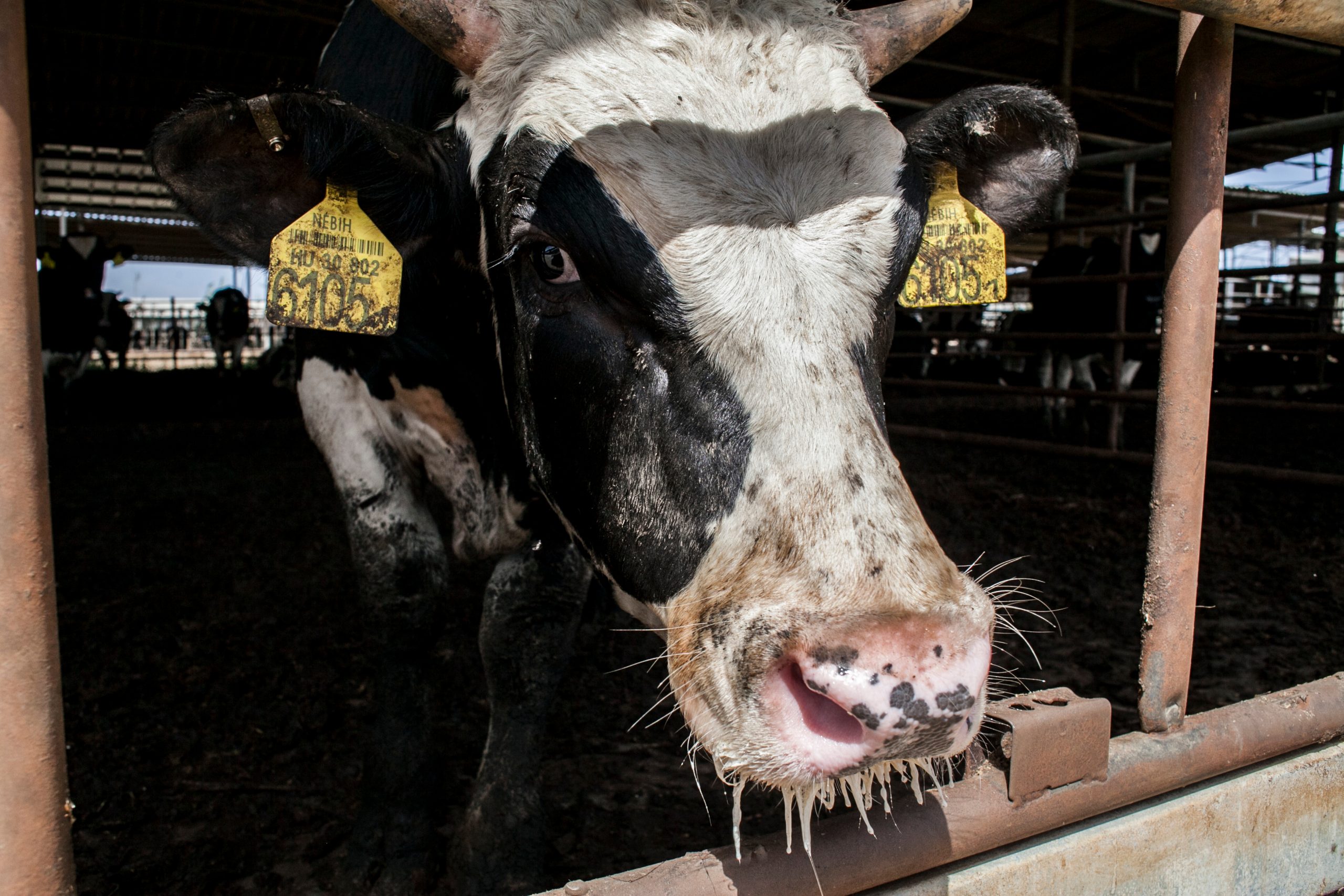 Many people take comfort in the false assumption that the production of milk requires no death or cruelty. Dairy companies often try to paint themselves as large, grassy pastures where cows roam around happily and peacefully. However, that couldn’t be further from the truth. The dairy industry is responsible for separating babies from their mothers, keeping animals in cramped and unsanitary conditions, and physically abusing animals before slaughtering them.

Recently, animal activists went undercover at an auctioneer facility called Erath County Dairy Sales (ECDS) in Texas and Dick Van Dam Dairy, a dairy farm in California. At ECDS, they found that workers switched cows’ ID tags to falsely pass them off as organic and severely abused them in ways that are dangerous for public health. The footage also shows “a cow being kicked in the head and neck area, overcrowded transport conditions, cows with sore legs, or shaking on the ground and lying in puddles, a downed animal repeatedly shocked with a cattle prod and sick and dying cows dumped in a pile together.” At Dick Van Dam Dairy, undercover activists found workers “repeatedly jabbing cows’ faces, legs, and udders with splintered wooden canes and metal pipes, kicking them in the face and udders, twisting their tails so hard the bone breaks, slamming metal gates on them, and poking fingers in cows’ eyes, among other painful methods regularly deployed on the farm.”

The Animal Legal Defense Fund (ALDF) filed a lawsuit to get the Dick Van Dam Dairy shut down and its owners, disallowed from ever working with or owning animals. ALDF is also asking that Target stop carrying brands sourced from this farm, such as DairyPure and TruMoo, and independently investigate into Dairy Farmers of America since Dick Van Dam Dairy is one of their suppliers. Both undercover investigations have been sent to the United States Department of Agriculture (USDA) for further investigation. We have to make sure that Dick Van Dam Dairy and ECDS are held accountable and barred from treating animals like this again.

Sign this petition to tell the USDA to charge those responsible at ECDS and Dick Van Dam Dairy with animal cruelty, and force these facilities to close their doors!