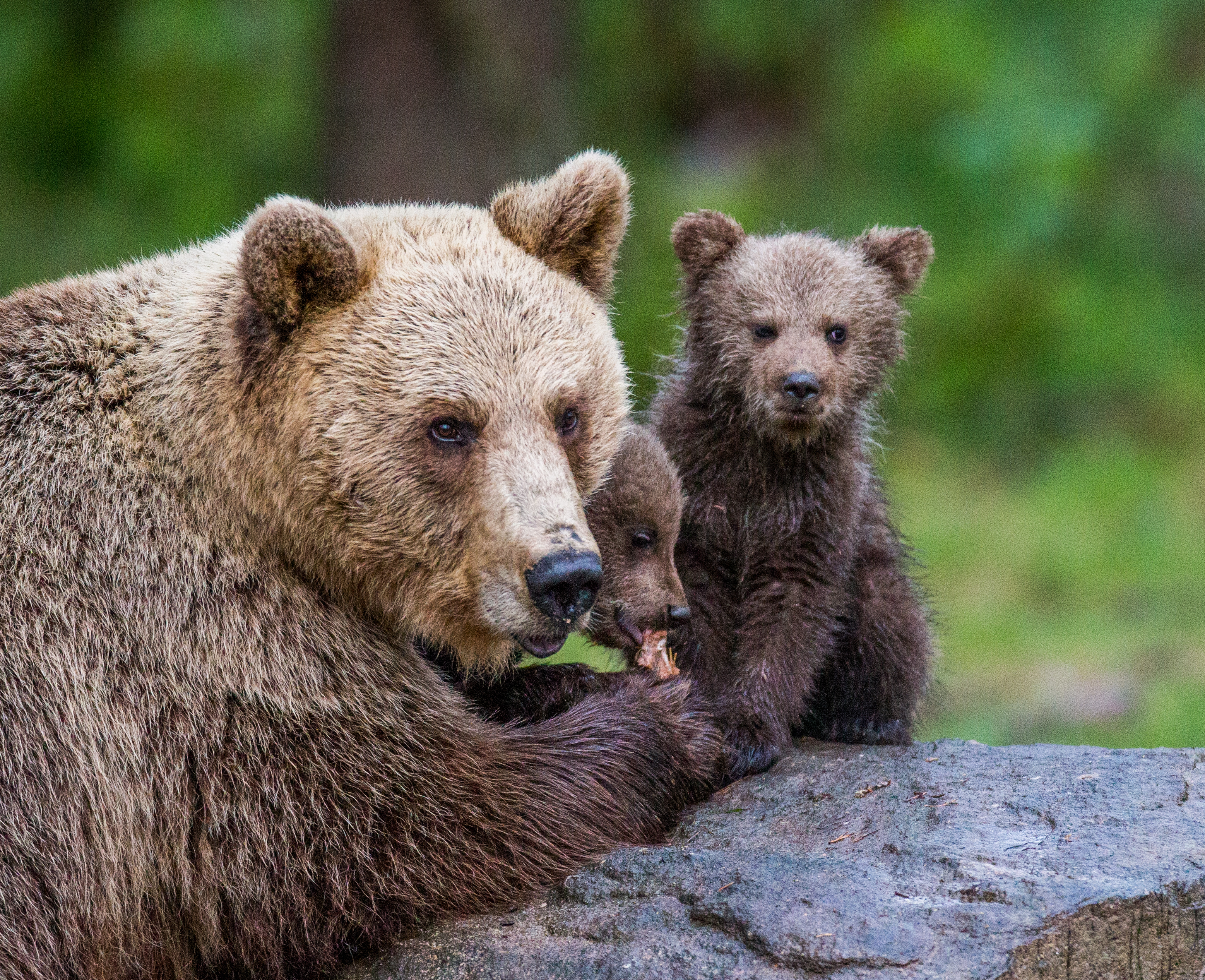 Hunting animals for pleasure is awful to begin with, whether an animal is asleep, awake, moving, still, with cubs or alone. But killing an animal that’s sleeping is a whole other level of cruelty. Last year, a father and son hunting duo were in hot water when video was released of them killing a mama bear and her two shrieking cubs while they were in their den. It was horrifying, but that bear was actually part of a study and was being monitored. This was fortunate or else we may never have known and they may never have suffered any consequences. That’s because as of 2017, it’s actually legal for hunters in Alaska to kill hibernating bears.

This law allows bears and wolves to not only be killed while hibernating or in their dens with their cubs, but to be targeted from helicopters. How horrifying must that be? That you could just be walking around your natural habitat going about your life and suddenly murdered, or worse in your home caring for your babies and suddenly your entire family is slaughtered.

When the protections put in place for these animals during the Obama presidency were overturned in 2017, Humane Society CEO Wayne Pacelle said in a statement: “What the House did today should shock the conscience of every animal lover in America. If the Senate and president concur, we’ll see wolf families killed in their dens [and] bears chased down by planes.”

To make matters worse, this hunting is being permitted on national wildlife refuges, which as we’ve recently shared, are still at great risk due to a proposal to expand hunting. Government affairs director at the Center for Biological Diversity, Brett Hartl said: “This isn’t hunting — it’s slaughter. Killing wolves and bears in this cruel, unsportsmanlike fashion is outrageous, especially in national wildlife refuges that belong to all Americans.”

If you agree and want more protection for bears, wolves, and any other animals at risk, sign this petition! The petition specifically asks Senator Warren to stand up for the bears, but you can add your voice to the petition and contact congress to let them know this is wrong!