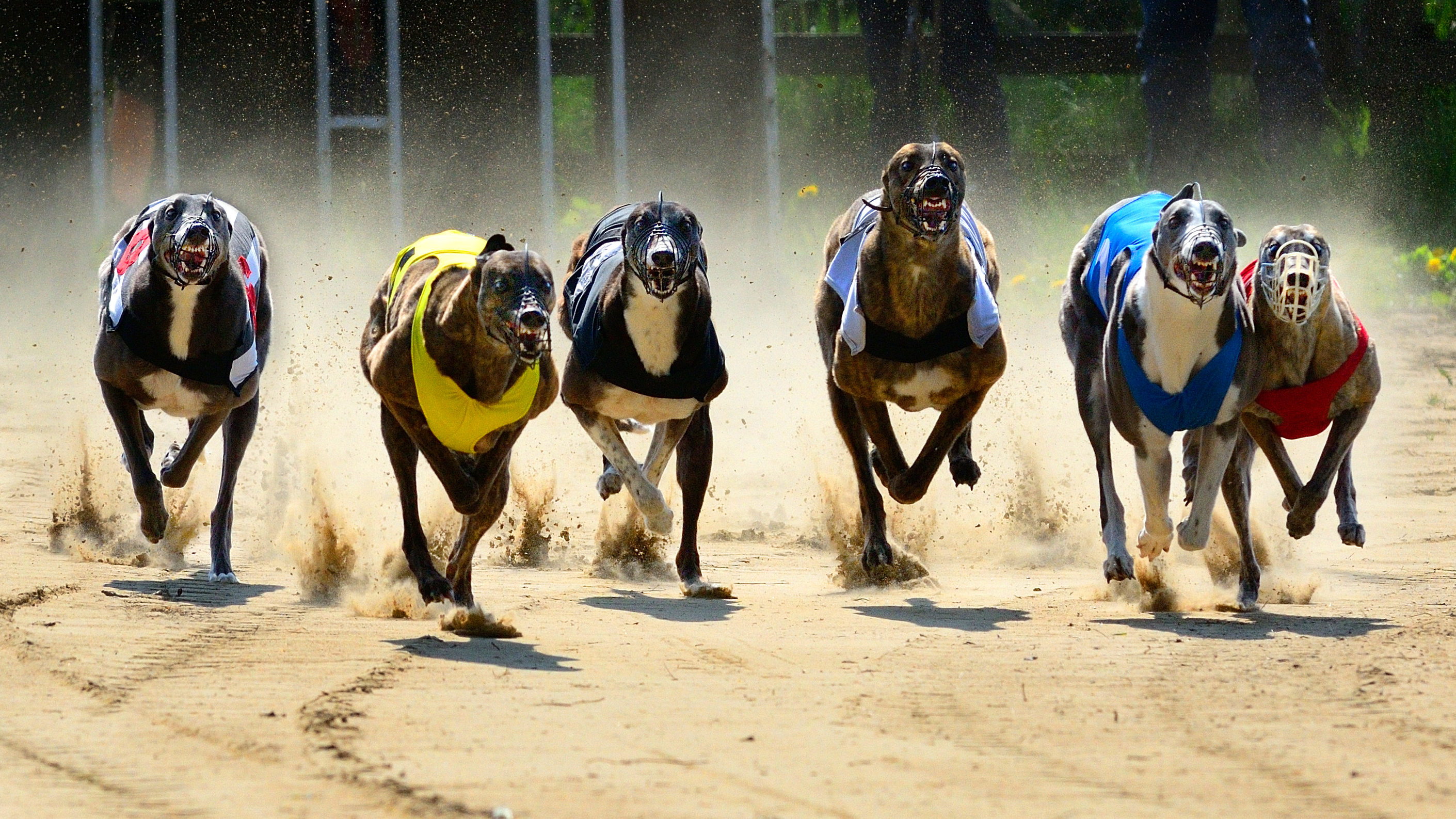 Greyhound racing is a cruel “sport.” Like animals in factory farms, greyhounds are given a monetary value, not viewed as sentient beings who should be treated with respect. Greyhounds in the racing industry spend more than 20 hours a day in crates stacked on top of each other. They also spend most of their time with muzzles on, causing mouth sores, parasites, and the spreading of diseases. Racing dogs die at alarming rates on the racetrack as well, due to causes like starvation, dehydration, heatstroke, and more. When they can no longer perform the same as they age, they are lucky if they can be rescued, but many of them are just killed or used for breeding.

In Ireland, one thousand percent more dogs than necessary are bred for greyhound racing, according to RTÉ. Before these dogs are selected to compete, they are tested. If a dog does not appear to have what it takes, they are of no use to the breeders and racers. Sadly, they are killed. In 2017, about 6,000 dogs were slaughtered because they weren’t ‘good enough’ to race.

This isn’t even technically legal as only vets are legally allowed to euthanize greyhounds in Ireland. Needless to say, the dogs were not killed by vets. A company admitted to killing the dogs.

The Irish Greyhound Board is understandably under fire right now, but they are set to receive about 16.8 million euros this year from the Department of Agriculture. They do not deserve this money. They claim that they will root out those who have been endangering the welfare of the greyhounds, but it’s hard to believe they did not know about dogs in their industry being culled at this rate.

If you agree that the Department of Agriculture should not give the Irish Greyhound Board any money, sign this petition! Even more importantly, the petition asks parliament to ban this “sport.”