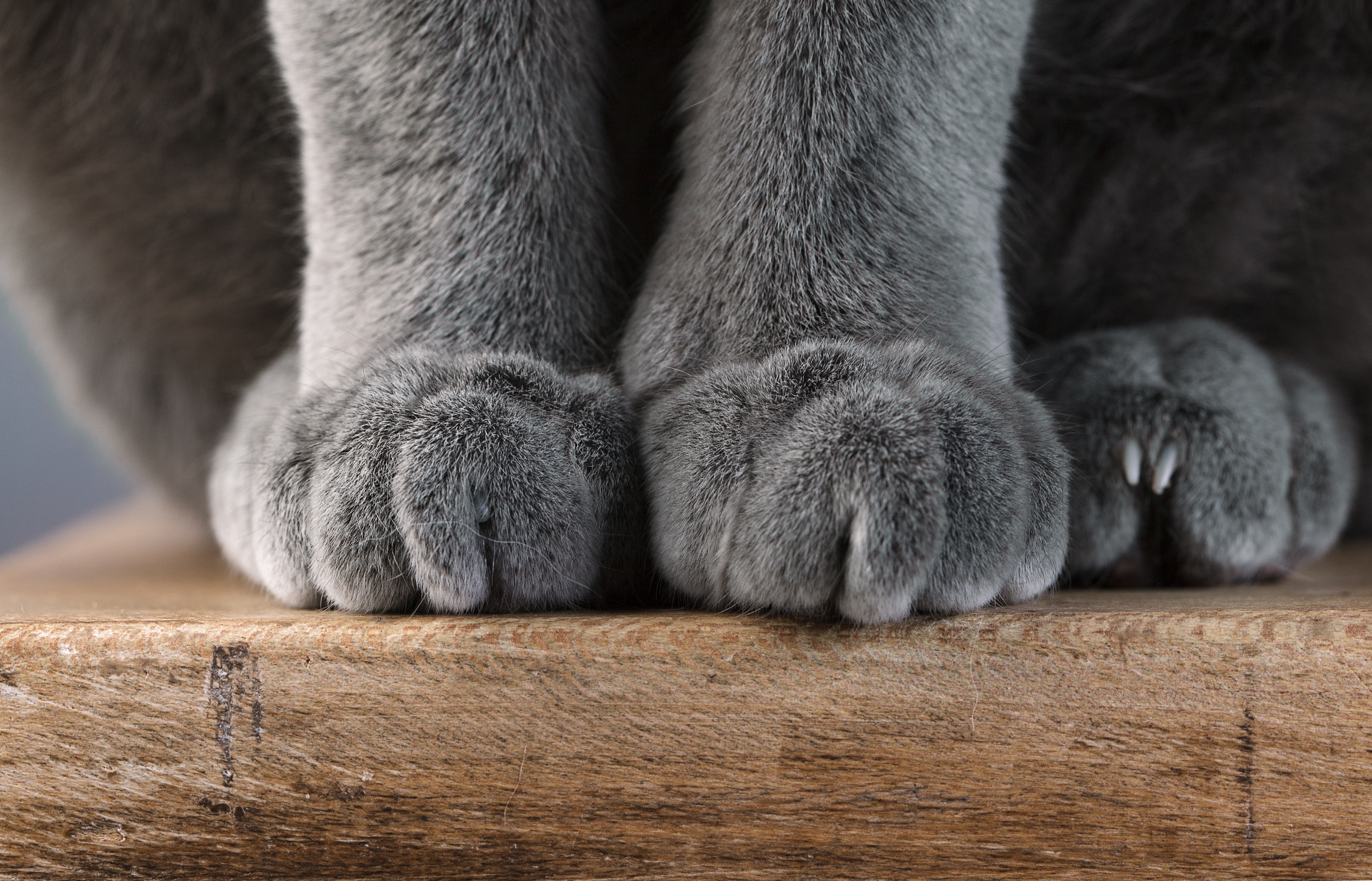 Declawing a cat might sound like it’s as simple as cutting a cat’s nail, but it’s much more complicated than that. The process is officially known as onychectomy, and it involves 10 separate amputations of the last bone and nail in each toe. The equivalent on a human being, according to the Humane Society of the United States, would be to cut off each finger at the last knuckle. It’s painful, cruel, and can have long lasting devastating affects on a cat’s health.

Side affects of the declawing procedure include “pain in the paw, infection, tissue necrosis (tissue death), lameness, and back pain.” There are behavioral problems linked to declawing as well, such as inappropriate urination, aggressive behavior, and biting. It’s an unnecessary price to pay when there are humane ways to deal with a cat’s scratching. Things as simple as playtime, exercise, getting a cat tree, trimming your cat’s nails, scratching pads, pheromone sprays, and more that can help you get your cat to scratch less.

Cats naturally have claws for a reason. ASPCA explains that they need their claws for defense, offense, capture prey, settle disputes, escaping from dangerous animals or people, mark territory, exercise muscles, relieve stress, and more! Clearly, they are vital. As the Humane Society says, declawing is only acceptable when absolutely necessary for medical reasons, such as the removal of cancerous nail bed tumors.

Many countries, 21 in fact, have banned cat declawing, and although some cities in the United States have done so as well, it’s still legal in most of the country. If you agree that declawing should be banned, sign this petition asking state legislators to ban cat declawing!