PETA Scientists Usher in the Future of Animal-Free Science 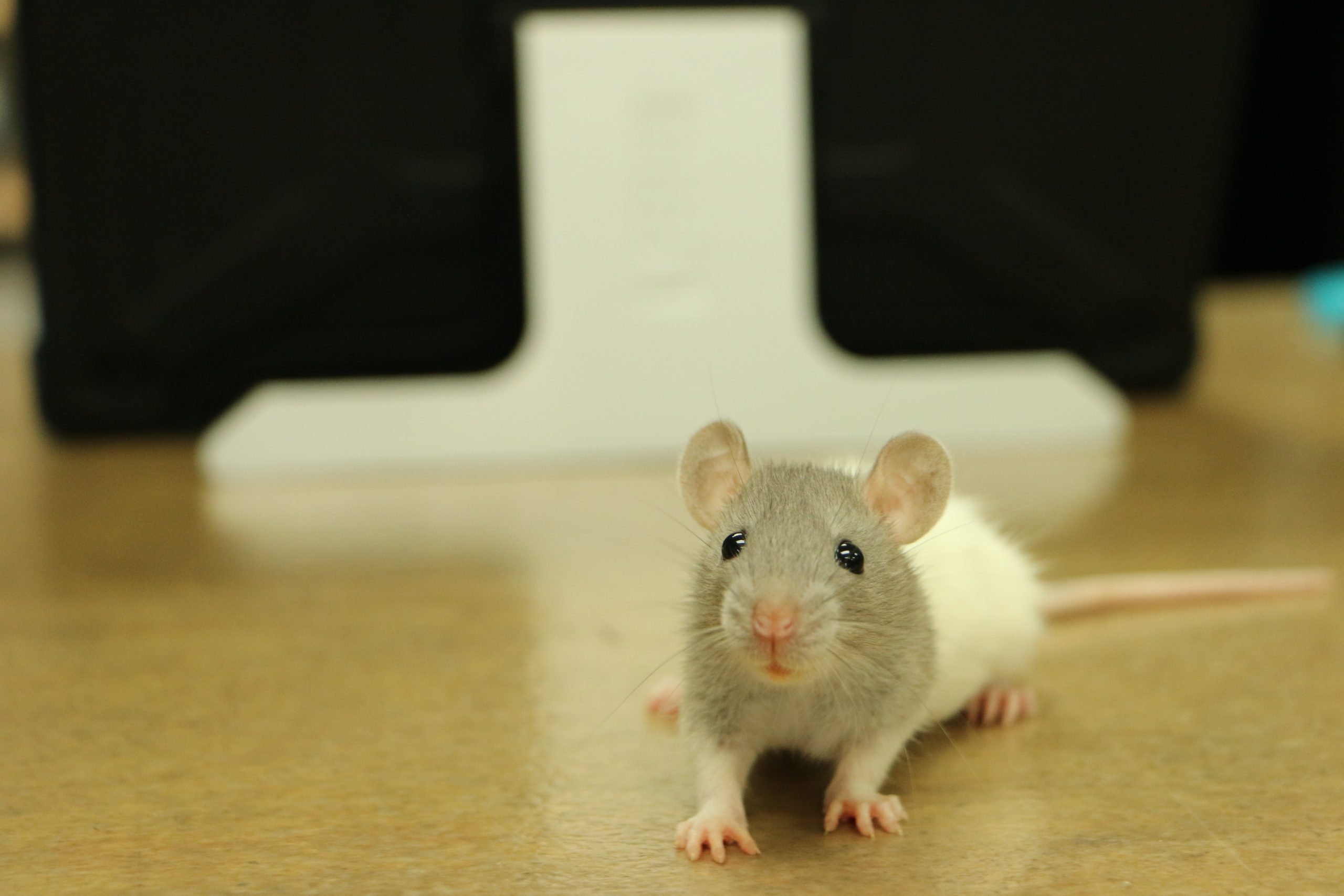 Did you know that PETA has more scientists working for an animal-free future in research than any other animal protection organization? A team of PhDs, veterinarians, and specialists in toxicology, nanotechnology, neuroscience, physiology, biophysics, and primatology support PETA’s efforts to end the exploitation of animals in experiments in areas such as these:

Thousands of scientists attending this year’s 11th World Congress on Alternatives and Animal Use in the Life Sciences virtual conference heard from PETA experts on topics ranging from the ethics of inflicting permanent brain damage on primates to toxicity testing in rabbits. PETA scientists chaired four sessions and presented two oral presentations and 15 posters on topics including these:

Surveys show that most Americans oppose the use of animals in experiments, and research shows that these experiments overwhelmingly fail to produce new treatments for human diseases. For example, the failure rate of new drugs developed in animals for strokes is 100%, for Alzheimer’s disease 99.6%, and for cancer 96.6%.

Despite these abysmal figures, animal use is still prevalent in scientific education and research, and PETA scientists are working hard to change the attitude that animals should be used for such purposes. Three PETA scientists were featured in the documentary film Test Subjects, discussing how they left animal laboratories to advocate for better, animal-free science. Their experiences offer a searing critique of the current status quo, in which animal experiments are still considered the gold standard despite their pervasive failure. In fact, 90% of basic research fails to lead to any human therapies within 20 years, and 95% of all new drugs that pass safety and efficacy tests in animals fail in human trials. Despite this, young scientists are still being pushed into doing animal experiments—but scientists at PETA are pushing back to let students know they don’t have to compromise their ethics in order to become scientists, doctors, or veterinarians.

PETA scientists have succeeded in removing animals from harmful and deadly training practices in the military and in universities and medical schools by persuading the administrators of these programs that animals aren’t necessary to learn good medical skills. Studies show that doctors and other medical personnel become more proficient in lifesaving skills when they learn on human simulators rather than on animals.

Following pressure from PETA that included, in part, two groundbreaking investigations into military trauma training drills—in which instructors shoot, stab, mutilate, and kill pigs and goats in attempts to mimic human battlefield injuries—the U.S. Coast Guard ended its use of animals for this “abhorrent” practice. A PETA-backed provision became law, requiring the U.S. Department of Defense to use medical-simulation technology in trauma-skills training “to the maximum extent practicable” before resorting to harming animals in the deadly drills. PETA continues to push the U.S. Department of Justice and NATO countries such as Denmark and Germany to end their use of animals in similar training drills.

After four months of talks with PETA, obstetrics and gynecology medical residents at Aurora Sinai Medical Center in Milwaukee no longer use live pigs in invasive female reproductive surgical procedures. PETA scientists were able to demonstrate the superiority of high-tech human uterus models, and the hospital agreed to spare pigs in favor of human-relevant teaching methods.

After uncovering disturbing documents showing that thousands of animals were cut into, tormented, and killed during cruel laboratory experiments for decades—all so that companies could attempt to make marketing claims about products ranging from Ramen noodles to candy bars, breakfast cereals, and liquor—PETA scientists have been modernizing food-industry testing worldwide by persuading companies to use modern science and end their use of cruel and deadly animal tests.

Following extensive discussions, PETA has so far persuaded 48 food and beverage companies—including Kellogg, PepsiCo, and Pernod Ricard—to stop conducting or funding experiments on animals in order to establish health claims for the marketing of products or ingredients and has persuaded almost 100 other companies to promise that they will never test on animals. PETA also successfully pressured the Taiwan Food and Drug Administration to adopt two major reforms: first, removing horrific drowning and electroshock tests on animals from the regulation concerning companies’ attempts to make anti-fatigue health claims for marketing their products and, second, updating its safety testing regulation for health foods to prioritize “non-animal test methods that are internationally recognized.”

PETA scientists have been cracking down on a decidedly unscientific animal experiment called the forced swim test, in which small animals are made to swim for fear of drowning in misguided attempts to study and treat depression in humans. So far, 15 companies—including major pharmaceutical companies Pfizer, Johnson & Johnson, and Bayer—have agreed to ban the test after hearing from PETA entities. PETA neuroscientist Dr. Emily Trunnell recently published a peer-reviewed paper in the journal Drug Discovery Today demonstrating why companies are dropping the forced swim test left and right: Not only is it cruel, it also simply doesn’t work.

PETA’s new Science Advancement and Outreach (SAO) division strives to inform young scientists about the ethical and scientific limitations of experiments using animals in biomedical research through on-campus lectures, discussions, and webinars. SAO also works to promote the use of non-animal research methods in laboratories, improve policies related to animals in laboratories, and strengthen accurate reporting of animal experiments in scientific journals.

PETA scientists expose how monkeys are used and abused in laboratories by gathering information through undercover investigations into secretive facilities like the Wisconsin National Primate Research Center and the Oregon National Primate Center, where confined monkeys suffer in experiments that teach nothing about human conditions. PETA also works with whistleblowers and acquires records through federal and state records requests. PETA scientists and veterinarians prepare scientific critiques of experiments that show their irrelevance to human health. They also file complaints with federal agencies regarding violations of federal animal welfare regulations.

Primates are intelligent, social animals, and imprisoning them in sparse laboratories not only causes extreme suffering but also confounds any data obtained from experiments on them. PETA scientists persuaded NIH to end horrific, scientifically worthless psychological torture experiments on baby monkeys after an intensive yearlong campaign. And PETA’s decades-long effort, in conjunction with other groups and grassroots activists, led to the closure of the New England National Primate Research Center.

PETA scientists advance the use and regulatory acceptance of cutting-edge, animal-free approaches to toxicity testing that protect human health and the environment. This work is coordinated through PETA Science Consortium International e.V., which funds the development and validation of non-animal test methods; organizes free training opportunities, workshops, and webinars on non-animal testing; conducts scientific data analyses; and publishes and presents on its work around the world.

Funding from the Science Consortium led to the creation of fully human antibodies for treating diphtheria—a vast improvement over the method that has been used for the past century, which involves repeatedly injecting horses with diphtheria toxin and collecting their blood. Human-derived antibodies are effective and humane, avoid the allergic reactions that horse-derived antibodies cause in some patients, and can solve global issues with antitoxin shortages.

The Science Consortium also helped fund the development of a first-of-its-kind human cell–based three-dimensional lung model that can be used to study the ways in which chemicals, pathogens, e-cigarette smoke, and other substances affect the deepest part of the lungs. This technology can prevent tens of thousands of animals from being used to assess the toxicity of inhaled substances.

PETA has a robust team of scientists who are working hard to make the world better for humans and other animals by getting animals out of experiments, creating humane training opportunities that are superior to using animals, and encouraging human-relevant research methods. To that end, PETA scientists have developed the Research Modernization Deal, a bold plan to cut through the waste and inefficiency of experiments on animals and focus on humane, human-relevant research methods. To find out more about PETA’s vital work in these areas and read about the group’s groundbreaking proposal to revolutionize scientific research, go to https://headlines.peta.org/research-modernization-new-deal/.

To connect with PETA scientists or to arrange to have speakers for an event, contact [email protected].