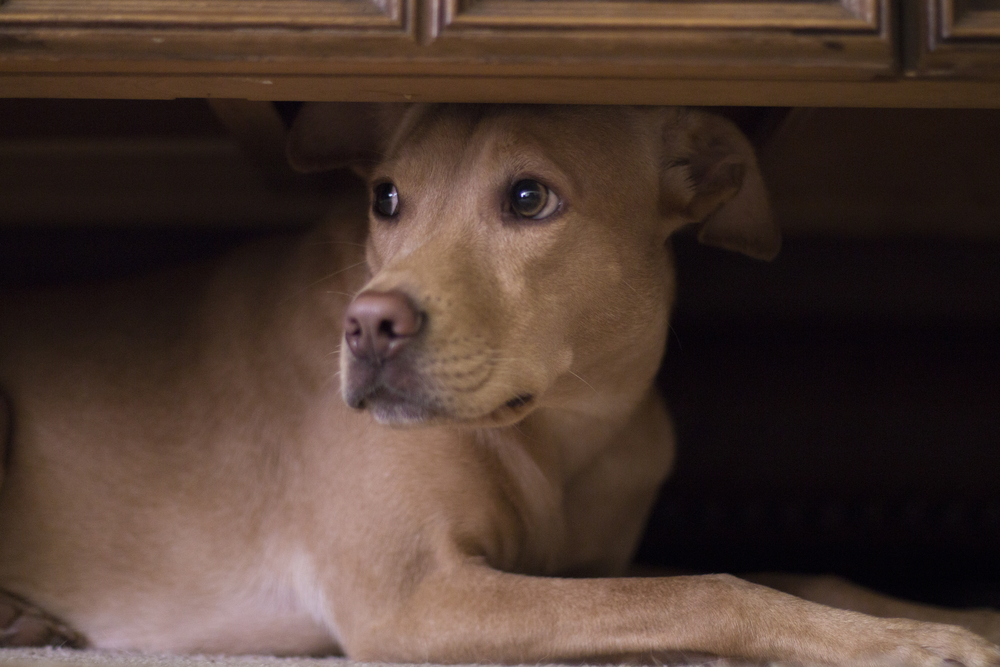 Someone visiting the Bark n’ Bitches pet store in Los Angeles on Wednesday was fortunately live streaming the seemingly innocent interactions people were having with the dogs. At one point, an employee walks toward the dogs who might be playing a little too rough and they can all be seen quickly trying to move away from her, but she grabs one of the dogs and forcibly throws her across the room.

An extremely loud thud can be heard and whimpering from the dog. The person recording is absolutely horrified and looks for the dog. Then the camera finds her cowered under a seat absolutely terrified.

Extremely disturbing video but one that needs to be shared.

Twitch streamer @_RIPRoyce was inside @BarkNBitches in the Fairfax Dist playing with rescue dogs. She says an employee threw a dog and it landed on it’s head. Hear what store owner has to say at 11pm on @ABC7. pic.twitter.com/utSewkz0O3

Ironically, they describe themselves as “L.A.’s first HUMANE Pet Shop” on their website. The owner of the shop, Shannon von Roemer, apologized for the incident with the following post on Instagram and stated that the employee — who should be charged with animal cruelty — was fired.

My deepest apologies for this incident. The dog was playing and acting normal after this horrific incident. She was taken to the vet and was cleared 100%. We are grateful. #rescuedogs #inexcusable #rescuedogsrule

In a video, Roemer also said: “I do want you to know that the employee is no longer with us and that the dog is actually doing fine and did go to the vet.” She also keeps referring to it as an incident rather than animal cruelty, which it was. The entire thing is incredibly upsetting and many people are reacting online question whether its a recurring incident. The dogs do appear terrified of the employee walking toward them. They were also not doing anything wrong, just being dogs, before the employee decided to be cruel.

According to Fox News, people in the store contacted police about the incident and the Twitch streamer has since shared on Twitter that the West LA Animal Care Center is investigating. If you are as horrified as we are, you can contact the Animal Care Center and express your concerns. You can also urge the police to take this case of animal cruelty seriously. It’s not enough that the employee no longer works at the store. They should not be allowed to work with animals ever again.

Abuse in pet stores is actually quite common. You can speak up against it by signing this petition!