Shopping for a new Cat or Dog? Here’s Why That’s a Terrible Idea 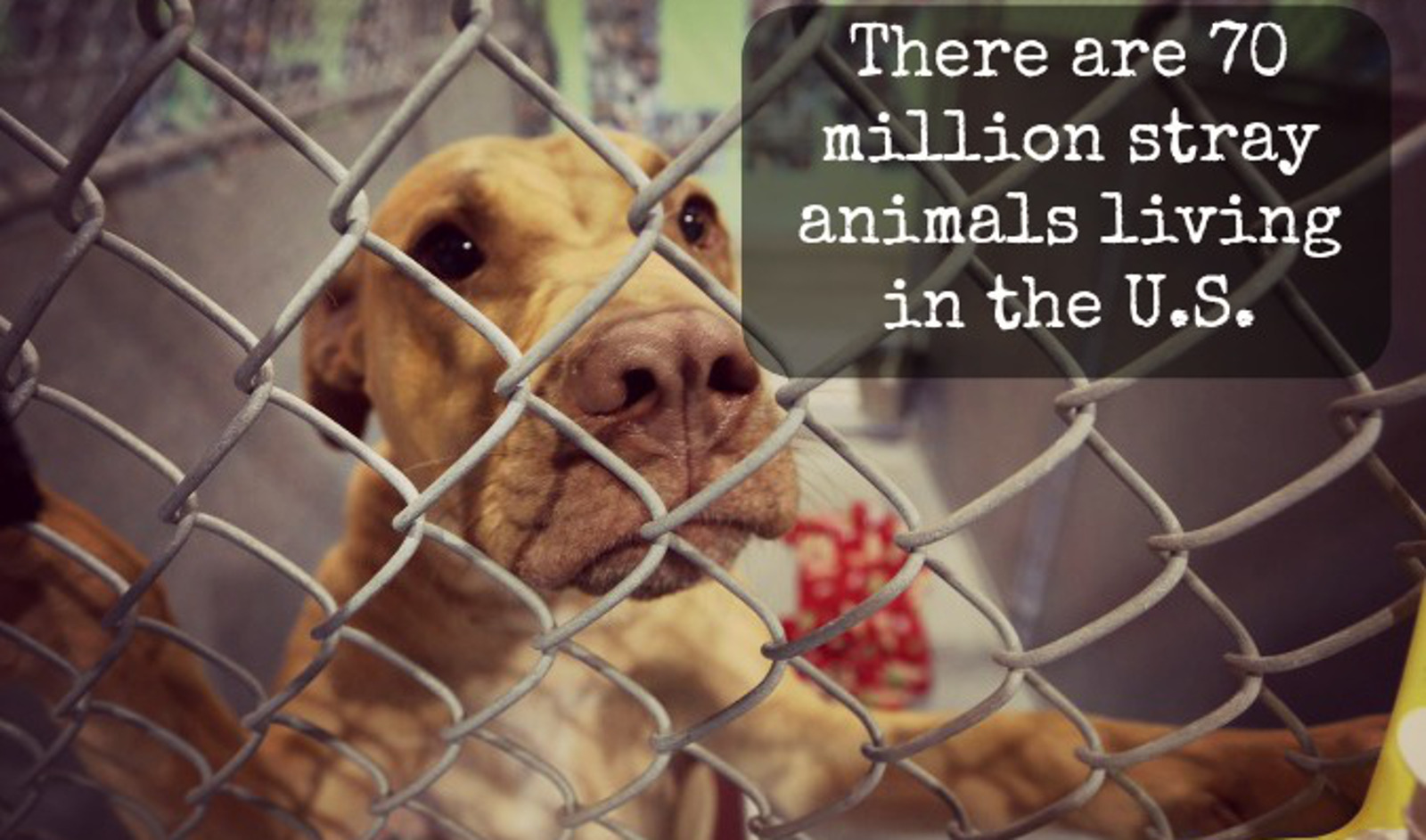 People who have had the privilege of living with a cat, dog, or any other pet, know how special having these animals in our lives can be. Companion animals can teach us priceless lessons about life and inspire us to be the best, most compassionate people possible. Really though, who hasn’t aspired towards being the awesome person their dog thinks they are? We know we certainly have!

Companion animals provide laughs, love, licks, and everything in between and we are endlessly grateful to the furry faces in our lives. However, there are many animals, just like our beloved cats and dogs, waiting in shelters for their chance to be someones best friend. In the United States, pet overpopulation is a huge problem. This may come as a surprise seeing as you aren’t likely to see stray dogs and cats running around the streets of your local city. Maybe one or two every now and then, but for the most part you would not realize that pet homelessness is a problem in this country.

While many people realize that adoption is an possible option for finding a pet, they often opt to purchase one from a breeder or pet store. Not only does purchasing a pet fuel the puppy and kitten mill industries, but it contributes to the overwhelming problem of homeless pets.

Although they might be out of sight, there are an estimated 70 million homeless animals living in the United States. 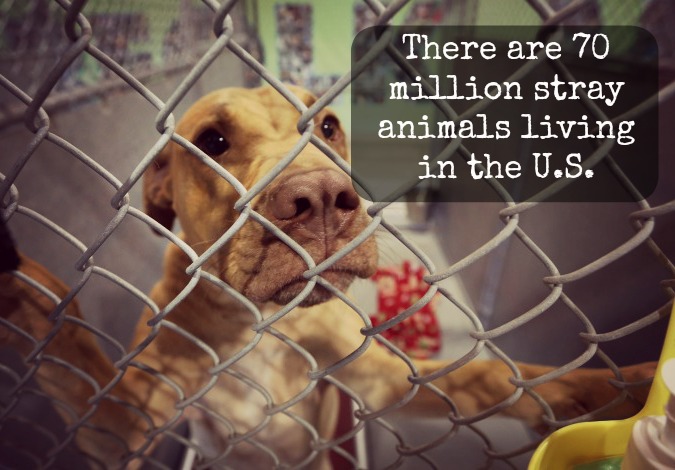 Only a very small fraction of these 70 million animals ever make it into the shelter system. 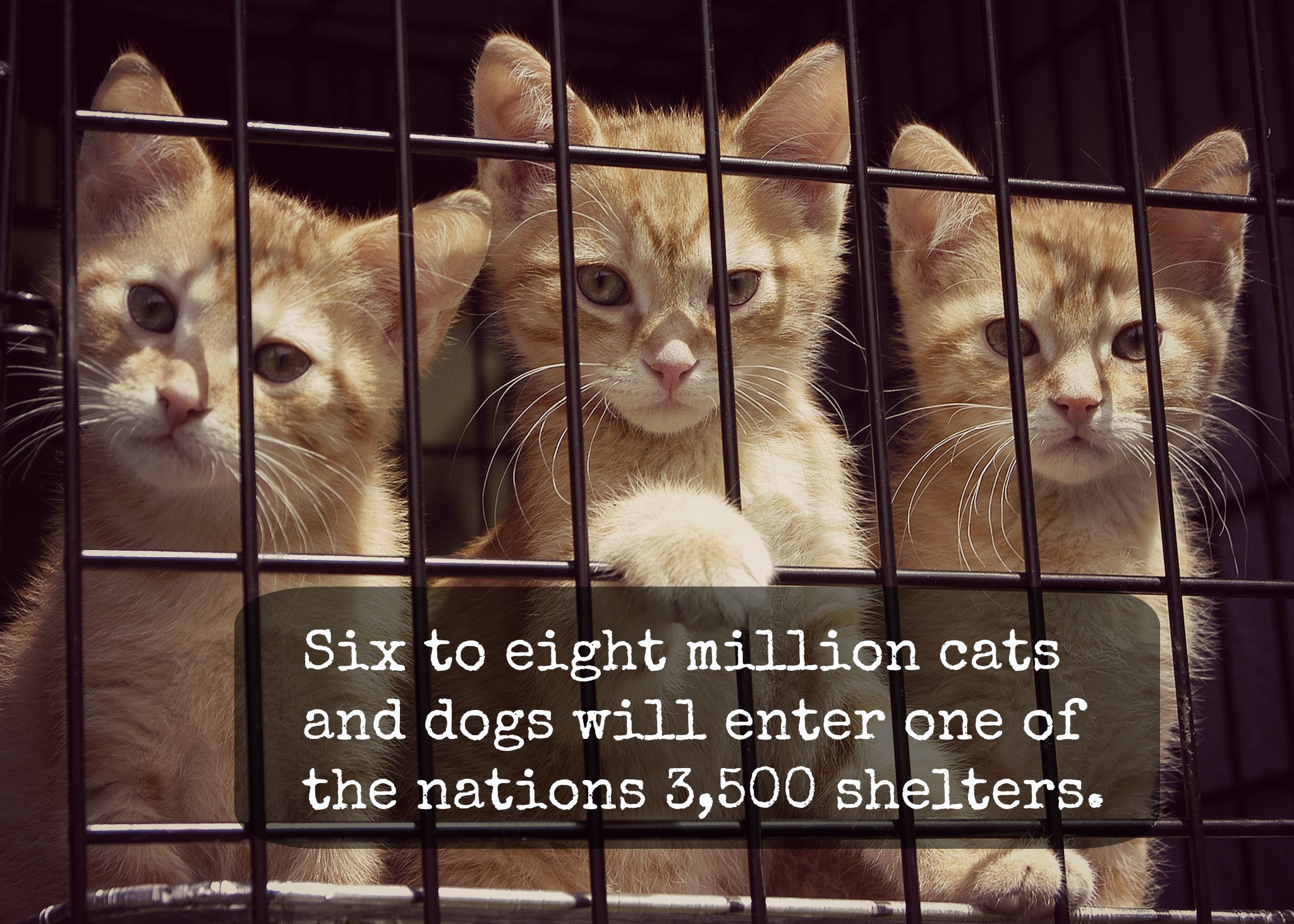 Not all of the animals who enter shelters weren’t always homeless. Some have been abandoned by guardians who were not prepared to care for an animal. Most of these animals have only been with the family for six months. 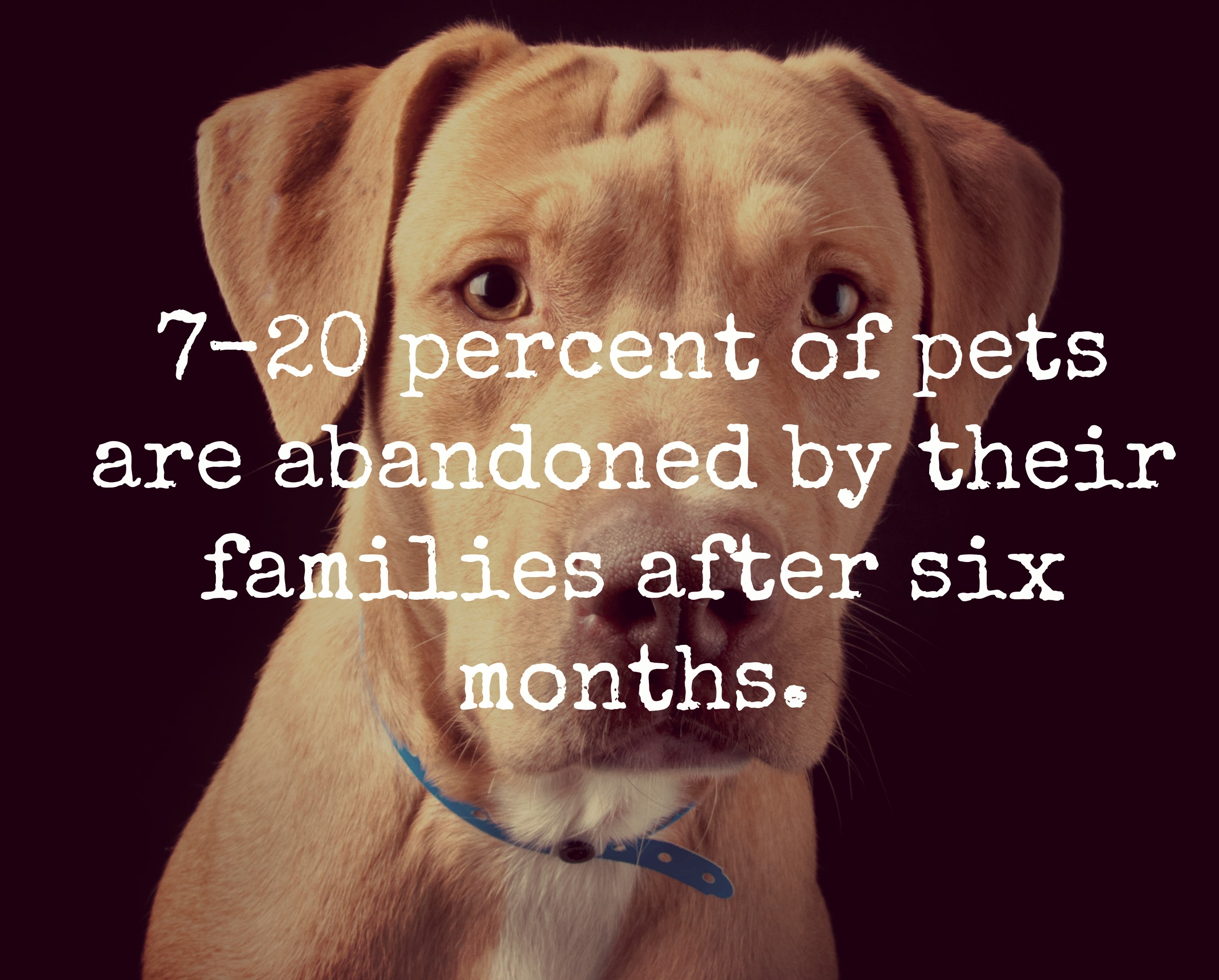 Although there are millions of healthy animals in shelters, only about 30 percent of dog guardians adopted their companions from a rescue or shelter. 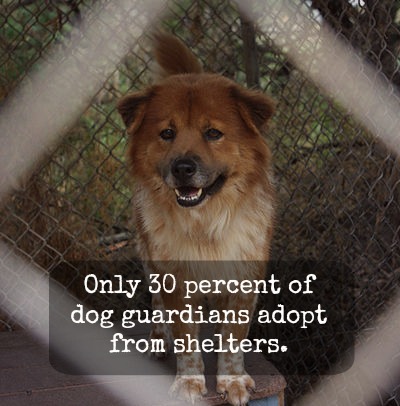 Not convinced that choosing to adopt a pet over shopping for one is important? Sadly, due to low budget and lack of space, shelters resort to euthanizing animals that are not adopted in a timely manner. 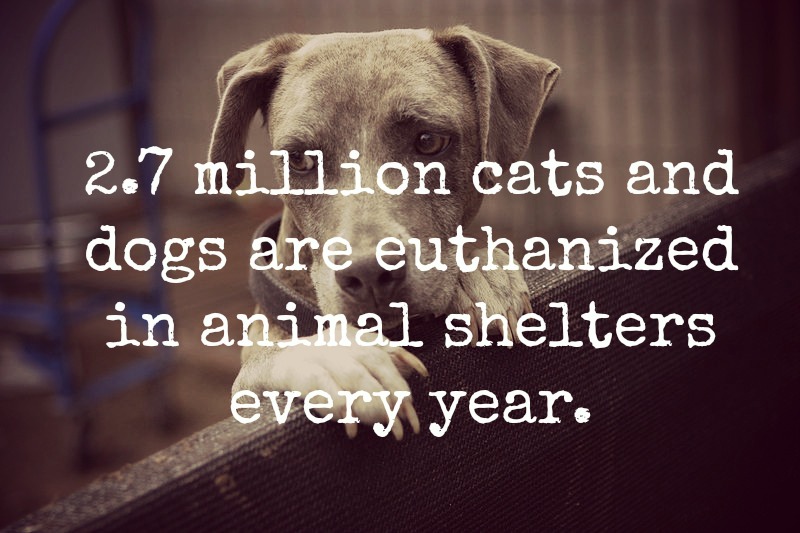 To break that number down a bit … that equals out to five out of ten dogs and eight out of ten cats who will be euthanized before they have a chance to be adopted. 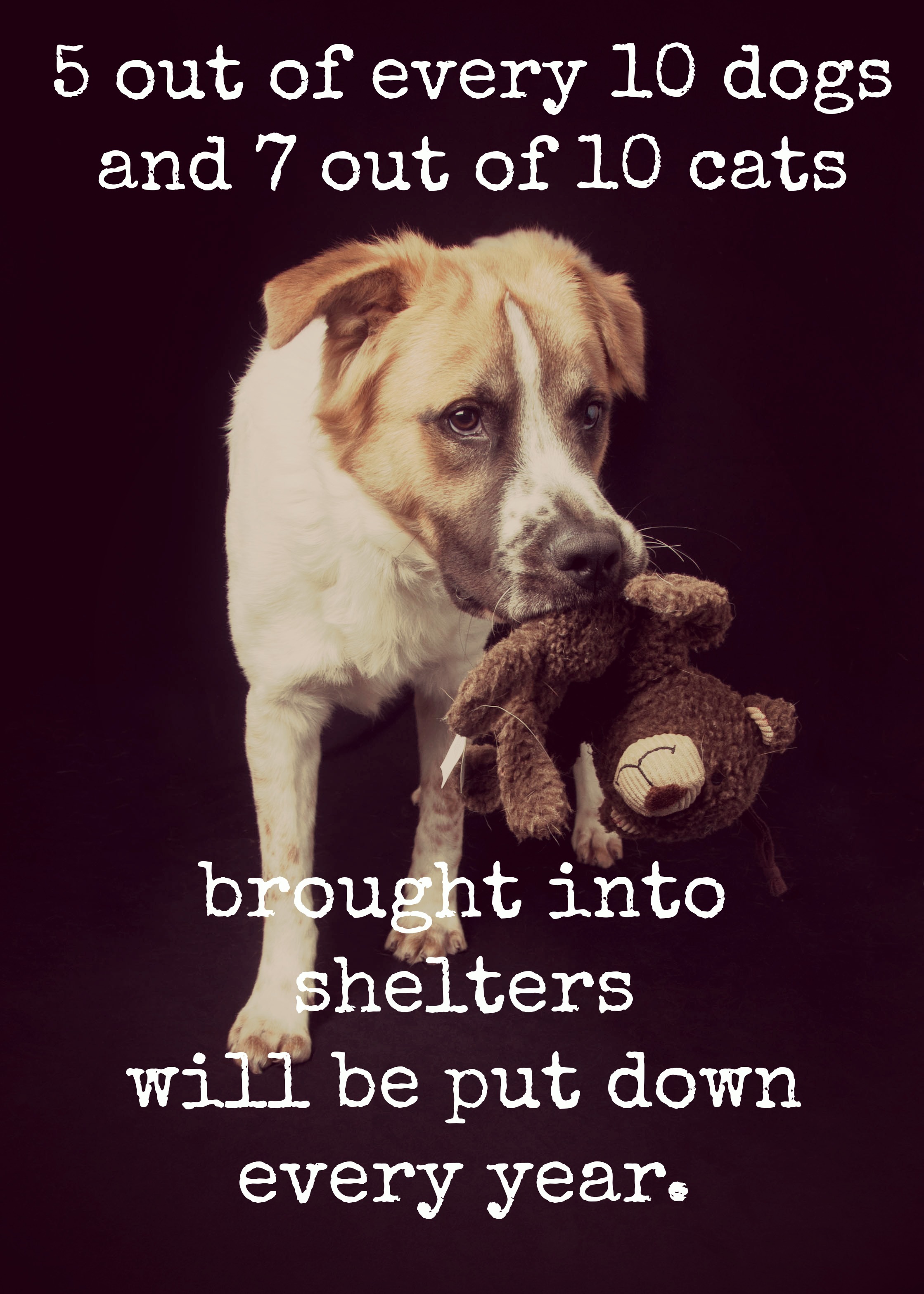 The most heartbreaking part of these statistics is the fact that these animals are healthy, and perfectly capable of loving a new family. Time in the shelter system is just not on their side. 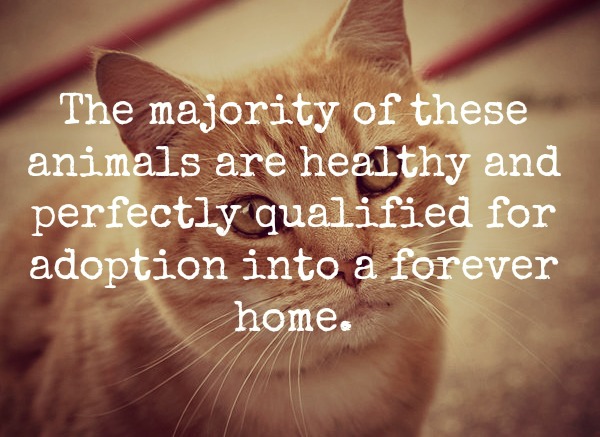 You can help to lower the number of homeless animals in the United States by choosing to adopt a companion over shopping for one. It is also important to spay and neuter your pets, especially if they go outdoors frequently. 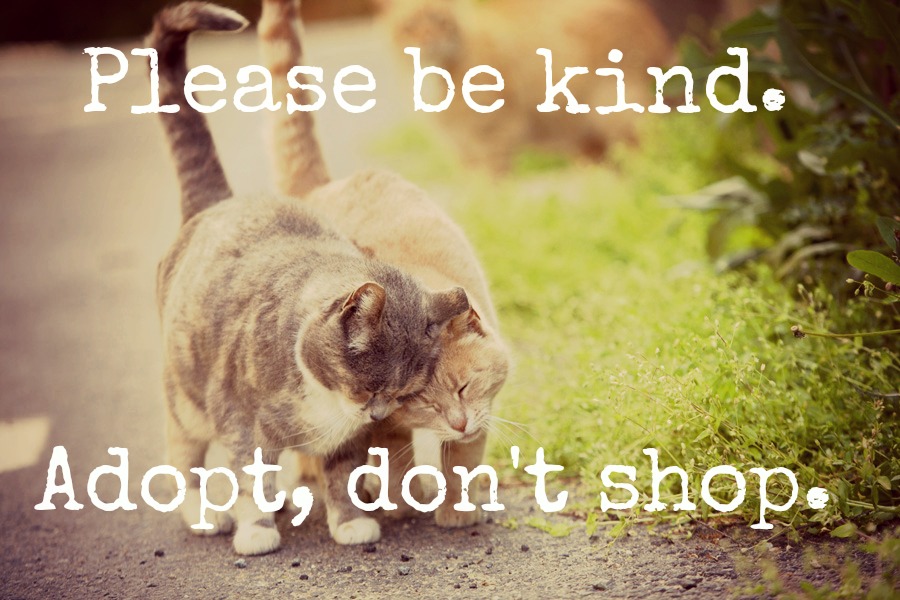