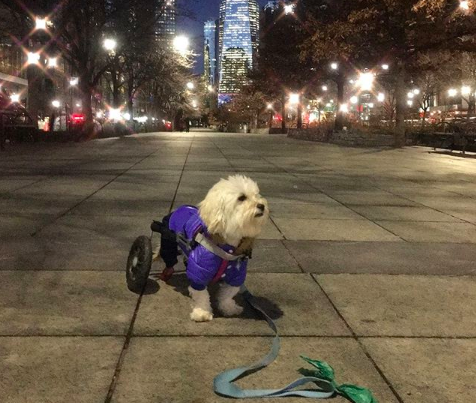 There are so many amazing adoption stories that prove why rescuing is the best way to add a furry family member to your home. There’s Lady, a sweet rescued dog posing with her stuffed teddy bear. Cosmo and Sam, who were adopted after their 10-year-long human wanted to euthanize them. And there are amazing rescue stories of animals of all species! One story that’s been warming the hearts of Instagram users is that of Pani who was adopted and given a loving home by Tedi Sarah. 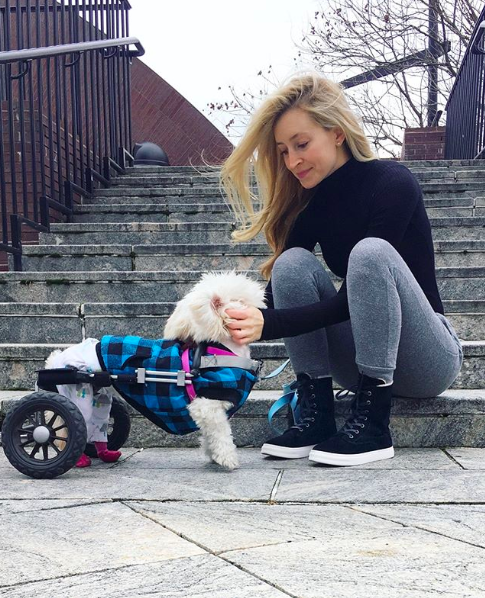 Pani, a sweet little dog rescued from Iran, found her furever home with none other than her foster mom who already loves her and takes great care of her. Pani was found on the streets of Tehran with a severe spinal injury that left her bottom legs paralyzed. After spending a year in a sanctuary in Iran, Pani was sent to the Animal Haven in NYC so that she could be given rehabilitation.

Pani spent just one night at the shelter before being picked up by Tedi Sarah, a child life specialist and vegan lifestyle blogger who had previously fostered 21 dogs and a kitten. Tedi thought she could foster Pani until she was adopted as well, and then continue fostering to help more dogs. However, little did she know, Pani was meant to be in her life forever.

Naturally, Tedi fell in love with Pani, but her reason for not being able to adopt her was the same that was likely going to keep her from being adopted for a long time… the cost. Because of Pani’s condition, she requires rehab therapy (dry, water, and laser), diapers, frequent vet appointments and medications, supplements, wheelchair adjustments, and more. That is a lot for anyone to handle, but things worked themselves out perfectly for these two. 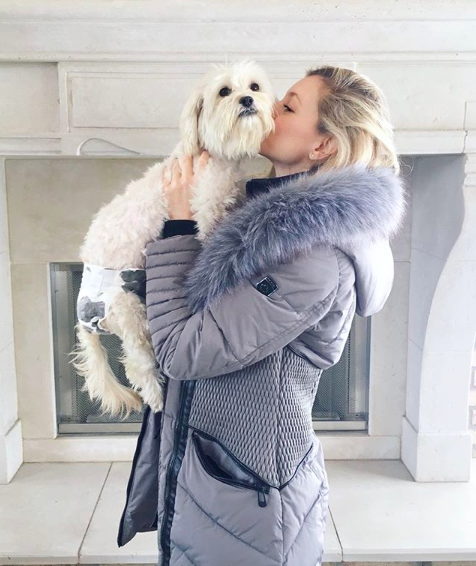 Tedi chronicled her life with Pani on her Instagram account and was often told she is the right home for her, and she felt it to be true too. As luck would have it, Tedi was going to do a TV interview to help get Pani adopted when the anchor privately offered to help with the cost of Pani’s care to help keep them together! She received many similar offers from people who followed her Instagram account and blog, and she decided to set up a GoFundMe campaign.

With the generous and kind donations of people who want to see Pani in the care of Tedi, she’s been able to adopt her and give her a furever home!

Tedi changes Pani’s diapers, takes her to her therapy and vet appointments, and gives Pani the live she deserves.

She can play with other dogs on her cool wheels and do most things that other dogs can do. It’s an incredible adoption story, and it’s one of the reasons we encourage people to adopt. Like Pani was, there are too many homeless dogs in need of homes, but it’s wonderful when they are given a second chance at a happy life!