Our Culture’s Defining Dilemma: Our Violence Toward Children (Of All Species) 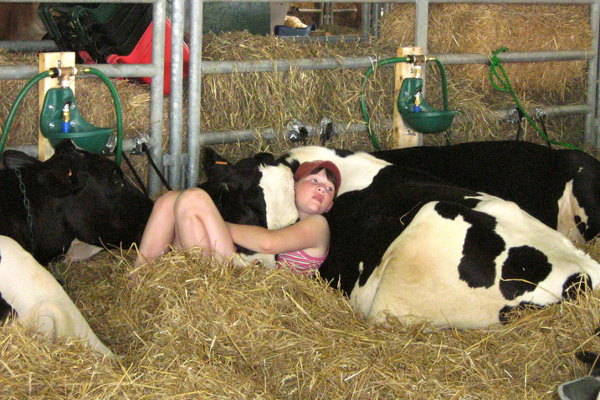 The recent school child-killing spree in Connecticut has once again, in a tragic way, drawn our attention to the issue of violence in our society, and specifically our culture’s violence toward children. The conversation revolves a lot around the issue of personal gun ownership, but it is absolutely essential that we look much more deeply than this. Some people are wisely making the connection between the 20 children killed in the Connecticut shooting and the hundreds of children killed in the wars inflicted on the people of Afghanistan, Iraq, and Pakistan, and also the roughly five thousand children who starve to death every day in our world. Making the connections between these three forms of violence toward children is a vital part of the process of awakening, healing, and consciousness-raising that we need to go through, but there is much more that is even more powerful in its ramifications that is routinely hidden and denied. Without addressing and resolving the unseen dark side of our massive violence toward children, our efforts toward creating a society of freedom, equality, security, and harmony are ironic to the point of being absurd and one might even say, insane.

The hidden violence I am referring to here is two-fold: the routine violence toward the children of other species caused by our culture’s food and purchasing traditions, and the consequent harm toward our own children that is a direct result of this violence toward nonhuman animal children. By conservative estimate, we are killing 75 million animals every day in the U.S. for food. This far-reaching industrial killing machine that we have created to fulfill our desire for animal flesh and dairy products slaughters about nine billion chickens annually who are only about six weeks old. They are just infants, pushed hard by drugs, breeding, and feed to fatten up and grow at an accelerated pace for profitability. The millions of male chicks born in layer hatcheries are considered useless and are crushed or ground alive shortly after pecking their way out of their eggs. Pigs, cows, turkeys, ducks, geese, lambs, calves, and the other animals we eat are also mere children, killed as early as possible to save on feed costs. Even the oldest animals that we kill for food, the spent laying hens and dairy cows are only 3 to 5 years old; cows would live 25 years normally. The same is also true for the fishes we consume – two thirds of the fishes we eat are now factory-farmed, and the same conditions apply in the aquaculture operations that kill billions of fishes annually.

Animal agriculture, whether of the large-scale industrialized variety that supplies over 98 percent of our animal-based foods, or of the “free-range” variety, is based upon direct and unremitting violence and death to the newborn babies, infants, and children of the animal mothers who are impregnated against their will to produce these children. Our cruelty to these vulnerable animals boomerangs in two ways that we have yet to recognize as a culture: one is the direct violence it does to our bodies and minds. The other is the indirect violence it does to us as beings who are conscious and responsible moral and spiritual agents, co-creating our experience on this Earth, completely interconnected with other human beings, and with all living beings.

For the first, we can now plainly see the results of our culturally-mandated addiction to meals of meat and dairy products. For the first time, our children today are clearly and unequivocally in far worse shape physically and psychologically than former generations. Rates of childhood obesity, diabetes, atherosclerosis, multiple sclerosis, and cancer are higher than ever. The same is true of autism and of diagnosed psychological illness such as ADD, ADHD, bipolar, and other disorders. We plainly have a situation where our children are being assaulted by toxic pharmaceutical drugs as never before, and also by toxic animal food products that concentrate hormone residues, as well as chemical, drug, and antibiotic residues from animals fed genetically-engineered feed laced with scores of chemicals and additives, and whose lives are nothing but fear, despair, and pain from birth to early death.

In addition, we now understand, for example, that our bodies are almost unimaginably complex: biologists estimate we’re made up of about 60-90 trillion cells, and each one of these trillions of cells is considered to be more complex than New York City! Our bodies are magnificent vehicles, and they are designed to be expressions of our creative yearnings to express, awaken, grow, and celebrate our lives on this beautiful and abundant planet. The same is also true for the bodies of cows, pigs, turkeys, fishes, and the other animals we are imprisoning and killing for food. Think of the enormous intelligence operating at the cellular level in our bodies and also in the bodies of these animals we kill and eat for food. Every chicken cell is also similarly complex, and when we steal a chicken from her mother and force her into a cage from birth, and then kill her weeks or months later, the enormous wisdom in the trillions of cells in her body know that something is terribly wrong, and when we cause that terror and despair by paying for it in restaurants and markets, and then eat it and feed it to our unsuspecting children, we are bringing a despair and darkness into ourselves, and forcing it onto our children, at the deepest levels. We are causal agents, and we inevitably reap what we sow, and our children do as well. In fact, we only continue this devastating behavior because we were, as children, fed this way, and told the deceptive official stories supporting it by every institution in our culture.

Thus we can begin to understand the second, or indirect, violence that we are causing ourselves, our children, and our communities and world. By unquestioningly acquiescing to the meal demands of our culture, and going along with and perpetrating the relentless killing of nonhuman children, we repress our natural intelligence and compassion, and learn to stay shallow and disconnected in our relationships with ourselves, and with each other. We remain merely busy in our various quests, lost in the cultural programming that reduces us to cogs in a machine that concentrates wealth and power in the hands of a tiny elite, and devastates the natural and inherent vitality and richness of ecosystems and communities in the process, and stealing our purposes, wisdom, and power.

May this recent killing spree at the Sandy Hook school in Connecticut serve as a reminder that we are all, as children, vulnerable, and that we have a noble obligation to protect the children—all the children—from cruelty, violence, enslavement, and toxic drugs, chemicals, and pollution. May we see that the actual physical suffering and disease caused our children by feeding them meat, dairy, and eggs, is so great that, as Dr. John McDougall puts it, “if parents inflicted this much physical suffering with a stick, they’d be put in jail.” May we see beyond that, to the emotional, spiritual, and cultural suffering we cause our children, each other, and ourselves, and beyond that to the nonhuman animals and their children, and ecosystems, and the future generations who are all interconnected with us. May we not be deceived into only caring about our own family, community, nation, or species, but understand that all living beings are our neighbors. And may we do what we can to understand the bigger picture that I’ve only been able to hint at in this short piece (outlined more fully in The World Peace Diet), and bring our lives into alignment with our values, and spread the vegan message of radical inclusion during this powerful season of solstice celebration of light and of the one life that sings through us all. May all children be happy, free, and at peace.