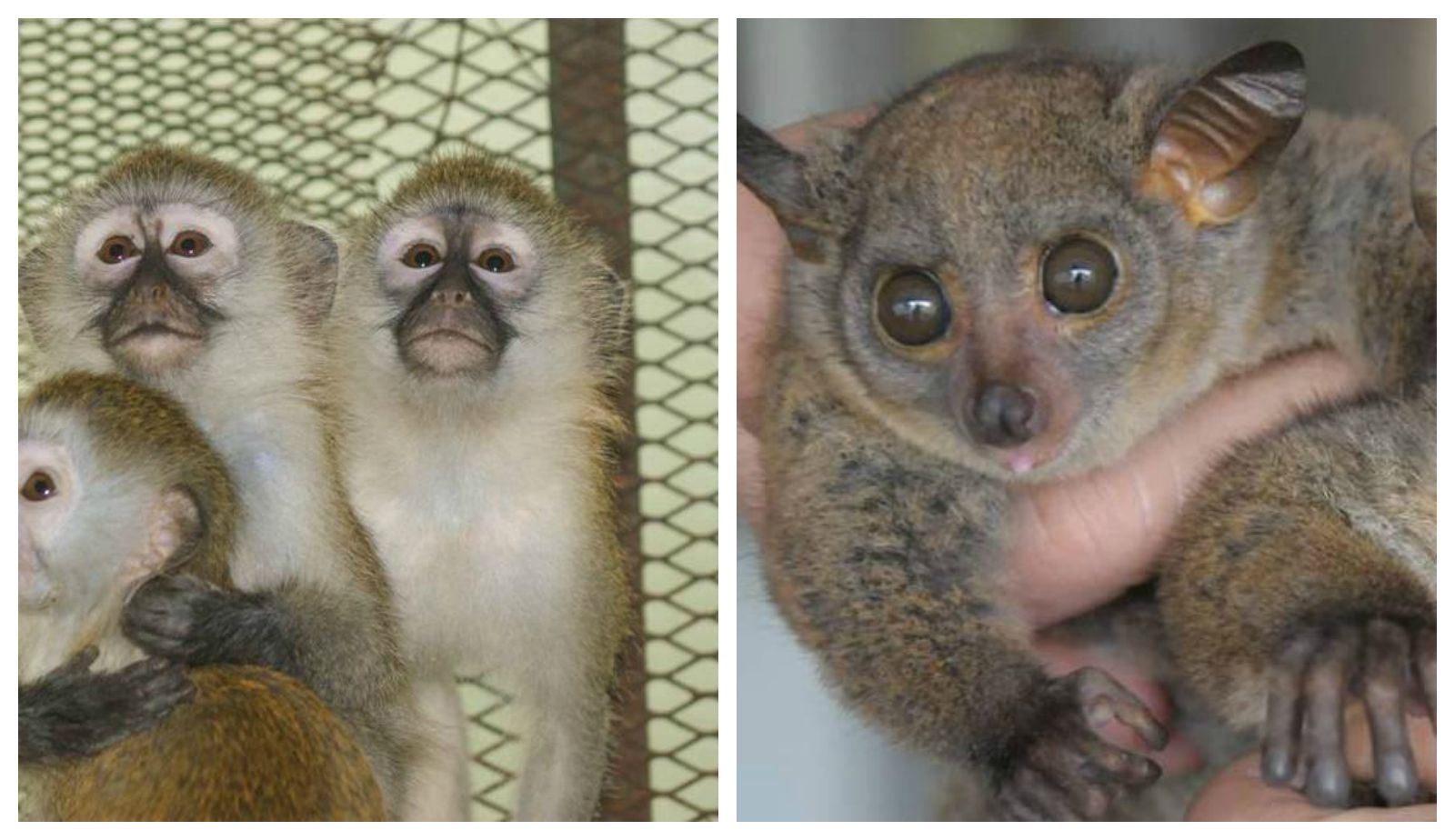 Green Monsters may remember the heart-warming story of the unlikely friendship between orphans, Laila the vervet monkey and Cashew the bushbaby. Having been rescued by Kenya-based NGO, Colobus Conservation, the two formed a firm friendship which crossed the species barrier. Now, two months on and their carers at the rescue centre are delighted to report that both Laila and Cashew are now well on the way to rehabilitation, and have made some new friends!

Learning to Live in Monkey Society 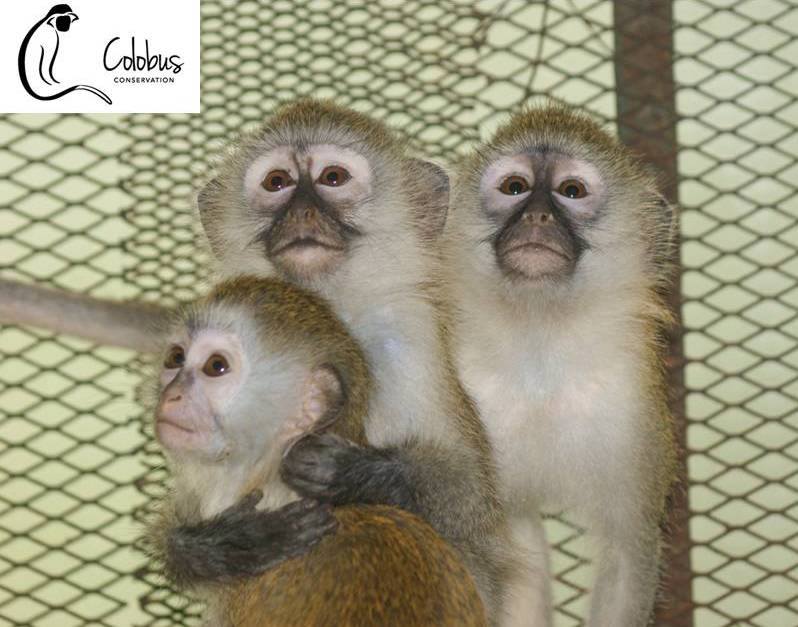 Laila is now living full-time with the orphaned vervet group in the nursery area of the center. As time goes on, the group will be prepared for release into their natural home. In the meantime, they still have a lot to learn. The most important first step is ensuring that newcomers are properly integrated into the small troop. Where Laila was concerned, settling in was no problem. When she first arrived, she was shown the ropes and made to feel welcome by a monkey called Ginger but, say staff at the centre, it is gentle Kaya who has taken on the role of adopted mom to little Laila. 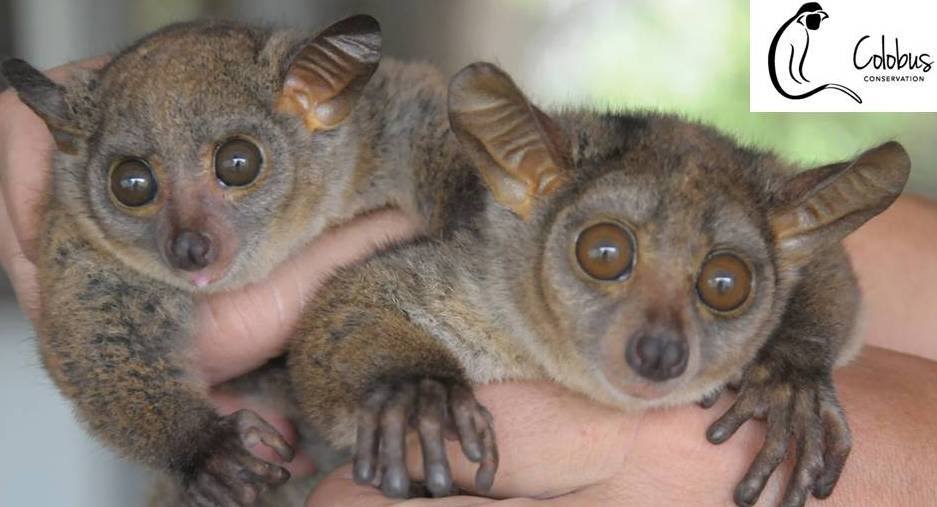 If you are concerned that Cashew was left alone when his friend moved on to the next stage in her rehabilitation, no fear. Cashew, too, has a new companion; a beautiful bushbaby named Netti. Netti arrived at Colobus Conservation back in May, but it took her some time to adjust to her new surroundings. Like Cashew, she was found alone and frightened in the forest. She was far too young to be able to survive alone. Since she has been introduced to Cashew, he has helped her to take the first steps on her road to recovery. She, say her carers, is very calm whereas Cashew is the “wildcard.” The nocturnal pair love playing together, with their favorite game being hanging upside down by their feet and batting each other with their hands. 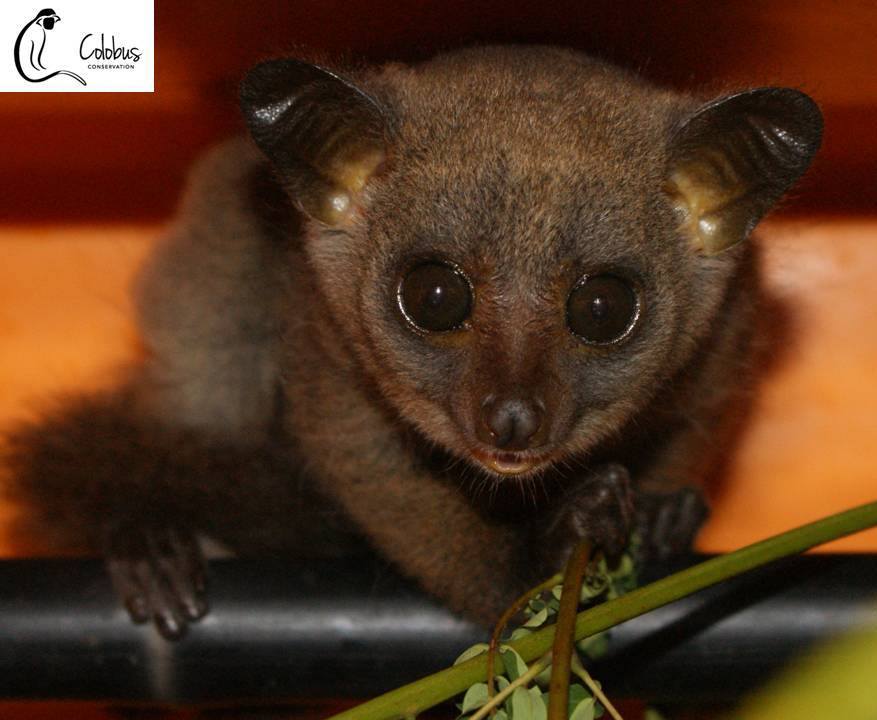 “Sadly, it is something of a revolving door here, with those animals who have been nursed back to health and rehabilitated heading out to live their lives in the wild and others, orphaned and in desperate need of care, coming in,” Andrea Donaldson, Conservation Manager from Colobus Conservation tells One Green Planet. “Laila and Cashew’s journeys are far from over but they are making fabulous progress and we look forward to the day when they too can return to their forest home.”

Colobus Conservation works in the conservation, rescue and rehabilitation of wildlife in Diani, Kenya. Working in diverse ways, the group tackles human-wildlife conflict using scientific research coupled with strong community engagement and innovative approaches. One of the group’s major projects involves the construction and installation of “colobridges” in the local area. These specially-designed bridges allow for monkeys to cross busy roads safely and have led to a significant reduction in road traffic accidents involving primates.

Through these amazing, innovative programs, Colobus Conservation is helping to create a future for Kenya’s primate population where they can thrive and live in harmony with the local population.