Organic Dairy Takes the Antibiotics Out of Milk … But What About the Cruelty? 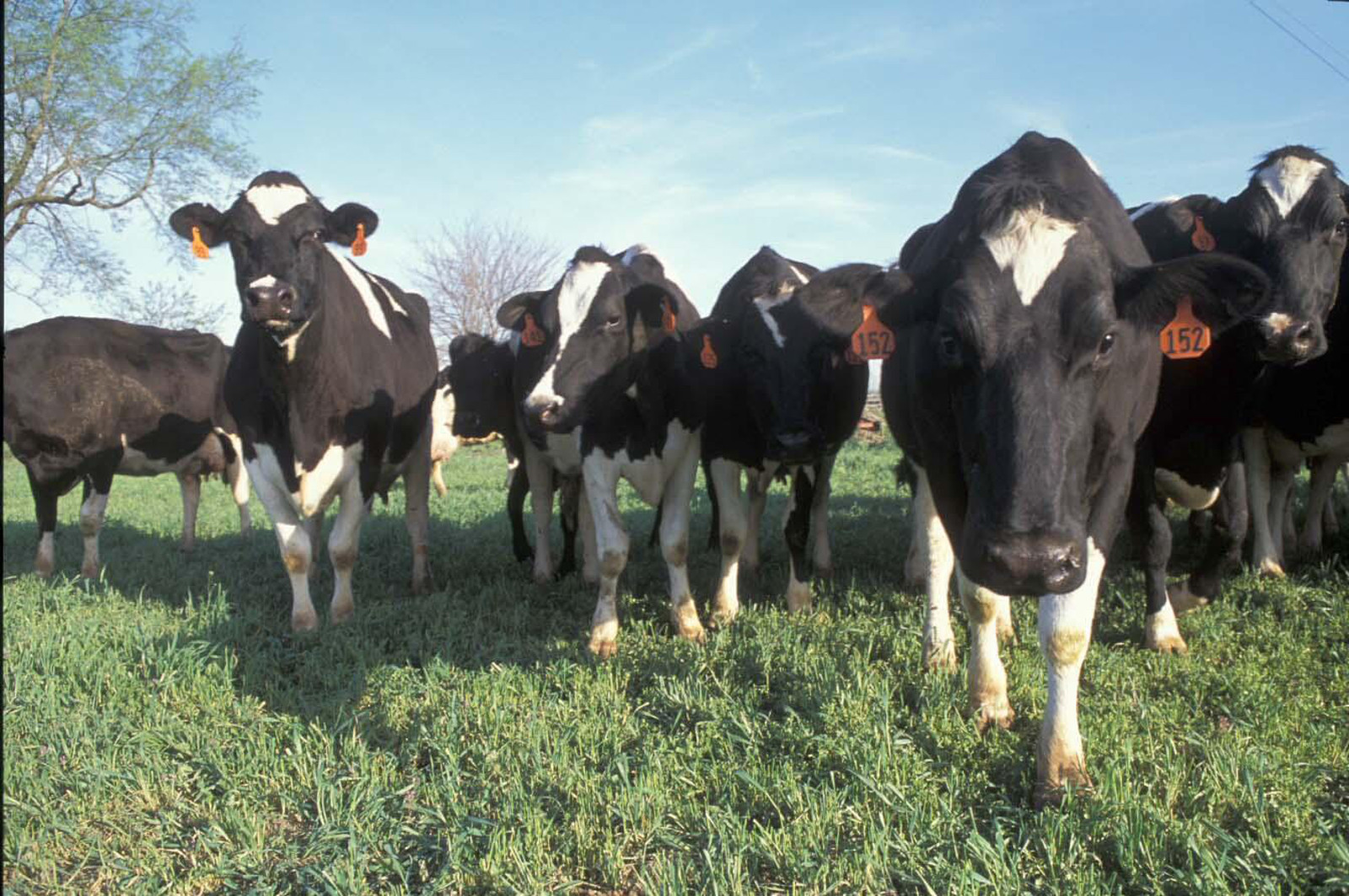 As the brutal realities of what life is like for animals in factory farms gain prominence with the public, many are starting to seek out more “humane” versions of products like meat and milk as a form of protest to the abhorrent treatment of animals on intensive farming operations. Another growing concern for consumers is the issue of antibiotic use in animal agriculture.

Around 80 percent of the antibiotics used in the U.S. are administered to livestock pre-emptively (ie: before any animal shows sign of illness). Animals in factory farms are raising in close proximity with one another and are under constant strain and stress which makes them more prone to infection. Essentially, these antibiotics allow animals to survive the horrific conditions they are forced to endure every day, but they can also carry over into meat and dairy products in the form of residues.

These resulting antibiotic residues have been blamed in part for the rise in antibiotic resistance in people; something which experts say may have a devastating effect on human health in the coming decades. This, and other farming practices such as the use of chemicals and pesticides in crop cultivation, has led in recent years to concerns over the impact upon human health and the environment if these practices were to continue unchecked. In response to these concerns, organic farming methods have grown in popularity in recent years; that is, farming which does not use unnatural chemicals, unnecessary drugs or other practices which interfere in the “natural” development of animals or plants.

While the move to organic farming has been offered as a better alternative to conventional farming for the sake of human health, it has now become synonymous with the idea of happier, healthier animals and a more “humane” way of farming. In fact, the experience of an “organic” dairy cow differs little from the life of a “non-organic” dairy cow.

What Does the Organic Label for Dairy Really Mean?

There are many misconceptions over what an “organic” label signifies in the dairy industry and oftentimes the assumption that organic dairy cows are raised in a completely different way than conventional is made. However, the organic label only really guarantees that cows are fed organic feed, not administered antibiotics or growth hormones and that they have unrestricted access to pasture.

1. Dairy Cows Endure Endless Pregnancies Only to Endure Having Their Babies Taken Away 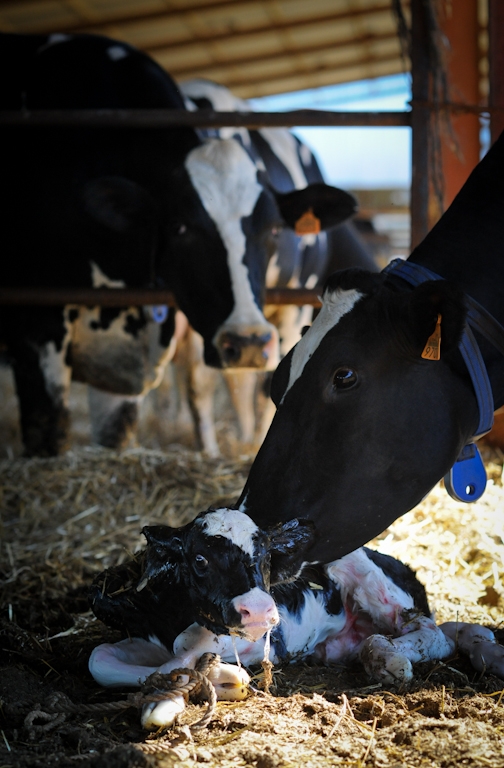 A dairy cow is a cow who is lactating because she has recently given birth. If her baby was allowed to suckle the milk that her body is producing for him or her, there would be no milk to sell to the farmer’s customers. So the baby is taken away from her. Male babies are killed or used for veal production and females will be raised to become dairy cows like their mothers. When the cow’s lactation slows, she will be forcibly impregnated again, endure pregnancy and childbirth again and then … have her baby taken away from her again.

Cows are incredibly emotional beings and they are known to form steadfast bonds with their babies mere minutes after birth. Dairy cows who have their babies taken away (in both the organic and non-organic industries) are known to bellow for days in mourning of their lost calves.

Over the course of two to five years, the dairy cow will endure the joy of birth followed by the sharp pains of the loss of their child until they are ultimately sent to slaughter themselves. Sadly, an organic status provides no protection from this suffering.

2. Organic Cows Can Spend Most of Their Lives Indoors 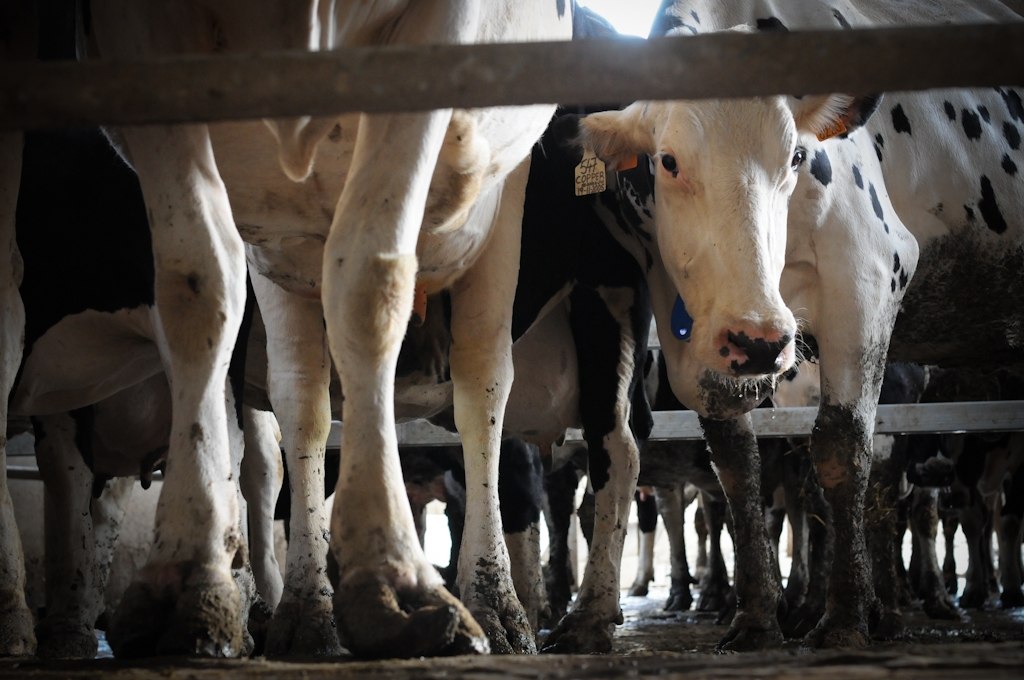 One misconception about organic farming is that the animals are allowed to graze happily all year round. In fact, the U.S. Department of Agriculture demands that animals have at least three months worth of pasture time. For the remaining nine months, the cows can be kept inside. While the organic label means cows have access to pasture, but what that means in practice is a very different thing. 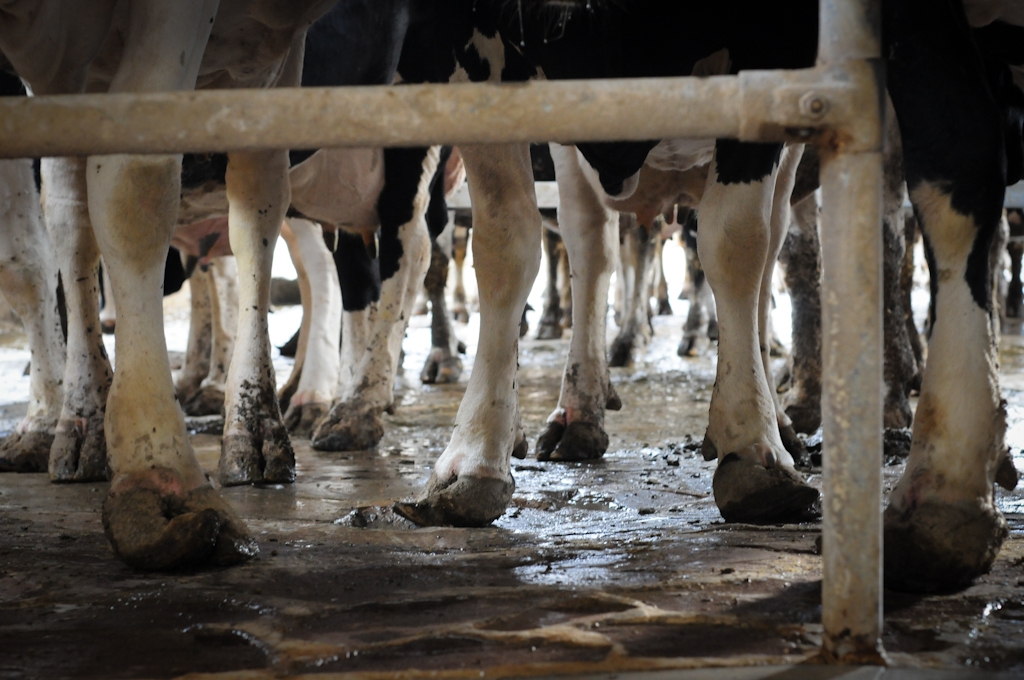 While some dairy cows may be given more freedom of movement than others, they all, by necessity, spend a significant amount of time penned; usually on concrete floors. This unnatural substrate leads to painful ulcers and sores on legs and hooves, which may lead to clinical lameness. 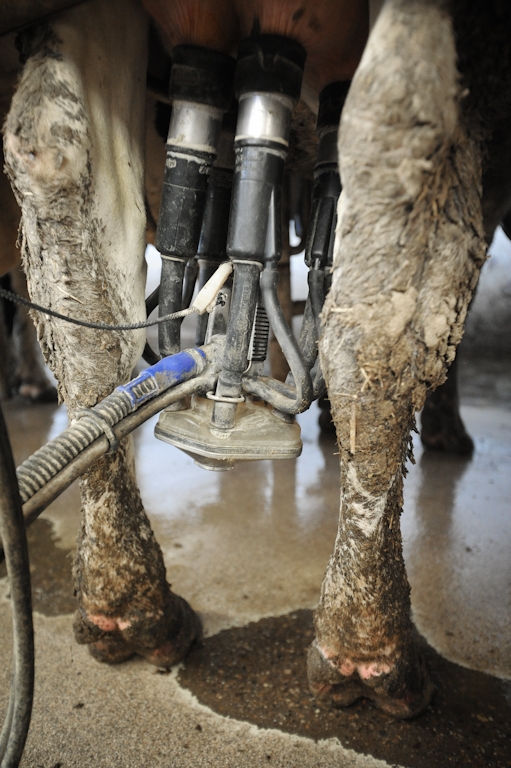 Mastitis is an infection which affects cows as a result of regular milking and being kept in an almost perpetual state of lactation. It affects organic dairy cows just as it affects others used in different farming systems. Most dairy cows are milked three times a day and expected to produce up to 10 times more milk than they would naturally. Not only does this put an enormous strain on the cow’s metabolism, but it also makes them highly prone to infections as a result of constant milkings. Throw in a lowered immune system from the various different stressors in the cow’s life and you have the perfect mix for a nasty, extremely painful udder infection. In conventional dairy production, cows are allowed antibiotics to treat this infection, but organic dairy cows cannot take antibiotics.

Just like “free range” or “natural,” “organic” labels can be misleading for compassionate consumers who want to ensure that their eating habits do not impact negatively upon animals. In truth, all animal farming involves the exploitation and abuse of animals in some form. The only way to truly avoid foods which cause animal suffering is to move away from meat, eggs and dairy products and opt for plant-based options instead. Thankfully, there is a rich bounty of different dairy replacements which are delicious, healthy and cruelty-free. Plant-based milk, cheese, ice-cream and yogurt are all readily available in stores. With a truly humane alternative that is delicious, there is no reason why any cow, organic or not, should have to suffer.