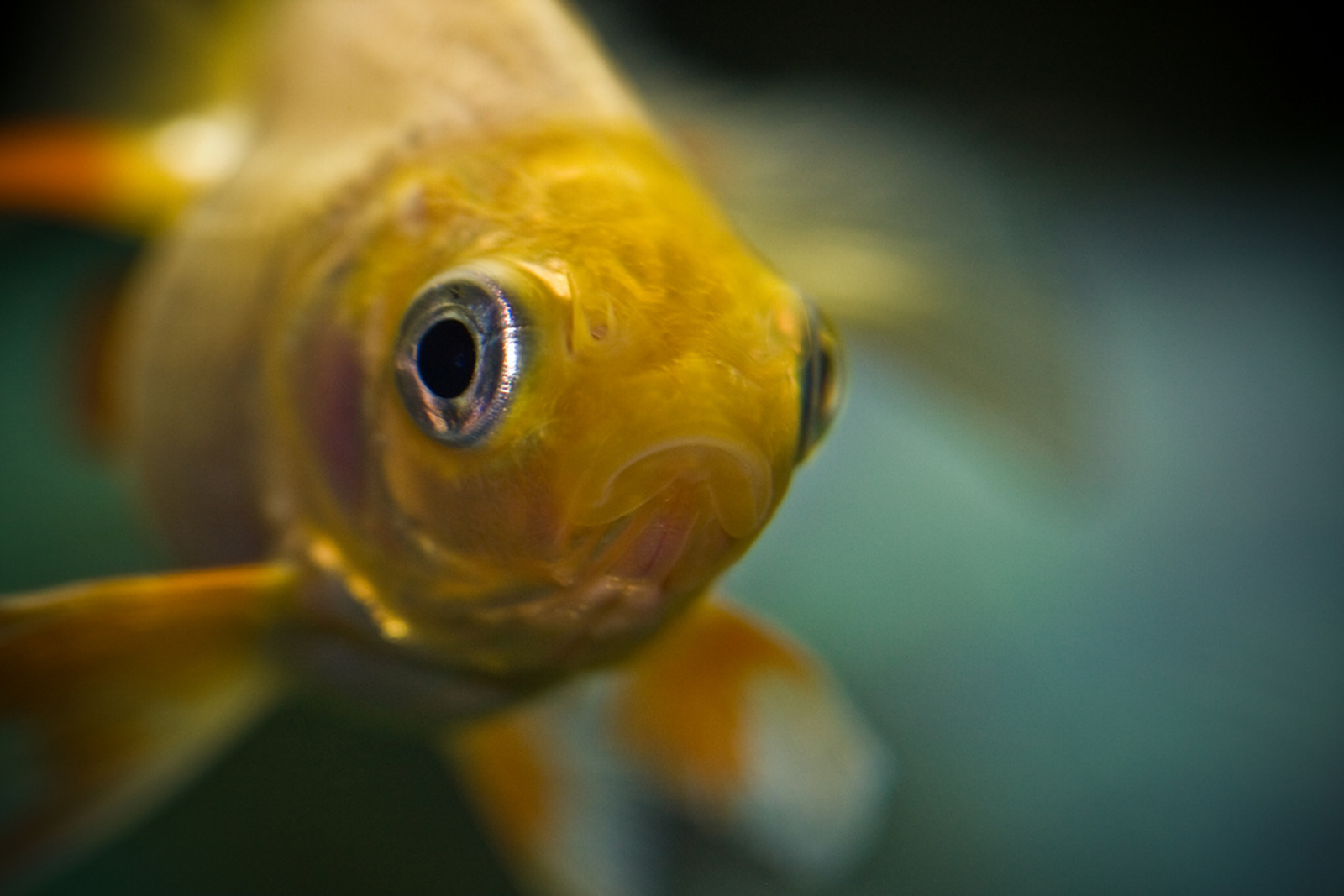 When you hear about Omega-3 fatty acids, what source usually comes to mind? We bet it’s fish. First of all, what’s the big deal about Omega-3’s? Well, they are polyunsaturated fatty acids, essential to the human body for performing functions such as controlling blood clotting and building cell membranes for the brain. Studies suggest Omega-3 fatty acids may protect people against heart disease, stroke, cancer, and other serious conditions.

All over the world, fish have been marketed for their health benefits associated with Omega-3s. And it’s true – fish do absorb and concentrate Omega-3s in their fatty tissues, making species of fish such as salmon, mackerel, halibut, herring, and sardines the most potent sources of Omega-3 EPA (eicosapentaenoic acid) and Omega-3 DHA (docosahexaenoic acid).

Fish are also potent sources of mercury, PCB’s, radioactive substances, toxic metals and even plastic … yum? Check out this post to find out the health dangers of eating fish. So, if fish oil is really necessary for optimal health, how are some of those crazy vegans living so well?

Should health risks be associated to gain health benefit? Could there be something fishy about this fish oil craze? To eat or not to eat fish is a widely controversial topic, especially in the United States, where alternative Omega-3 sources are readily accessible.

Humans are eating our oceans. At the current fishing rates, it is predicted that every species of wild-caught “food fish” will be eliminated by the year 2050! Do we really need to wait until all the fish are gone before we start thinking about other options? These fish have something to say about all this…

Fish get their Omega-3s from a strange and exotic source known as … algae.

Just like humans, fish get their Omega-3s from their food sources. The fish that eat the most amount of algae have the most concentrated amount of Omega-3s. Hey, we can cut out the middle man and get it there too! 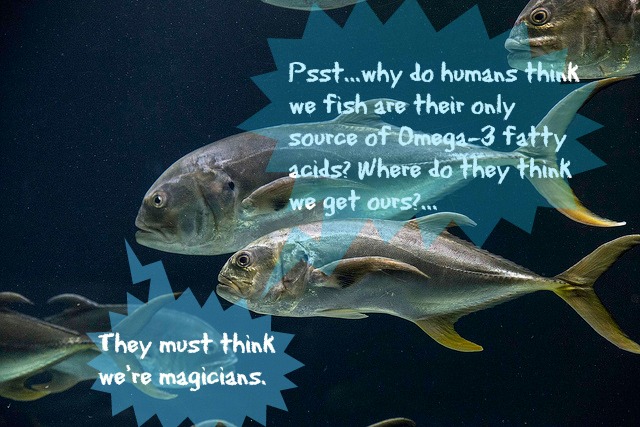 Many people living plant-based lifestyles will agree that fish are, in fact – not vegetables!

If you’re trying to eat more sustainably, cut out exposure to toxins and just generally don’t feel like eating Nemo, there are plenty of plant-based sources of Omega 3’s. 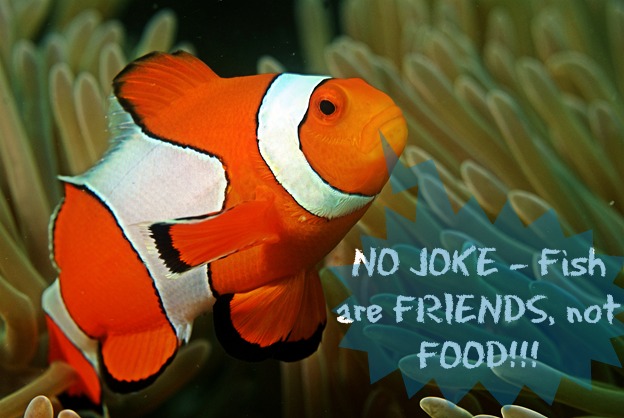 Sharks have oil-rich livers, which means they are also used for those fishy fish oil vitamins. Around 100 million sharks disappear from the ocean every year … maybe we should consider eating flax instead. 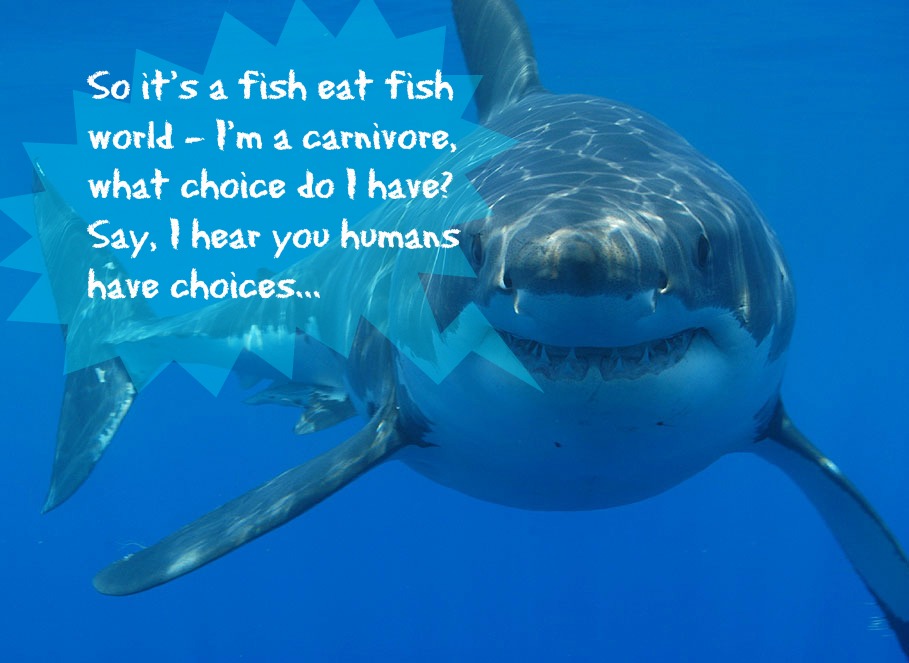 Not to be a party pooper, grouper…

But, it is estimated that about 75 percent of the world’s fish populations are being fished faster than they can reproduce, 80 percent of fish stocks are completely exploited, and about 90 percent of all large predatory fish (i.e. tuna, sharks, cod) have vanished. Mining the oceans to meet the needs of the food and fish oil industry is taking a major toll. 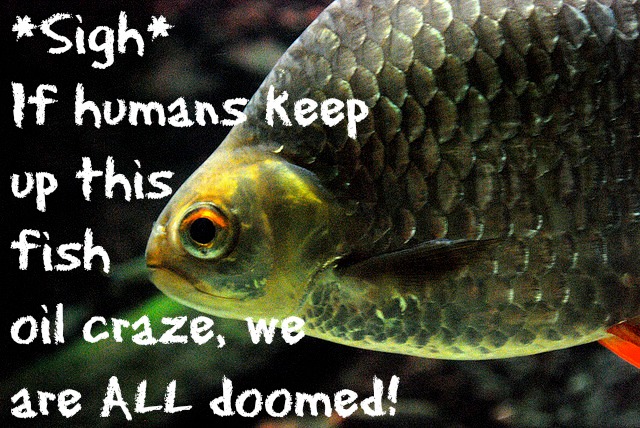 To meet your needs, you need to let your diet go to seed.

Aside from algal oil supplements (you know, from the algae we were talking about?), you can also get the goods from chia seeds, flax seeds, pumpkin seeds and walnuts. Click here for even more ideas! 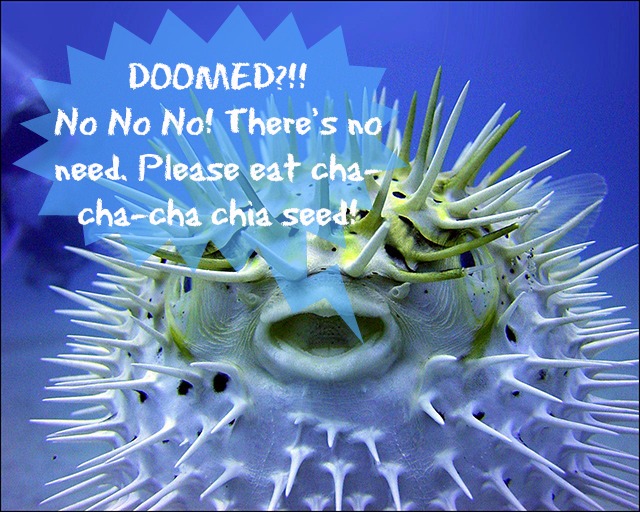 I believe the marlin are our future. Treat them well and let them swim away …

With all the tasty, healthy and easily accessible alternatives it’s easier than ever to get Omega 3s without fish. It’s time to pick up some pumpkin seeds for our health and for marine life everywhere! 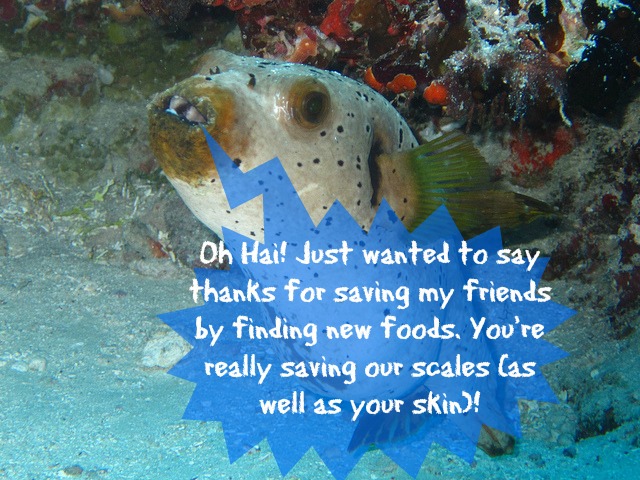