The announcement that the Obama Administration will allow seismic testing for oil exploration along the East coast of the U.S. is just the latest in a series of “ocean pandering” disguised as planning. Just last month, the Obama administration hosted “Our Ocean,” an international conference said to focus on tackling issues of overfishing, marine pollution, and climate change. It was during this conference that President Obama announced plans to create the world’s largest ocean reserve.

Sadly, however, it seems that ocean reserves and concerns about marine protection are reserved exclusively for those areas where there is little development interest from energy industries. The area proposed for expanded protections is the Pacific Remote Islands Marine National Monument in the south-central Pacific Ocean – remote being the key word. The East coast of the U.S., however, is not remote but it is home to over 35 species of marine mammals including six endangered large whale species. Apparently, it is open for business. 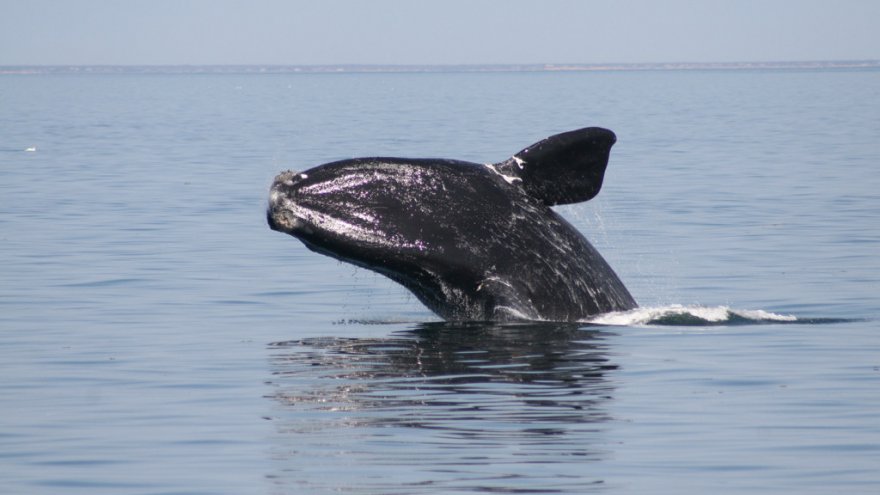 Profits at the Cost of Marine Life

Along with plans to explore for oil, the Bureau of Ocean Energy Management is selling leases to build multiple wind energy facilities along the east coast. To accommodate this boom in building offshore energy complexes, U.S. Agencies, researchers, academics, and even some conservation groups, are racing to the ocean planning finish line with fancy graphs, maps, and models, all predicting where it’s safer to build. But even with the best intentions and available data, these “fixes” may be more akin to snake oil than to healthy ocean planning.

For example, the Northeast Ocean Data Portal was designed to assist in ocean planning in the Northeast U.S. While it may appear to provide everything you need to build safely in areas without impacting whales and dolphins, you need only to look a little closer to realize its limitations.

The large gray blocks labeled as areas of “no sightings” appear as large expanses for safe construction without harming marine mammals. In reality, these mislabeled areas are locations where data are absent, and should be labeled as “no data,” rather than “no sightings.”

Many of these data deficiencies are the result of mathematical models which rely on very specific systematic survey effort. These costly surveys do not occur regularly and those that do are typically designed to locate the endangered North Atlantic right whale. 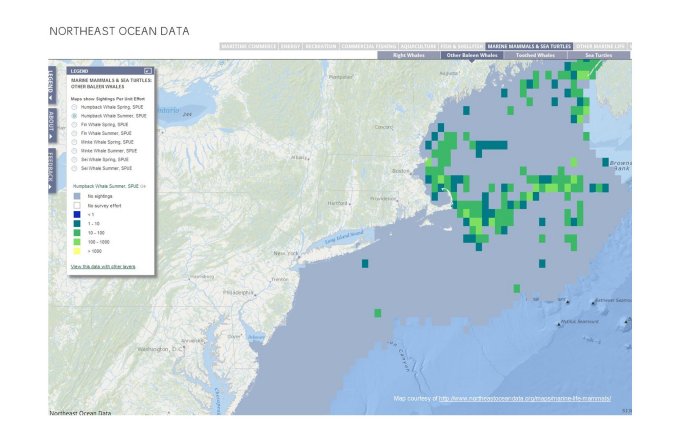 While other species incidentally seen during these surveys may be documented, the times and locations of the surveys are crafted around the known migration patterns of right whales. The result is that a lot of other marine mammals go unnoticed as they spend time in areas not part of the survey plan.

Are We “Doing Our Part”?

President Obama, last month you said ”Let’s make sure that years from now we can look our children in the eye and tell them that, yes, we did our part, we took action, and we led the way toward a safer, more stable world.”

The impacts to marine mammals from petroleum and alternative energies are not news. What is news is that whales themselves are marine ecosystem engineers that help to combat climate change and overfishing.

The problem seems to be that these engineers are not unionized or represented by multi-million dollar lobbying efforts and their voices will soon be drowned out by seismic testing. Can you look Malia and Sasha in the eyes and tell them that industrializing the ocean is a better solution than allowing nature’s own engineers to do their job?