NYC Carriage Horse Injured After Getting into Accident 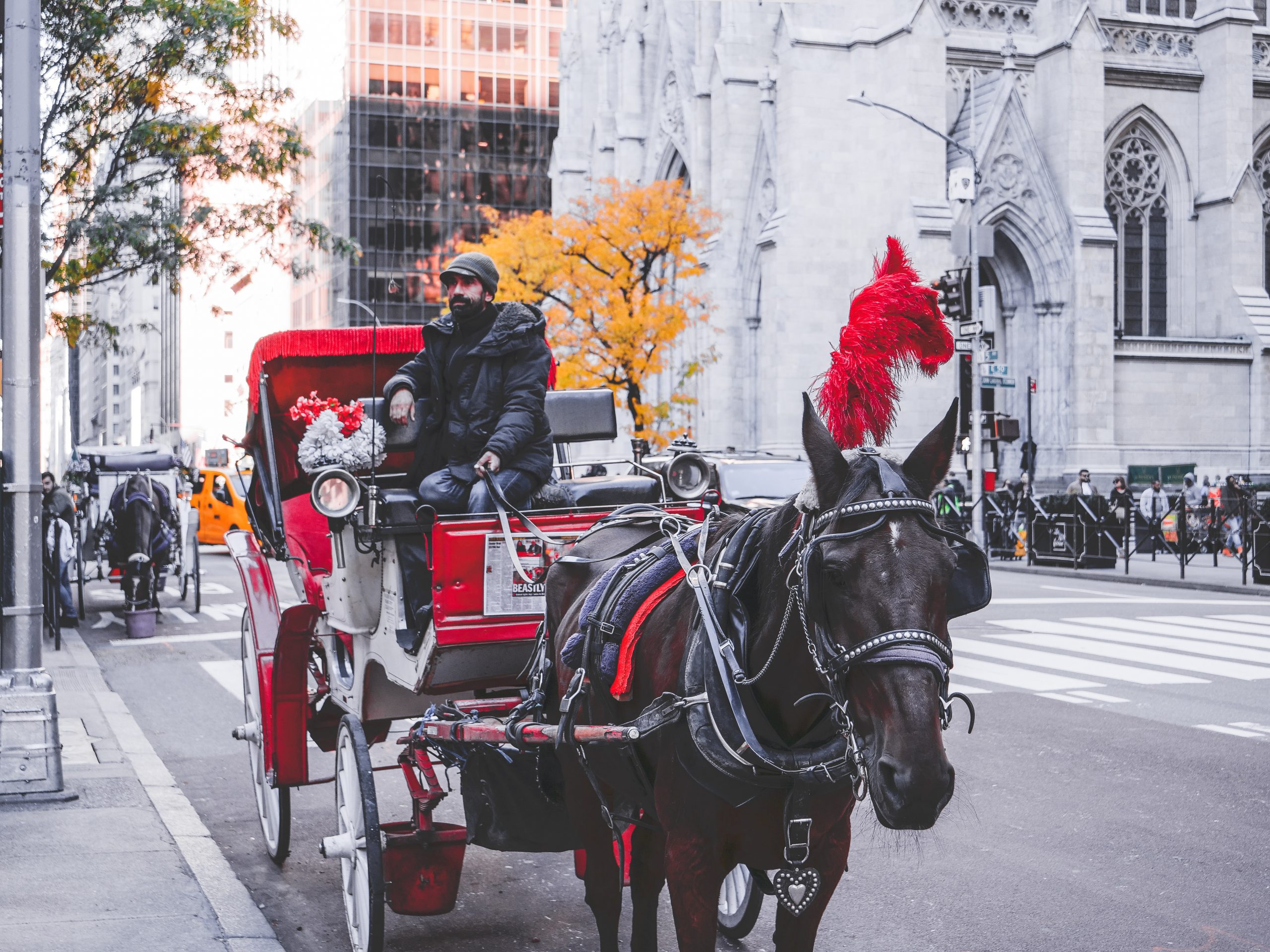 A carriage horse in New York City had a terrible accident during their first time pulling a carriage. The operator lost control after something startled the animal, causing the horse to collide with a car.

The scene was horrific. After falling, the horse passed out from their injuries. They soon woke up and started kicking the parked car, only further injuring themself. The area was covered with blood and bloodied pieces of the vehicle as bystanders gathered to see what had happened.

The horse was reported to have deep lacerations to their midsection, head, and front right leg. They were taken to the Clinton Park Stables, but no more information has been released about the state of the horse.

The New Yorkers for Clean, Livable, and Safe Streets promptly asked that the carriage horse be taken off of the streets. They offered to take the horse to a sanctuary and repeated their request that the practice of carriage horses be stopped.

Edita Birnkrant, NYCLASS Executive Director, said, “Another day, another carriage horse crime scene. This injured horse must be removed from New York City streets immediately will this carriage driver continue to be a menace on the roads? There is no question that this antiquated industry is a clear and present danger to horses, drivers, passengers, and people on city streets. This is 2021, not 1921. After years of broken promises, it’s time for city leaders to take real action to end the abuses of this dangerous industry.”

The business of horse-drawn carriages is an outdated and dangerous practice. It puts not only the horses, but also the driver and passers-by in danger. These kinds of incidents continue to occur every year, strengthening activists’ call for an end to this cruel industry.