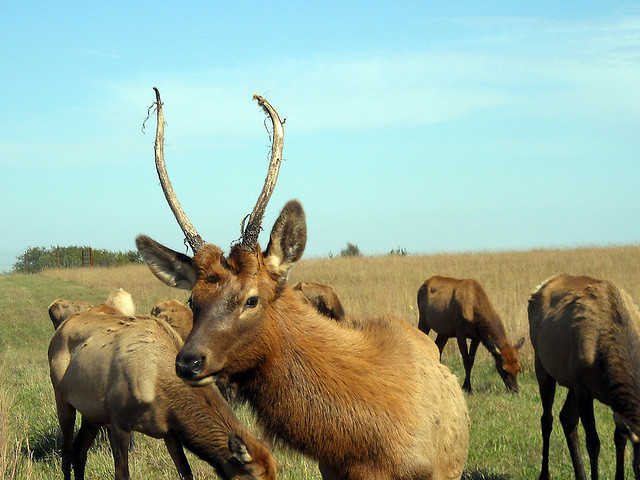 In my talks, I often tell audiences that it is an exciting time to be an ethologist. As a student of animal behavior, I rarely see a week pass without some new, enticing discovery being reported about animals. Drawing attention to animals’ capacity for pleasure is a central theme of my work, so it is especially gratifying on those rare occasions when animals are recognized as seekers of pleasure. Today there are at least 23 scientific journals dedicated to the study of pain (the word “pain” is actually in the title of each of these journals), yet not a single journal focuses on the opposite end of the pain pleasure-continuum. Mystified by the dearth of scientific study on animal pleasure, I’m reminded of Ambrose Bierce, who said wryly: “An abstainer is a weak person who yields to the temptation of denying himself a pleasure.”

Happily, there are signs that science is beginning to take notice of the central role of pleasure in animals’ lives. A recent article in the Washington Post, titled “Calm down dear, I’ll rub your fins,” described a study in which surgeonfish actively sought out a massage from a mechanical wand, and that the wand’s touch helped to relieve the stroked fishes’ stress. The shape and colors of the wand mimicked that of a cleaner wrasse, a reef fish that makes a living by providing a cleaning service to customers who actually line up to wait their turn for spa treatment. Lead investigator Marta Soares concludes: “We know that fish experience pain,” so “maybe fish have pleasure, too.”

The same week, The (London) Times’s columnist Simon Barnes wrote in his Outside column on the fabulous evening flights of a flock of starlings in southern England. If you’ve not had the pleasure of watching these mesmerizing murmurations, here is just one of dozens of clips on YouTube. These spectacles are so beautiful and so moving that I get teary-eyed watching them.

Biologists are quick to pin adaptive, survival-driven explanations on these avian flights of fancy (check out the narration on the video). The birds are increasing predator vigilance; they are heating up their bodies for the cold night ahead; they are sorting out their dominance hierarchies before selecting the best roosting spots, etc.

Who are they kidding. These birds don’t have to do this. Barnes, an experienced birdwatcher, gets it right: “It’s a joyous thing to watch: and perhaps it’s joyous for the birds as well … I suspect that flying in these extraordinary formations is a thrilling thing to do and is a reward for the hard work of flying in 20 miles from the foraging ground. It’s a treat to end the day with: a celebration.”

The latest issue of an innovative British tabloid newspaper called Positive News has boldly promoted the idea of animal pleasure by publishing a color centerfold article titled “Scientists are beginning to explore joy in the animal world” featuring an excerpt as well as nine color photos from my book The Exultant Ark: A Pictorial Tour of Animal Pleasure.

There is one other recent bit of news from the animal world that I must mention here. In what can best be explained as an act of empathy, a captive bull elk rescued a marmot who was drowning in his water trough. Shooter, a massive 4-year-old elk at the Pocatello Zoo in Idaho who stands 10 feet at the tip of his antlers, first used his hoof to draw the distressed rodent nearer to the edge of the trough where he could then reach in with his mouth. (His antlers had been in the way.) He then gently picked up the marmot and deposited the little creature on the ground. After soft nudging from Shooter, the marmot took a moment to recover from the shock and then scampered off.

You might ask what this has to do with animal pleasure. A lot.

Shooter’s valiant act reveals much about an elk’s capacity to think and feel. He planned, then acted, compassionately. And in showing empathy, he recognized that the marmot’s life matters to the marmot. How could an elk think this? My hunch is that he has his own experience as a guide. Shooter enjoys life and he doesn’t want it to end. So why should he think otherwise for a little groundhog floundering in his water trough?

How impoverished that we should view wild (or captive) animals as nothing more than savage beasts, earnestly struggling to eke out an existence. It’s like beholding an ocean and only seeing the surface, when so much lies beneath. Animals have rich private lives. They are pain-avoiders alright, but they are also pleasure-seekers.