News That Gets it Wrong on Animals 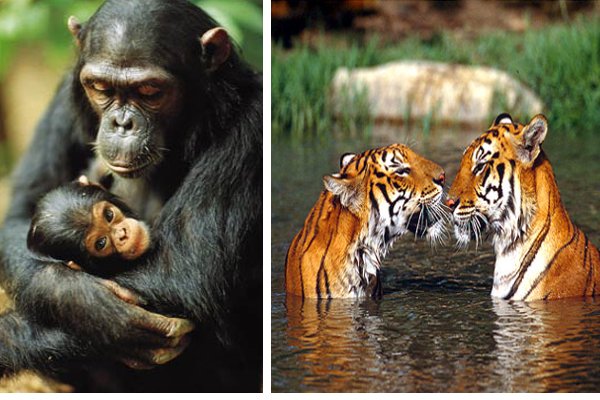 Three years ago I spent an hour with about 15 other volunteers lining up ripe tomatoes on the broad square in front of the U.S. Department of Health and Human Services (HHS) building in Washington, D.C. A salmonella food poisoning epidemic linked to tomatoes was splattered all over the news at the time. Yet, virtually none of the news reports mentioned the likely source of the bacterial outbreak: animal agriculture. The Physicians Committee for Responsible Medicine organized the HHS stunt to draw attention to this omission. When we were finished our tomato arrangement, the 1,000+ red orbs spelled: “IT’S THE MEAT, STUPID!”

The fact is, most foodborne illness germs come from chicken and cow feces that contaminate irrigation waterways, kitchen counters and grocery store shelves. Tomatoes, spinach, and other fruits and vegetables are not the primary culprit.

I was reminded of my tomato outing this past week when the E. coli (named after the colon, or intestine) food poisoning outbreak in Europe blanketed world newscasts like a manure spreader gone awry. Once again, the talk was fixated on vegetables—cucumbers, lettuce and tomatoes. Food-borne illness, the health-related costs of which are estimated at over $150 billion per year, is just another reason to go vegan, as if animal cruelty, personal health, and the environment weren’t enough. It’s also a good reason to support veganic farming, which avoids the use of all animal-derived products, including manure that can contaminate vegetables.

If mainstream news reporting can so miss the mark, what else might we be missing when we peruse the paper or tune in on the radio? As an expert in animal behavior I regularly find misinformation, or vital missing information, in the news. Last month, New York Times columnist David Brooks drew an unfair line between humans and other animals in an article titled “Nice Guys Finish First.”

Brooks portrayed chimpanzees as selfish animals that rarely even offer food to their own offspring. I rebutted, citing studies of chimps showing spontaneous helping behavior toward humans and fellow chimps, adding that chimps also console victims of violence, demonstrate empathy, and show gratitude for favors (and return them). I pointed out that—contrary to the content typically offered up by predator-saturated television wildlife shows whose primary viewer target is twenty-something men—virtue is in fact widespread in nature. Chickens, prairie dogs, songbirds and others sound the alarm at an approaching predator, heightening personal risk by drawing attention to themselves. Vampire bats share blood meals with non-relatives who are unable to forage because they are sick or giving birth. Sparrows, seals, monkeys, orangutans, chimps, rats and hens have all been shown to demonstrate restraint. Why wasn’t this mentioned in Brooks’s piece?

Speaking of animal virtue, recently a fellow animal enthusiast in my singing group handed me an article about a mother dog who adopted two liger cubs at a Chinese zoo after their mother “abandoned them for unknown reasons.”

Once again, readers were denied key information and the animals sold short. The reason the tiger abandoned her babies is that she is confined in a cage. Wild tigers have home ranges of ten to fifty square miles. They are free, they hunt for and catch their own prey, and they have many places to hide. Zoos cannot hope to provide for these fundamental needs, and as a result, incarcerated tigers cannot be expected to behave normally. A tiger confined to a zoo is a shadow of herself.

The article closes with another misleading statement: “Tigers are very rare and are sometimes bred in zoos by mistake.” Are we really to believe that the union of a lion and a tiger is a result of human error? Could an animal handler really fail to notice the striped orange coat of the fertile tiger when she was placed in the same enclosure with a male lion? I think not. Ulterior motive: zoos profit from displaying novelty cats like white tigers and ligers. Furthermore, in the wild, ligers aren’t rare; they are nonexistent. They are a result of human interference. Even in rare circumstances where a tiger (found only in Asia) crossed paths with a near-extinct Asiatic lion, they would not try to mate.

Here’s one last example of animals getting the short end of the media stick. In an otherwise fairly positive review of my new book The Exultant Ark: A Pictorial Tour of Animal Pleasure, science writer Stuart Blackman suggests in BBC Wildlife magazine that I am too credulous for “attributing chickens with an understanding of the motivations and intentions of other individuals, when it remains contentious whether even great apes have such an ability.” Here, both chickens and chimps get the stick. In my previous book Second Nature I marshal evidence from scientific studies that suggest chickens have a lot more going on upstairs than they are traditionally given credit for. Chickens use and recognize referential calls, they quickly learn the value of restraint, they make self-sacrifices, and they sometimes deliberately deceive others. As for chimps, the evidence for their having a theory of (another’s) mind is so strong that denying it is to use the solipsist crutch that one’s own mind is the only certain thing in the universe. We can always claim an absence of proof in such private matters as another species’ conscious experiences, but the onus of proof is now squarely on those who would deny animals these capacities.

Fortunately, modern social media has the power to set the record straight. People are getting more informed about animals, and scientists are now revealing aspects of animals’ inner lives that would have been deemed fantasy a generation ago. In future postings here I’ll be referring to some of the more delectable of these discoveries.