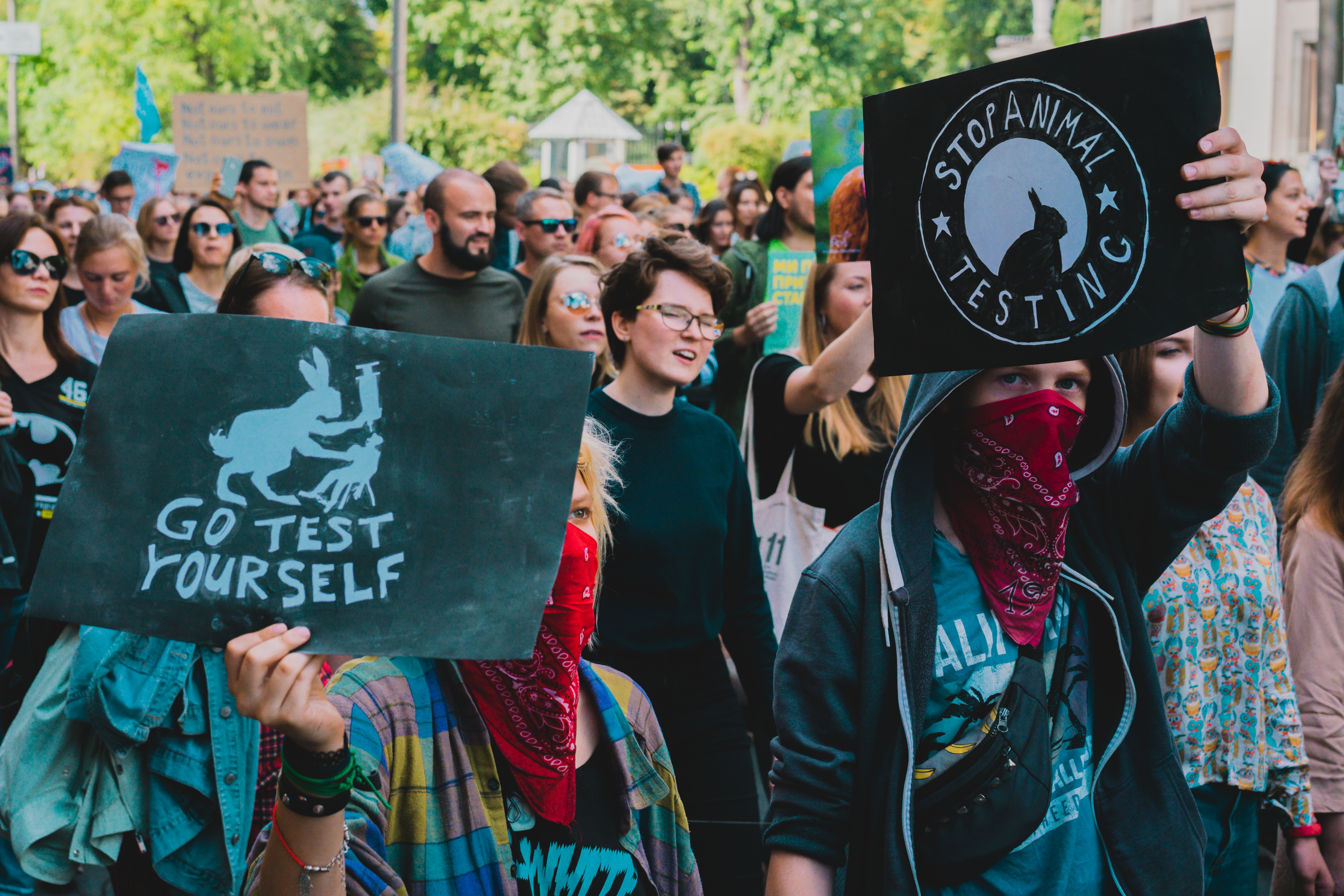 In 1999, animal rights campaign Stop Huntingdon Animal Cruelty (SHAC) was founded. As their name implies, their mission was to end the animal cruelty involved in the Huntingdon Life Sciences (HLS) testing centre in Cambridgeshire. The SHAC campaign was known for taking extreme measures to get their message across. Many of the things they were accused are not actions we condone or promote — activism does not have to become violent. However, the journey of those activists over the past twenty years has been an interesting one, intertwined with terrorism, prison, charges, and much more. A new documentary is shedding light on the entire ordeal.

Executive produced by vegan actor and environmentalist Joaquin Phoenix, “The Animal People,” which premiered at the Austin Film Festival follows six animal rights activists charged with domestic terrorism. The FBI stepped in after the SHAC protestors raided the HLS lab in 1999 and there was “middle-of-the night vandalism,” as the documentary’s blurb describes it.

Leading up to the trial of the six activists, the United States rewrote laws under corporate pressure. The film explores how this affects free speech. If laws were changed in order to prosecute the activists in a way that favors corporate companies, were the activists’ right to free speech affected?

In the interview above, one of the activists explains that they were blamed for the extremism of others and that they were not necessarily directly involved with the illegal forms of protest.

Not only does the film tackle free speech when it comes to activism, but it goes into detail about the kind of FBI surveillance that the SHAC activists were put under and how it set a precedent for how future activists would be treated. Specifically, the film draws comparisons between the FBI surveillance and investigations of SHAC, Occupy Wall Street, and Black Lives Matter. In this way, the film tackles the intersection of activism on many fronts — how activists protesting economic disparity, systematic racism, and animal cruelty are treated by the government and law enforcement agencies.

As described on Finngate Pictures’ website (the production company), “The Animal People is a chilling portrait of what happens when activism rattles the institutions of power.”