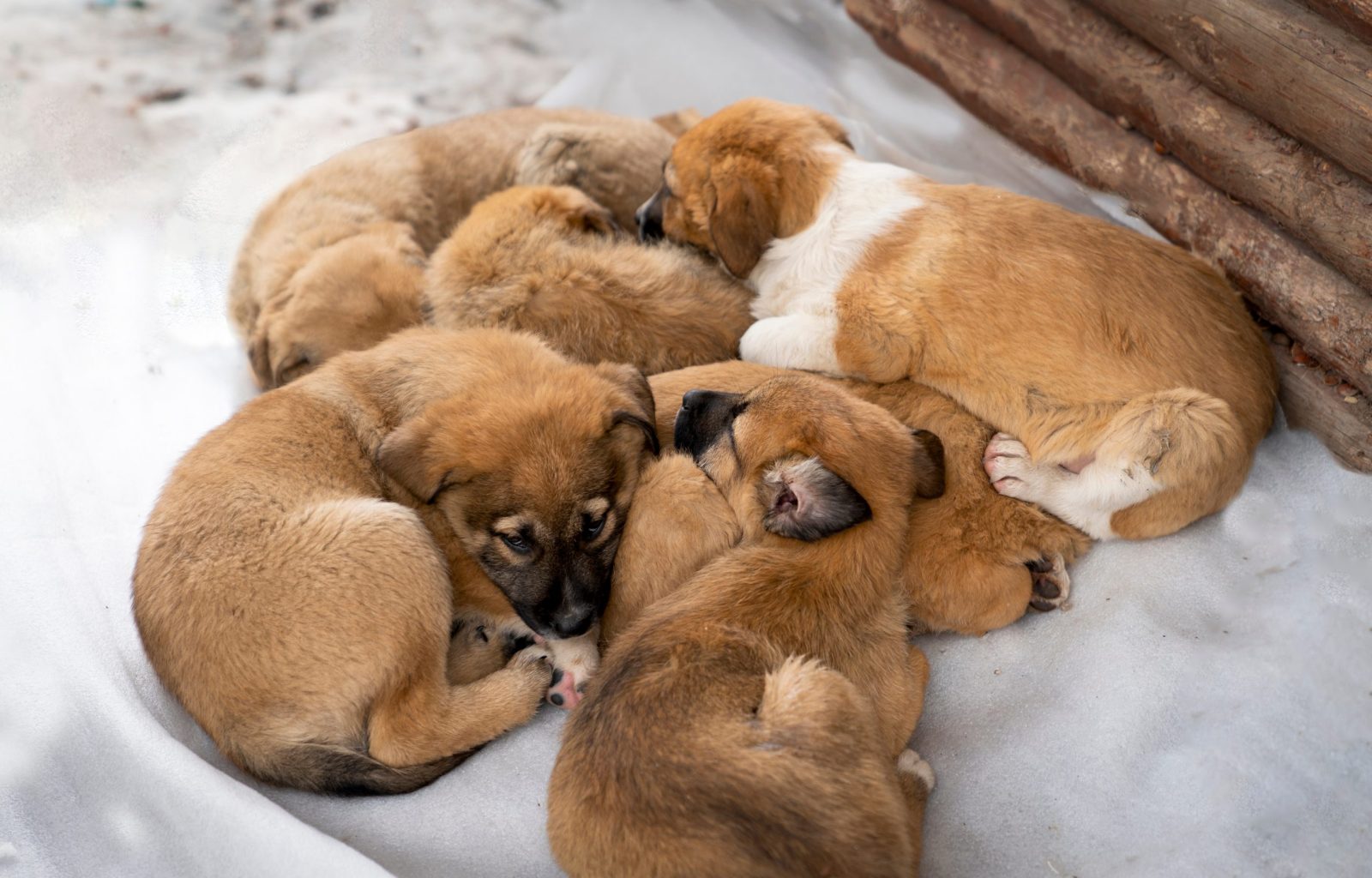 Nearly 300 dogs, including 262 puppies, were just rescued by police when a ‘truck from hell’ was taking them to a slaughterhouse for the dog meat industry.

The poor, dehydrated, and starving puppies were going to be sold to traders in China’s dog meat market. Dog meat is prevalent in some Asian countries, and these poor dogs are farmed in cruel conditions. Family pets are often even stolen from their homes to be brought into the trade. Activists and animal lovers have been campaigning against this practice for years, but in reality, it is still happening in shocking numbers.

Activists in Anhui, a province in eastern China, saw the truck and alerted the police. Activists surrounded the truck on the highway, where it was pulled over. The police found no official papers and confiscated the dogs, which they took to animal shelters for urgent treatment.

The truck had already traveled 1,000 miles before the police stopped it, and the animals were in grave condition. Pictures show dogs suffering skin conditions, hair loss, starvation, dehydration, and heart disease. The truck planned to travel 10,000 miles in the packed truck, and 12 puppies had already died. Since the rescue, 18 more dogs have died from contagious diseases, parvovirus, and distemper.

The lead volunteer, Teng, found a puppy named Apple, who suffered from a bad skin condition, and didn’t have hair on his tiny forehead. Apple was rushed to emergency treatment, but unfortunately, Apple passed away.

Teng said, “I knew it was going to be bad because there were so many dogs crammed inside, but I hadn’t expected there to be so many tiny puppies. I noticed little Apple right away because he had lost so much fur, and my heart just melted.

“I wanted to do everything I could to make it up to him so that he could forget his horrible ordeal, but his suffering had just been too much. I’m so sad for all the ones like Apple who didn’t make it.”

The Humane Society International’s Chinese partner Vshine led the rescue and will rehome the remaining dogs at their shelter.

The dog meat industry is appalling, and the poor dogs are bred to make a profit and live their short lives in horrible conditions. Many of the sick puppies would’ve died if they traveled the other 9,000 miles, and it’s likely their meat still would have been sold. Some Chinese cities have banned dog and cat meat consumption, but it is still largely legal in many parts of the country. Sign this petition to ban dog meat abuse in China!