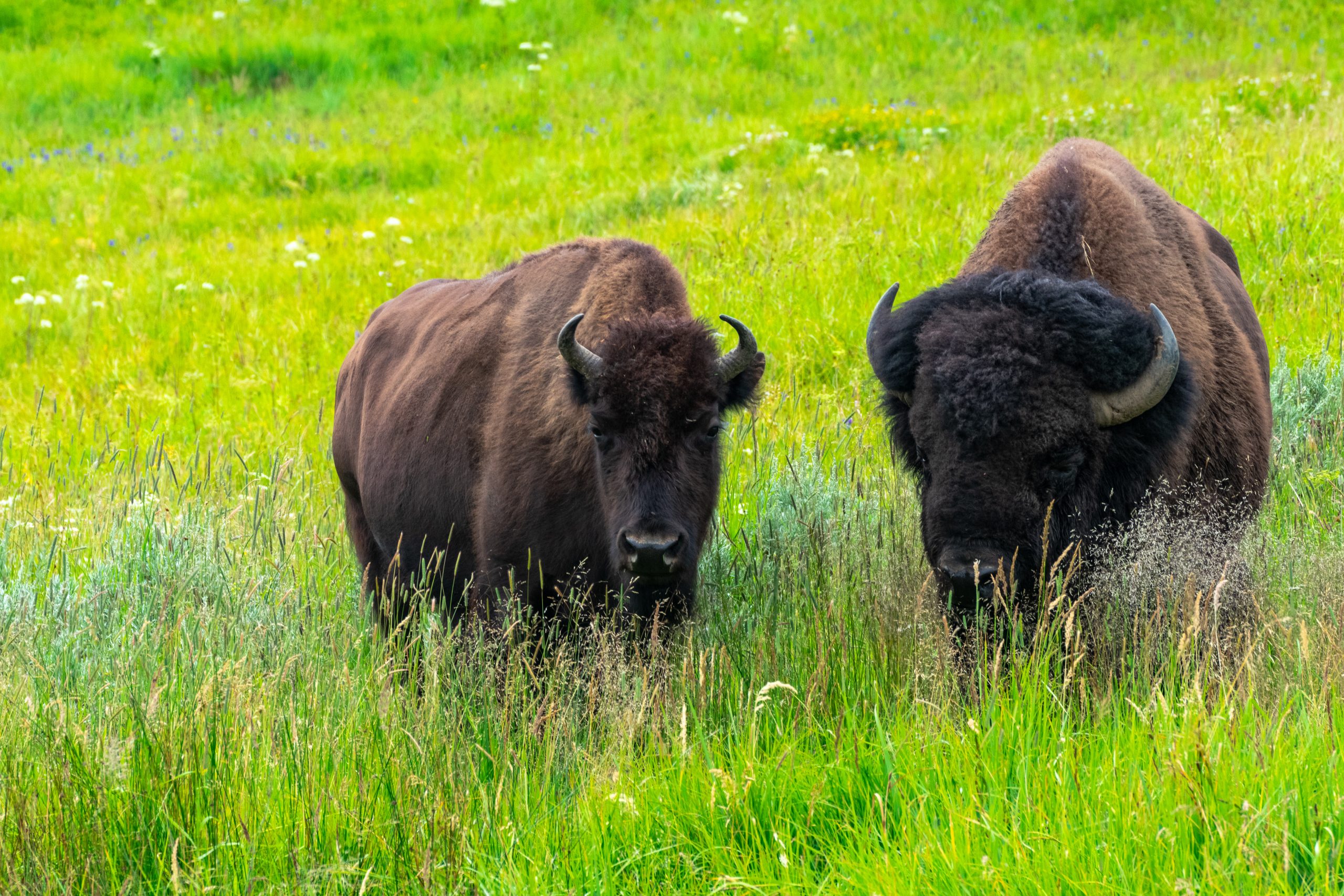 Though she ascended to the Presidential cabinet with the distinction as the nation’s first Interior Secretary of Native American descent and with a track record as an animal protection advocate, Deb Haaland may be at the helm when the policy of forbidding sport hunting at America’s national parks is unraveling. And she may do it with a bang — allowing trophy hunting of America’s largest mammal to occur within one of the crown jewels of the system, Grand Canyon National Park.

The American buffalo (bison) in the gunsights of 21st-century hunters are descendants of the animals nearly wiped out in the 19th century by commercial hunters and our own U.S. Army, partly to gut the culture and survival strategies of Native American tribes living as hunters and gatherers in the American West. And even more paradoxically, America’s first national park, Yellowstone, was the lifeline for the battered and besieged bison, acting as the last outpost and refuge for animals who barely survived a multi-decade onslaught that winnowed a population of 50-million strong to a mere 500 survivors.

For more than a century, as a matter of law, the United States has walled off our national parks to sport hunting for bison, bears, and all other creatures who inhabit their forests and fields. Bring the binoculars, walking sticks, and cameras, but put aside any thought of firearms and bows. From Acadia to Everglades to Yosemite, the parks are one place animals need not fear that people would come with an intent to kill.

That’s why it’s so jarring for me to learn that the National Park Service (NPS) this week conducted a lottery to dole out permits to a small group of trophy hunters to kill bison who graze in the Grand Canyon’s North Rim. It’s a “test” hunt, and if it goes according to plan, the NPS may set loose more hunters in the succeeding years. Despite the NPS allowing trophy hunters to shoot just a dozen bison this fall, the NPS announced that 45,000 hunters had applied for the killing opportunity.

“I just thought it would be a cool experience,” James Vasko, a 27-year-old who works in real estate and farms in Omaha, Neb., told the Associated Press. “I’m an avid fisher, hunter. Going to Grand Canyon to hunt bison would be absolutely awesome.”

The NPS calls the plan a “cull,” but the false framing hasn’t fooled anyone, least of all the tens of thousands of applicants from around the nation seeking a killing opportunity that no other private citizens have experienced since the establishment of the park in 1919.

It’s hard to understand how people could be so enthusiastic about doing something so devoid of drama or skill. These bison have people snapping pictures at them day after day. The Park Service feels the need to post signs warning visitors not to stroll up to the bison, who lumber around calmly in the presence of people. Shooting animals so habituated to a non-threatening human presence is not a hunt, but a betrayal of trust and an open-air execution.  Shooting a bison in a national park is about as difficult as shooting a parked car.

In a letter I sent to Secretary Haaland late last week, I asked her to “terminate a thinly disguised public trophy hunting program within Grand Canyon National Park.”

The U.S. Congress and the federal courts have long forbidden trophy hunting of animals in national parks (with the exception of Grand Teton National Park, where Congress authorized elk hunting when it established the unit). The hunting lobby has tried for decades to unwind this policy. This issue has been tested in the courts, especially in the seminal 1986 case NRA v. Potter, where the NRA and other hunting organizations argued that the United States should allow hunting and trapping on parks where Congress did not specifically forbid the practice. The federal courts took the opposite position – that “taking’ of wildlife is only permitted in cases where Congress has specifically authorized it.

In Grand Canyon, there has not been hunting of elk, deer, and other native wild animals for more than a century.  Even when Grand Canyon authorities wanted to remove burros, which it argued were exotic animals, they allowed animal welfare groups to capture and remove them for safekeeping elsewhere.

Bison species have, since the Pleistocene, ranged from Yukon and Alaska to the Valley of Mexico. Even the NPS determined that bison are a native species to northern Arizona in a 2016 report. In one more example of present NPS officials not honoring their history, it’s the bison who is prominently featured on the logo of the agency.

Though it’s hardly necessary, reducing the small population of 400 – 600 bison can be achieved by non-lethal means, including with fertility control. The NPS has long used Porcine Zona Pellucida (PZP), an immunocontraceptive vaccine, for management of free-roaming equids and deer. In fact, that strategy has proven effective for an island population of bison on Catalina Island in California.

The hunt is hardly a matter of last resort. Rather, it’s an act of political capitulation. Former Senators John McCain and Jeff Flake, and sitting Congressman Paul Gosar, have repeatedly introduced bills to allow the hunting of bison – as a sop to the NRA. Even though the lawmakers’ bills went nowhere, the NPS has decided to honor the request for reasons that are thoroughly inexplicable and that will only guarantee that Superintendents of other parks feel the heat from the same band of organized hunting interests.

Beyond the moral questions raised by this plan to spill the blood of Grand Canyon bison as a head-hunting excursion for Americans from Maine to Alaska, there’s a far larger principle at stake. Will we see the erosion, species by species and park by park, of the longstanding U.S. policy of forbidding the killing of wildlife in our national parks for sport?

The federal government already allows hunters to have their way on national forests and the Bureau of Land Management lands. The Haaland Administration just last week announced the biggest single expansion of sport hunting on our national wildlife refuges. Is there any place where wild animals will not fear human beings and not be at risk of being pursued, trapped, or shot for sport?