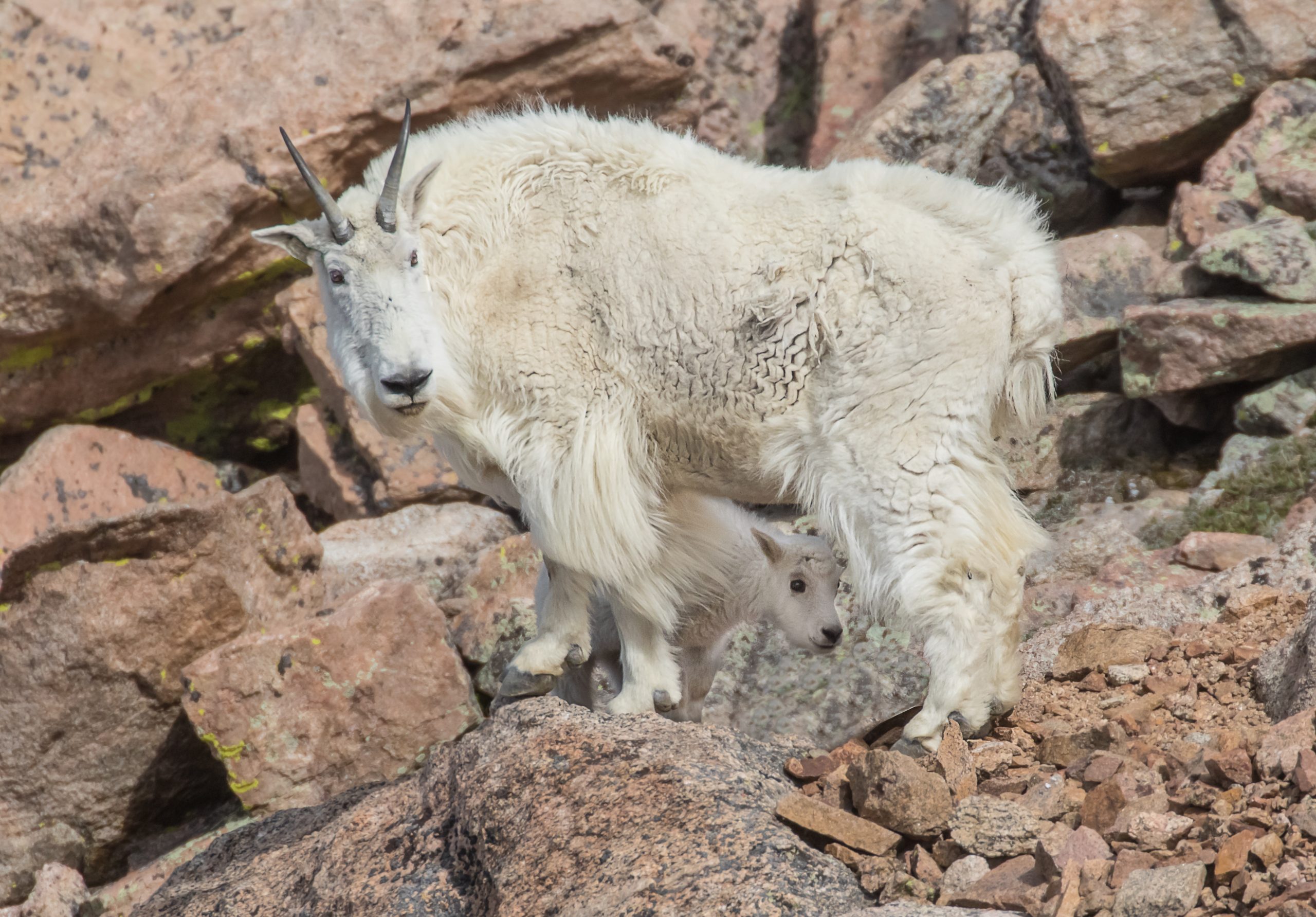 A mountain goat has been found with a series of injuries from a crossbow bolt, according to Idaho Fish and Game officers. Officials said the animal was wounded by a poacher and had three crossbow related wounds.

Conservation officers euthanized the goat after they noted he was “obviously suffering.”  The officers found the female goat (nanny) close to Hells Canyon Dam in Idaho. “After watching the nanny for more than an hour, the officers determined that the animal was suffering and needed to be euthanized,” Fish and Game Officers said.

Officers are looking for the person that did this to the nanny. “It’s difficult to look at the photos of this mountain goat, think about the needless suffering the animal endured, and not be angry. Shooting this mountain goat with a series of crossbow target bolts is one of the most egregious, cruel acts against Idaho’s wildlife that I’ve witnessed in my career,” Jon Rachael, Fish and Game regional supervisor, said.

Citizens Against Poaching (CAP) is offering a reward for information in the case and callers can remain anonymous. Contact CAP at 1-800-632-5999 twenty-four hours a day.

38 mountain goats were massacred at Grand Teton National Park through a government program run by the National Park Service. They were murdered with the use of aerial snipers and military-style executions. Supposedly, they’re trying to protect the bighorn sheep so that the two animals don’t compete over the same food, but really it’s suspected it’s for trophy hunters who want to be able to kill bighorn sheep and take home their big horns, not the little horns of mountain goats.

Sign this petition to demand that the National Park Service publicly commit to never undertaking this kind of vicious execution of mountain goats again!

Sign these other relevant petitions to stand up against the culling of other animals as well: