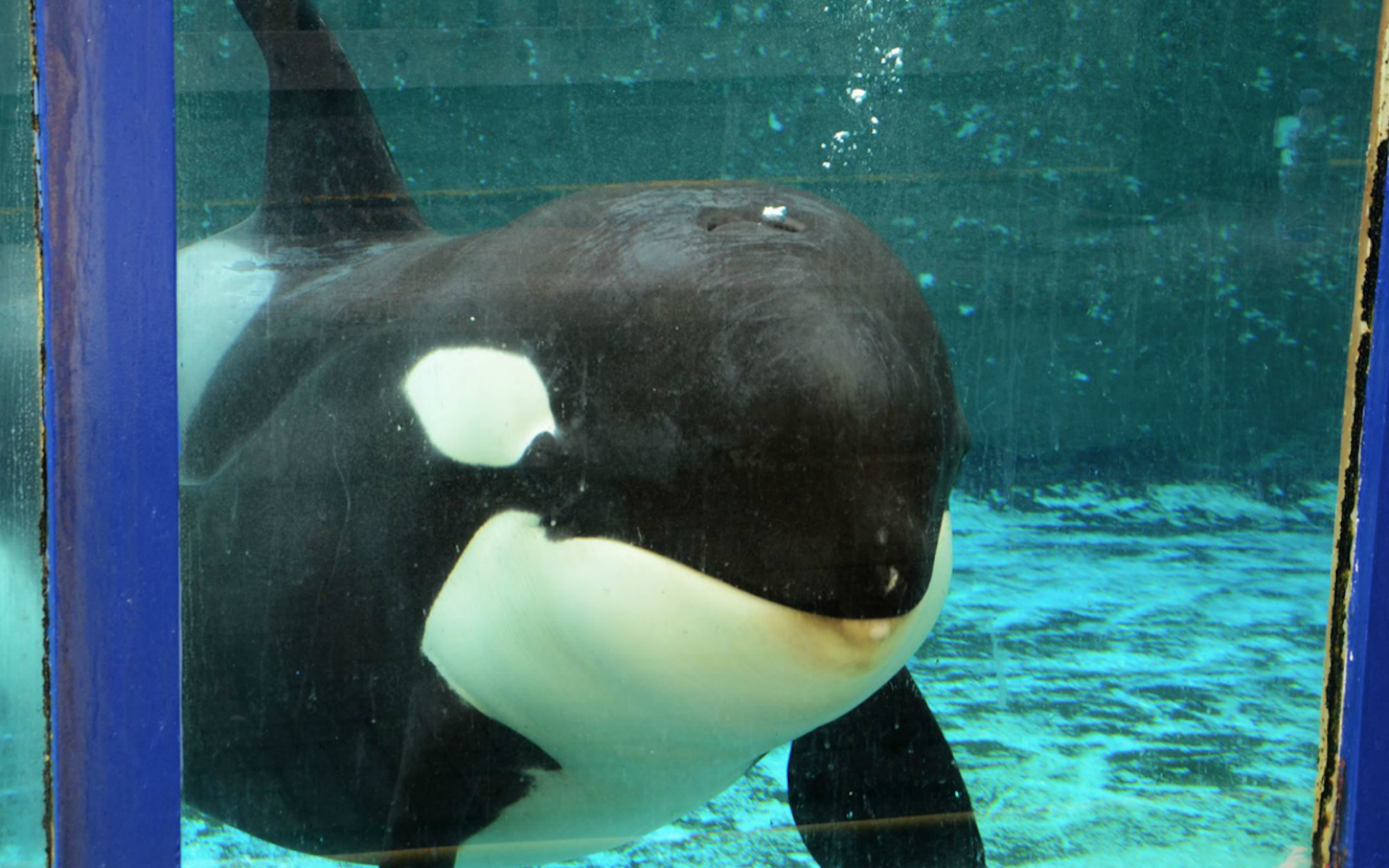 In June of 2010, Morgan, a female orca was found emaciated, swimming alone off the Dutch coast. She was taken to the Dolfinarium Harderwijk theme park in the Netherlands, under the guise of a “rescue, rehabilitation and release” permit. It doesn’t come as much of a surprise that the theme park didn’t fulfill their promise to rehabilitate and release Morgan but instead kept her captive. Heartbreakingly, Morgan was kept in a cramped tank for 18 months, where she was unable to exhibit any of her natural behaviors. 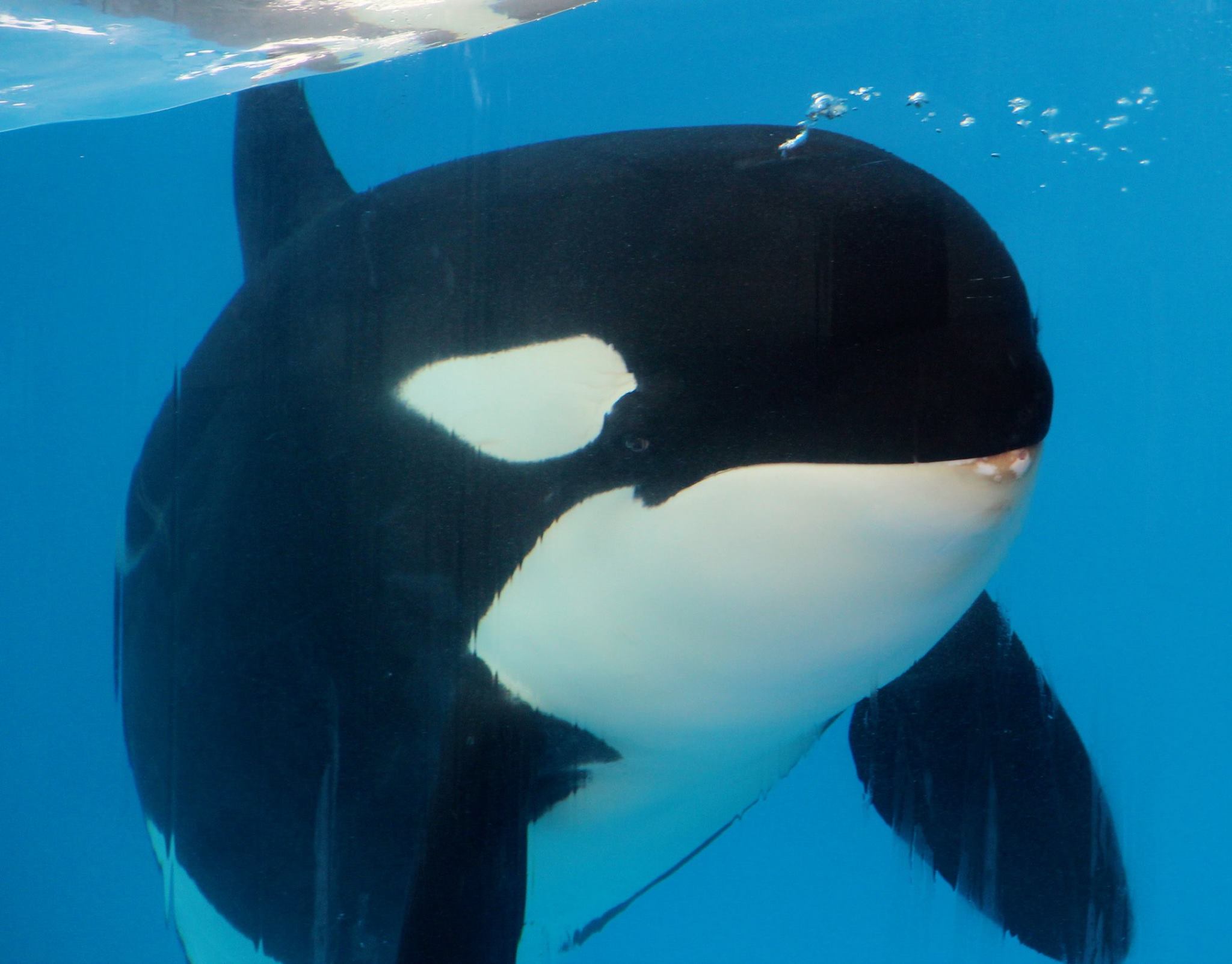 A group of Dutch non-Governmental organizations came together in 2010 to form the Orca Coalition, hoping Morgan to return back to her native Norwegian waters. The Orca Coalition took the Dutch government (who originally issued the permit) to court, but the end verdict was to send Morgan to Loro Parque, a tourist attraction in the Canary Islands off the coast of Spain, where she has been ever since.

Morgan’s original contract states that she was to be used for research purposes only, but Loro Parque saw dollar signs, forcing Morgan to perform tricks for unsuspecting tourists.

Today, Morgan is about eleven years old Loro Parque recently announced she is pregnant. The marine park claimed she should be allowed the breed, despite a breach of her contract. 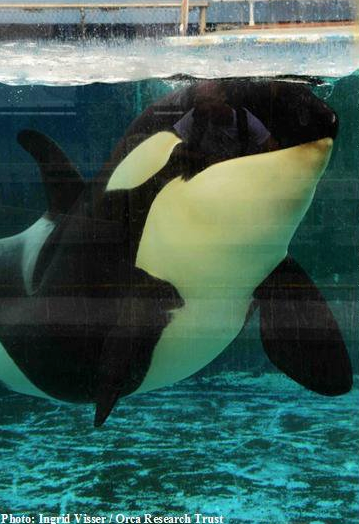 Marine mammal experts have long said Morgan is not old enough for breeding and because she is one of the five orcas on loan from SeaWorld USA, (and technically the property of SeaWorld USA), she should be included in SeaWorld’s decision to ban their orcas from breeding. Despite all of this, Loro Parque has continually tried to impregnate Morgan, seeing the potential profits of a newborn calf to prop up their dying marine park. Clearly, this wasn’t an accident as Loro Parque could have simply separated Morgan from the other males at the park.

“For us, this news doesn’t come as a surprise. Loro Parque has been busy for years trying to get Morgan pregnant,” said Free Morgan Foundation’s vice chair Hester Bartels in a statement.”They have done this despite the ban on breeding and her young age when a pregnancy can be dangerous to both mother and calf.”

What Morgan’s Pregnancy Means to her Health

In early 2017, Morgan was observed repeatedly smashing her head against her tiny tank. “Headbanging” is frequently observed in captive orcas and has been identified as a stereotypic (abnormal repetitive) behavior born out of frustration and stress. In the case of Hugo, a captive whale at Miami Seaquarium, it proved fatal. When these stereotypic behaviors cause self-inflicted physical harm, it is known as self-mutilation. What’s more, the other orcas at Loro Parque have not accepted Morgan into their pod and regularly attack and bite her, leaving her covered in wounds. 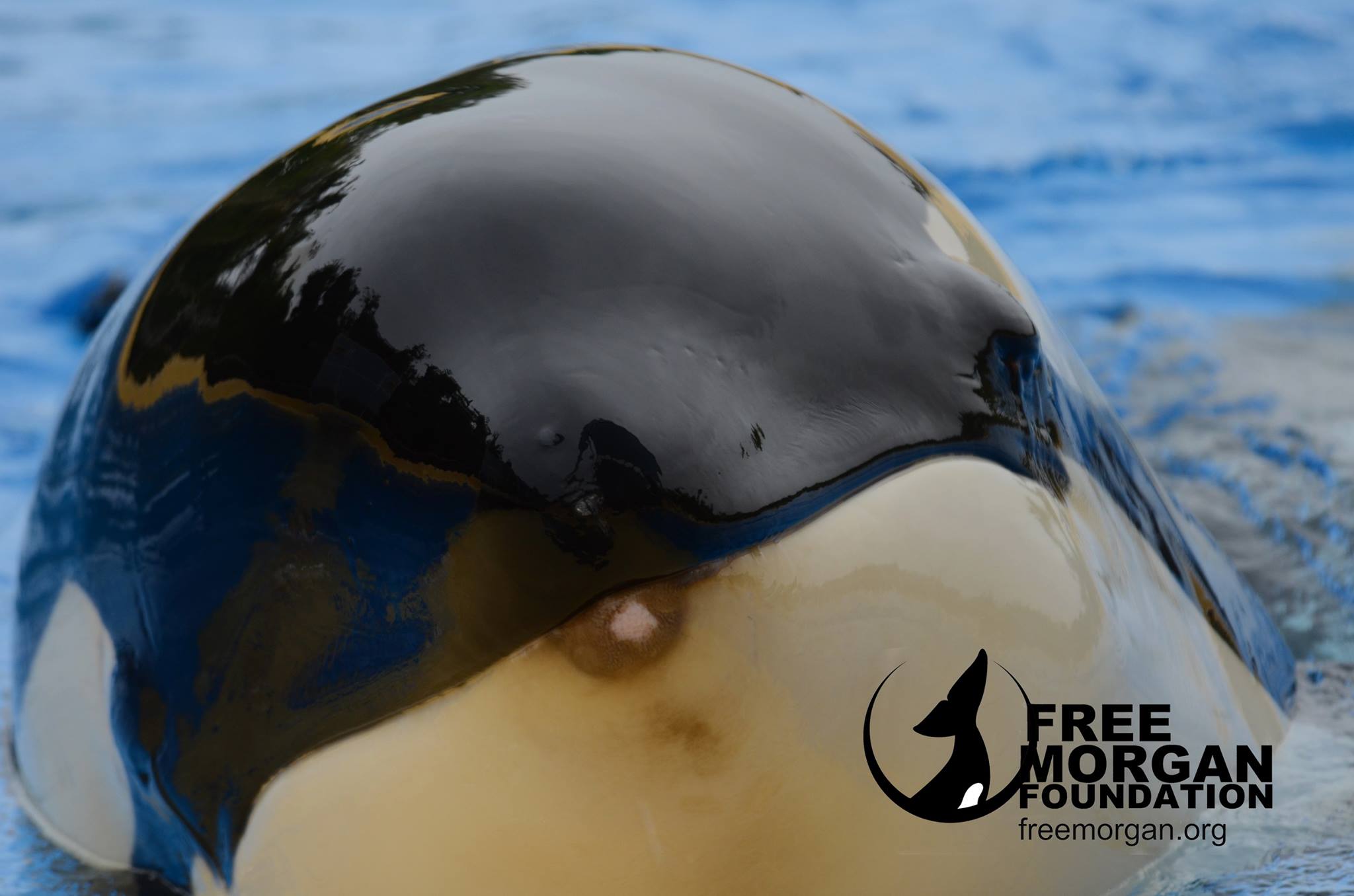 And for Morgan’s baby… the calf will be a hybrid calf (her parents are from two different orca subspecies) and will never have any hope of being released into the wild. This new bloodline will only increase profits for Loro Parque.

The baby will stay with Morgan for a period of time but sadly, it’s common for captive mothers to abandon or disown their offspring due to depression – or the fact that they never got the chance to learn how to be mothers themselves. This will more than likely be the case with Morgan considering her mental distress has been on display on multiple occasions.

It is also likely that Morgan’s baby will be separated from her after a short-period of time. Although SeaWorld claims they do not separate mother and babies, this has been documented numerous times. This is particularly heartbreaking when you take into account how highly social orcas are. In the wild, they live in tight matrilineal pods, typically composed of their grandmothers, mothers, sisters, brothers, aunts, uncles, and cousins. Even when they reach sexual maturity, both male and female orcas typically choose to remain with their immediate family group for the rest of their lives. Morgan’s baby will be removed from her mother and forced into a concrete tank for the rest of her life without proper socialization.

In the wild, orcas can travel up to 100 miles in a single day. In the ocean, these powerful creatures can dive up to 200 feet and spend most of their time deep under the water’s surface. But Morgan’s baby will never be able to experience swimming in the ocean. In fact, an adult orca would have to circle the perimeter of their tanks 1,900 times a day to swim the same distance they would in the wild.

When wild orcas have displayed the capacity to form such deep, lifelong bonds with their family members – just like we humans – how can Loro Parque claim that the orcas they keep captive are not harmed in any way?

What’s Being Done and How You Can Help

Heartbreakingly, Morgan has spent more of her life in captivity rather than in the wild. The Free Morgan Foundation has been on the forefront since day one, urging Morgan’s release. Experts have already matched vocalizations with a group of orcas in Norway, believed to be Morgan’s pod. Even if Morgan isn’t accepted into the pod, she can still be released successfully. According to The Free Morgan Foundation, orca pods have been known to accept and care for young orcas who aren’t family members.

To help aid in Morgan’s release, you can start by writing letters to the Dutch government, and donating to The Free Morgan Foundation’s case. For more ways to get involved, click here. And please, never support captive marine parks and urge your friends and family to do the same as well.

While Morgan’s story has not yet reached a happy ending, the tide has been turning against the orca captivity business for quite some time now. It is vital that this momentum is maintained until all the tanks have been emptied. To learn more about the truth behind orca captivity – and why you should never buy a ticket to a facility that presents these animals as a form of entertainment – read the articles below.