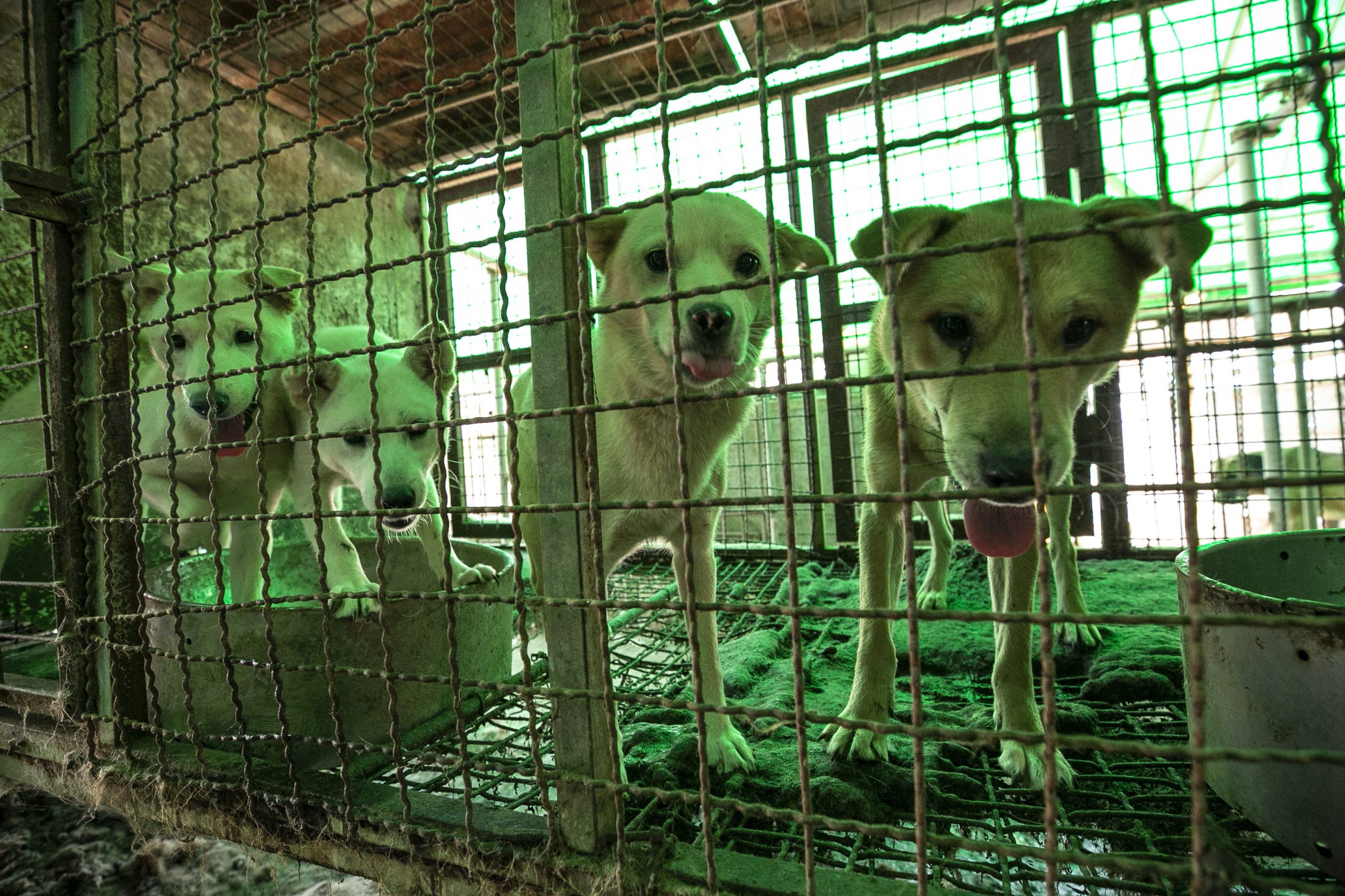 Good news!! Humane Society International (HSI) announced that they have closed their 17th dog meat farm in South Korea. The animal rights group has been focused on removing dogs from farms and has long advocated for the end of the dog meat industry in the country.

Recently, more South Koreans support a ban on the industry, too. The farm they closed had about 200 dogs that were rescued and sent to shelters for adoption. The farmer that operated the farm received financial and career assistance from HSI.

Kim Il-hwan, who owned the farm, said that the dog meat industry was shrinking and business had been hard for him. “There is no future in dog meat at all, it’s already dying and will fall apart completely,” he said of the industry, in the Independent. “And dog farming is physically hard and I’m getting old, so I want to get out. 40 years ago it was different, but now it’s over for dog farming.”

Nara Kim, HSI’s dog meat campaigner in South Korea, said, “More people in South Korea are interested in animal welfare and the environment, and so when they see footage of our dog farm closures on the news showing the animals suffering and filthy conditions, or read about dog meat exposés by other Korean groups, they are really shocked and upset.”