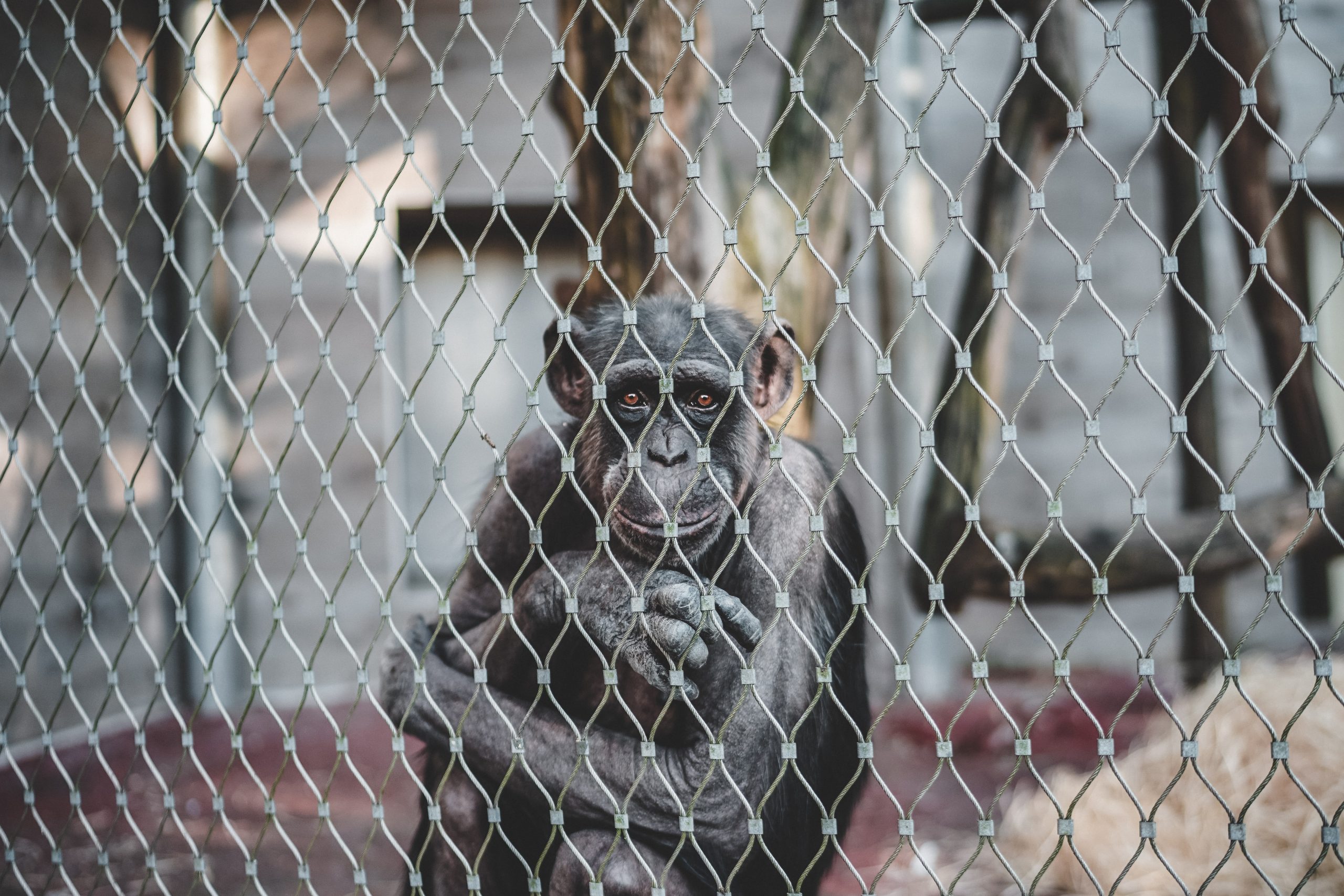 At any given time, there are activists from hundreds of organizations working to change the world and make it a better place. Through all the behind-the-scenes lobbying, campaigning, and fighting for what’s right, some big wins make it all worth it.

2019 was a monumental year for animals, resulting in vast improvements in terms of protecting animals and wildlife around the world. From stricter punishments for animal cruelty to laws against keeping animals captive for human entertainment, the world made some strides in the right direction this year.

We like good news, so let’s reminisce about some of the most significant animal victories in 2019.

President Trump signed a monumental law that makes animal cruelty a federal crime in the U.S., punishable by a fine and up to seven years’ imprisonment. The Preventing Animal Cruelty and Torture Act (PACT) outlaws the intentional crushing, burning, drowning, suffocating, impalement, or other harm to animals, including mammals, birds, reptiles, and amphibians. While all states already had provisions against animal cruelty, it proved challenging to prosecute incidents that spanned different jurisdictions or transcended state boundaries, like in airports or online content.

New York City passed a law banning the sale of “force-fed poultry products” in restaurants and grocery stores across the five boroughs starting in 2022. More specifically, this law targets foie gras, which directly translates to “fatty liver” in French and refers to the fattened liver of a duck or goose. The methods used to produce foie gras are cruel, involving sticking tubes down the throats of ducks and geese to force their livers to grow up to 10 times the normal size. The new law will impact around 1,000 New York City restaurants that have foie gras on their menus, imposing fines of up to $2,000 for violations.

California signed The Circus Cruelty Prevention Act, effectively banning anyone from using exotic animals, including elephants, monkeys, lions, bears, and tigers, in circuses state-wide. California is the third state in the U.S. to ban wild animal circuses, after Hawaii and New Jersey.

Circuses have drastically declined in popularity over the last decade as activists have educated the public about the animal cruelty that takes place when the curtains close. Animals in circuses are exposed to terrible treatment, appalling living conditions, and inhumane training methods. In order to train a wild animal to perform unnatural tricks – like bears prancing on tightropes, elephants balancing on tiny chairs, or tigers jumping through flaming hoops – the animal must be “broken.” This often includes being whipped, deprived of food, or otherwise disciplined.

California made history by becoming the first state to ban the sale of animal fur products, making it illegal to sell or manufacture clothing, shoes, or handbags with fur or animal skin.

The law will go into effect in 2023 and will challenge the multi-billion-dollar fur industry that has built an empire on making products from mink, chinchillas, and rabbits. Animal rights groups have exposed fur manufacturers for inhumane treatment of the animals, like gassing, electrocution, and other cruel methods to get the fur. Global fashion houses Versace, Gucci, Giorgio Armani, and numerous others have already stopped or said they plan to stop using fur.

Good things come to those who wait, but also to those who show determination. The “Free Willy” bill finally passed four years after it was initially introduced into the Canadian Senate. The law outlaws the captivity, breeding, trade, possession, and capture of cetaceans. Holding a whale, dolphin, or porpoise captive in Canada is now punishable by fines up to $150,000.

Canada showed immense progress in animal welfare this year, setting an example that other countries will hopefully follow. Shortly after passing the Free Willy bill, Canada became the first G20 nation to ban the import and export of shark fins.

Roughly 100 million sharks are killed by humans every year, and as a result, some shark populations  have declined by more than 90 percent in recent decades. This is largely due to the demand for shark fin soup in Asia. While shark finning has been illegal in Canadian waters since 1994, the country was still the biggest importer of shark fins outside Asia, importing over 300,000 pounds of shark fins annually.

Yahoo Japan, the country’s biggest e-commerce platform, announced that it would ban the sale of ivory, marking a significant victory in the fight against elephant poaching. After China banned the ivory trade in 2017, Japan became the biggest legal market for the product, with Yahoo Japan selling more than $340,000 worth of ivory in four weeks. Yahoo Japan’s stance in banning ivory puts a renewed pressure on the Japanese government to shut down its ivory market.

One of the most buzzed-about stories in the animal welfare space was around the “Whale Jail” in Russia, where 100 illegally captured whales were kept captive in tiny, icy pens while they waited to be sold to aquariums and marine parks. Over a year after activists began working to free the animals, the mission finally became a reality this year. Through the hard work and dedication of several organizations, like The Whale Sanctuary Project, in collaboration with the Russian government, all whales were returned to the ocean where they belong. The infamous sea pens that housed them are now permanently closed.

Established in 1975, CITES (The Convention on International Trade in Endangered Species of Wild Fauna and Flora ) aims to ensure that international trade does not threaten the future survival of wild animals and plants. The 183 participating nations meet every three years to define the level of protection afforded to each species, which ultimately determines if and how trade can take place.

The 18th Conference of the Parties took place this year and resulted in significant progress to protect animals around the world. For the first time, giraffes were afforded protection from unregulated trade after their numbers plummeted by 40 percent over the last 30 years. There was also a massive victory for marine animals, with a record 18 species of endangered sharks and rays, including mako sharks and guitarfish, granted protection.

Delaware earned the title of the first and only no-kill animal shelter state in the United States, after achieving a 90 percent save rate for all cats and dogs who entered its shelters. Last year, over 700,000 dogs and cats were killed in animal shelters. Best Friends Animal Society is looking to change that by challenging all states to become no-kill by 2025. Delaware is the first to reach this status, with several other states working toward the goal.

While it’s important to recognize and celebrate victories, it’s also essential to continue looking ahead. There is always work we can do and improvements we can make. Here are three more laws and upcoming animal victories we need to keep track of and support in the next year:

The Endangered Species Act (ESA) passed in 1973 and since then, has been one of our nation’s most important laws, successfully preventing the extinction of 99 percent of the species it protects. However, the Trump administration has severely weakened this landmark law. The PAW and FIN Act — “Protect America’s Wildlife and Fish in Need of Conservation Act of 2019” — looks to reverse these regulations and restore the ESA, continuing to protect vulnerable animals like Southern sea otters, Florida manatees, and grizzly bears. Sign this petition to tell Congress to protect threatened wildlife by supporting the bill.

The House of Representatives passed the Shark Fin Sales Elimination Act last month, but it still needs to pass through the Senate to become law. The bill aims to make it illegal to sell, buy, or possess shark fins or any product containing shark fins. Although shark finning is already banned in the U.S., fins can still be harvested from legally caught sharks or imported from countries without finning bans, making the law almost impossible to enforce. Sign this petition to tell your senator to pass a nationwide ban on the trade of shark fins before it’s too late.

Florida is currently the hub of the shark fin trade in the U.S., with Miami topping the list of the nation’s biggest importer of shark fins. Two bills now with the Florida state legislature look to ban the import, export, and sale of shark fins in the state. While this ultimately works toward the same goal as the Shark Fin Sales Elimination Act, the Florida bills focus on state-level regulation while the latter tackles federal. It’s important to push through both, as state-level enforcement tends to have a higher budget and therefore is more effective. Also, a repeal can be introduced at any time to challenge or alter the federal bill, so it’s vital to cover all bases. Follow Shark Allies’ action page to stay updated on how you can support the bill, from signing in support to attending hearings.