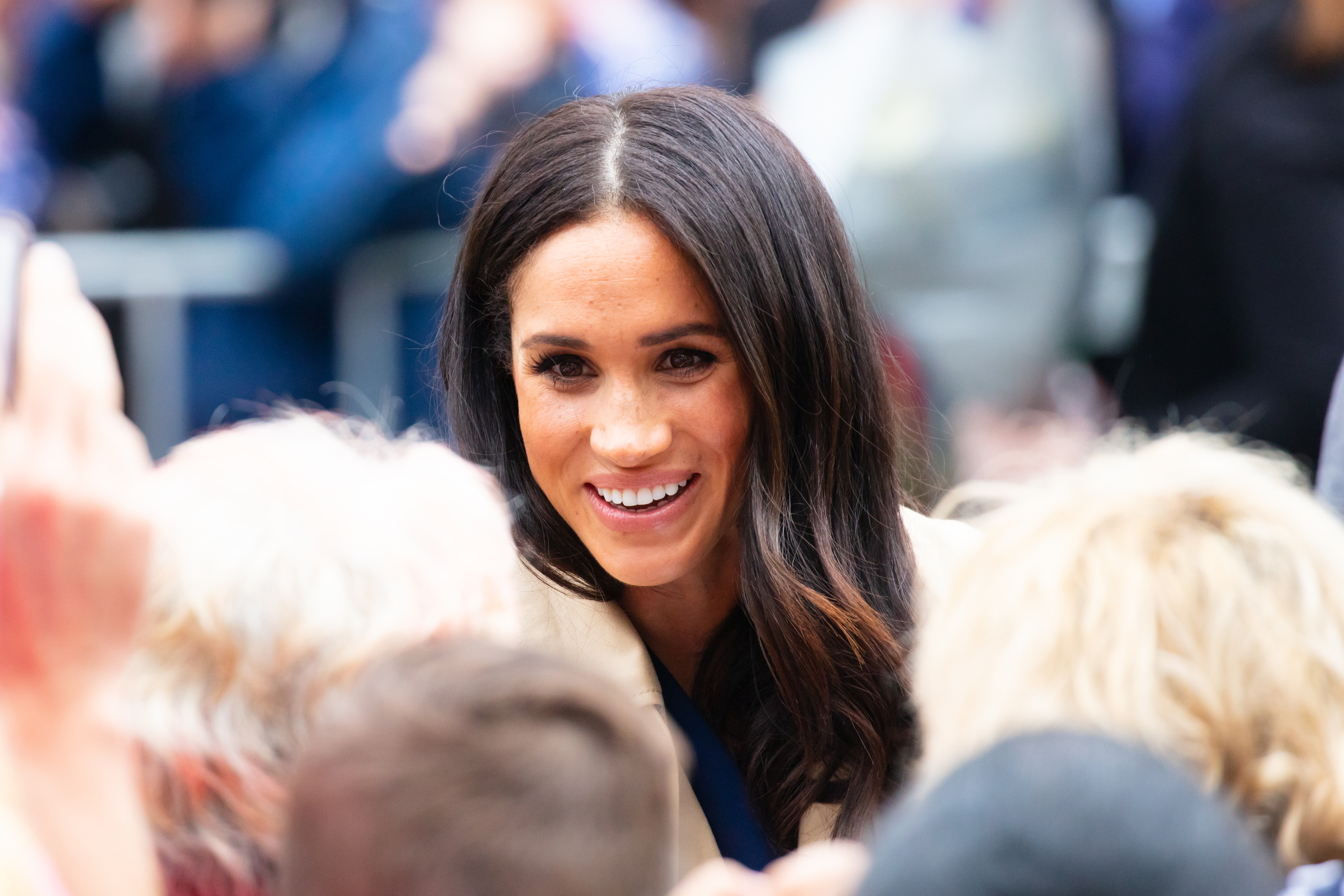 Over the years, Meghan Markle, Duchess of Sussex, has demonstrated her passion for animals and the environment. Not only has she rescued dogs, but she eats a vegan diet throughout much of the week. For their wedding, Prince Harry and Meghan Markle gave a list of charities they wanted people to donate to and on the list they included charities fighting against plastic pollution. The duchess and prince also participated in an Australian beach cleanup a year ago to raise awareness for plastic pollution. Markle has been continuing her advocacy for animals and the environment, most recently with her choice in jewelry!

On Friday, October 25th, Markle was photographed at a roundtable discussion on gender equality at Windsor Castle with the Queen’s Commonwealth Trust (QCT) and One Young World. On her hands, were two beautiful rings with a deep meaning. She can be seen wearing the Bow Knot Ring and the Manta Kiss Ring from jewelry brand, Vargas Goteo. The brand creates jewelry inspired by and supporting conservation of endangered species. Their website explains: “Each collection raises awareness and contributes directly to carefully selected ocean and wildlife organization campaigns. These include anti-shark finning, manta ray conservation, coral reef restoration, anti-ivory poaching and anti-rhino poaching organizations.”

As a member of the British royal family, one might think she was gifted the rings or offered the rings in exchange for awareness, but designer Alex Prijic Smith says the duchess sourced the rings herself and he was pleasantly surprised to see her supporting such great causes!

Surely, Markle wearing these rings will influence others to also purchase from the brand with a great cause, but even more importantly it will raise awareness on these important issues that animals are facing.

According to Manta Trust, who Vargas Goteo partnered with on their manta collection, manta rays are sadly victims of bycatch of the fishing industry and they are targeted for the use of their gill plates in Asian medicine. Coral reefs, which inspired another one of the jeweler’s collection are also in great danger. They are diverse ecosystems that are home to many marine species, but rising ocean temperatures along with litter and toxins are causing coral reefs to become bleached, killing them.

Some more of their collections include awareness for ivory and rhino poaching. Elephants and rhinos are highly threatened by poaching for their tusks and horns. You can sign this petition asking African countries to keep the ban on African elephant poaching for ivory.

Awareness for shark finning is another cause championed by the brand Markle was seen supporting. Shark fins are obtained by “slicing fins off live sharks and tossing the wounded animals overboard, where they sink to the bottom and, unable to swim and pass water over their gills, suffocate, die of blood loss, or get eaten by other predators,” as the National Geographic explains. You can also sign this petition asking Congress to pass the Shark Fin Sales Elimination Act because even if shark finning is illegal, the import and sale of it is allowed, fueling the cruel industry.

We hope Meghan Markle has inspired you and many others to learn more about the issues animals are facing and to take action.