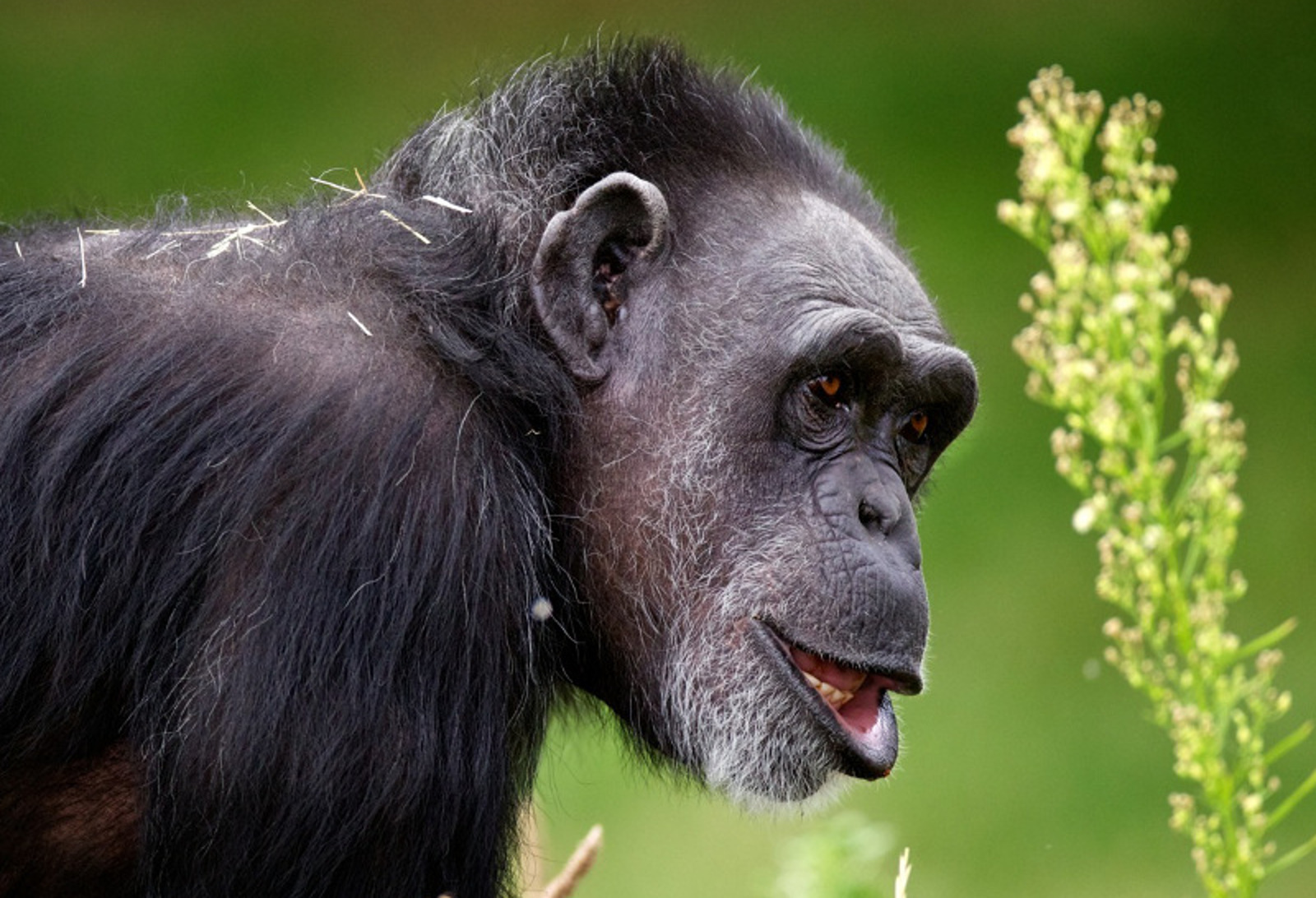 Not surprisingly, nonhuman primates have the same desire to nurture and raise their babies as human mothers. Unfortunately chimpanzees, orangutans, and monkeys living in captivity rarely have the opportunity to exhibit their natural behaviors and nurture, feed, and care for their children.

In the wild, primate mothers form close, loving bonds with their newborns. In captivity, these bonds are routinely broken. Female primates in biomedical research laboratories, the entertainment industry, and the pet trade are frequently used for breeding. Infants may be removed from their mother’s care within days or weeks to become accustomed to human handling.

Despite their captive backgrounds, these seven ladies have been fortunate to rediscover the joys of motherhood. Happy Mother’s Day to Oopsie, Geri, Jody, Patti and Monkers! 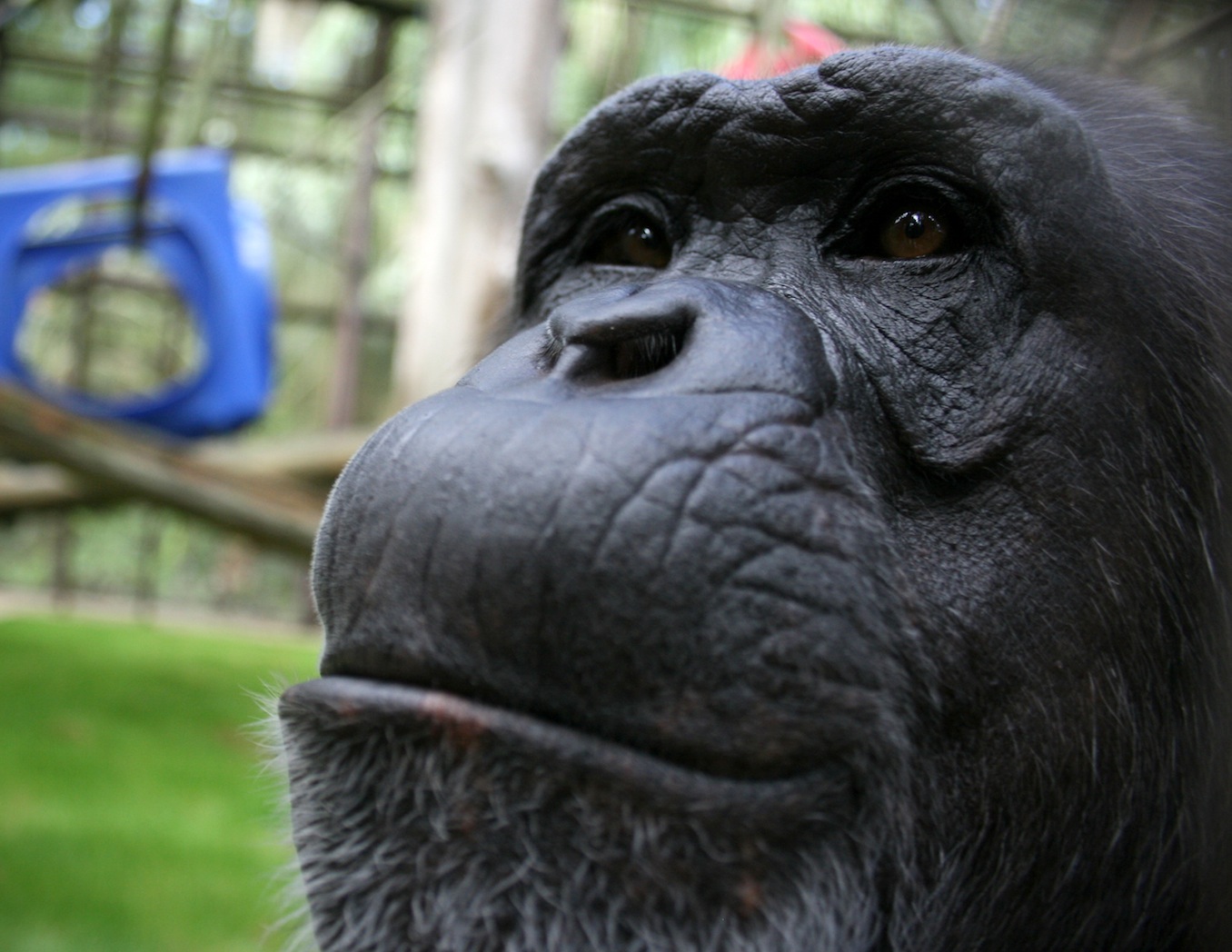 Oopsie is an esteemed matriarch at the Center for Great Apes in Wauchula, Fla., but her life began in the entertainment industry. She ended up in a training compound where she had at least six babies, all of whom were taken away within weeks to be trained as performers or sold as pets.

Oopsie arrived in 2005 and was soon happily reunited with her two oldest daughters, Boma and Jessie. Jessie arrived with her own six-week old baby, Stryker, and Oopsie was especially respectful and gentle with her grandson. Oopsie spends much of her days playing with her grandkids Stryker and Kodua, grooming, tickling, and nurturing them. Finally, she has youngsters to care for and raise. 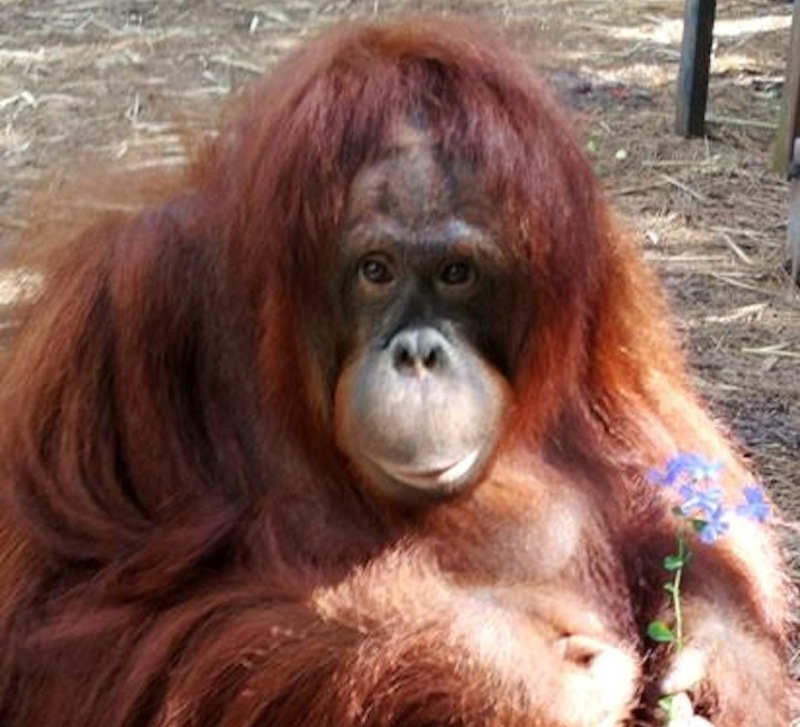 Geri is another refugee of the entertainment industry, who appeared in commercials and feature films until she grew too large to work, when she became a breeder. Geri arrived at the sanctuary at 15 years old with her friend and mate Sam. Their son Jam arrived four months later and the family was reunited.

Geri is something of a busybody, and likes to keep an eye on the rest of the orangutan residents at the sanctuary, climbing to the top of the enclosure to spy on the group. She also enjoys the latest fashions: when the orangutans receive clothes and fabric for enrichment, Geri models the gardening gloves and t-shirts and plays with the fabric. A natural nurturer, Geri builds giant and elaborate nests out of bamboo and palm fronds, and is a meticulous housekeeper. Every day, she collects dirty dishes and blankets and hands them to her staff of caregivers. 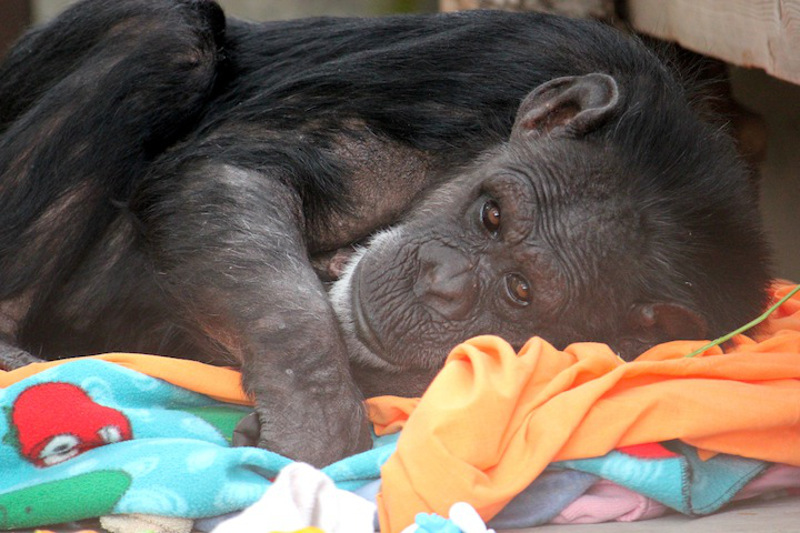 Chimp Sanctuary Northwest in Cle Elum, Wash. celebrates Jody’s birthday every Mother’s Day. Jody was used primarily for breeding in the laboratory, and had nine babies in captivity but was never allowed to properly care for them. In between pregnancies, she was used in hepatitis vaccine research. Jody’s records say that she was born in 1975, possibly in the wild, and that she may have spent a few years in a circus.

At six years old, she entered the biomedical research industry. At eight years old – far younger than the average age a chimpanzee in the wild would become a mother – Jody had a son, Opy, who was taken the day he was born. She never got to hold Opy, nurse him, carry him on her back, or teach him about the world. In six weeks she was bred again.

Despite this, Jody enthusiastically greets her sanctuary caregivers in the morning and likes to be gently groomed by them. She is very respected within her social group, and occasionally vies for the top position with alpha male Jamie. She enjoys nesting with blankets, sheets, clothes, and magazines provided at the sanctuary, and makes huge nests, sometimes with fifteen or more blankets at a time. 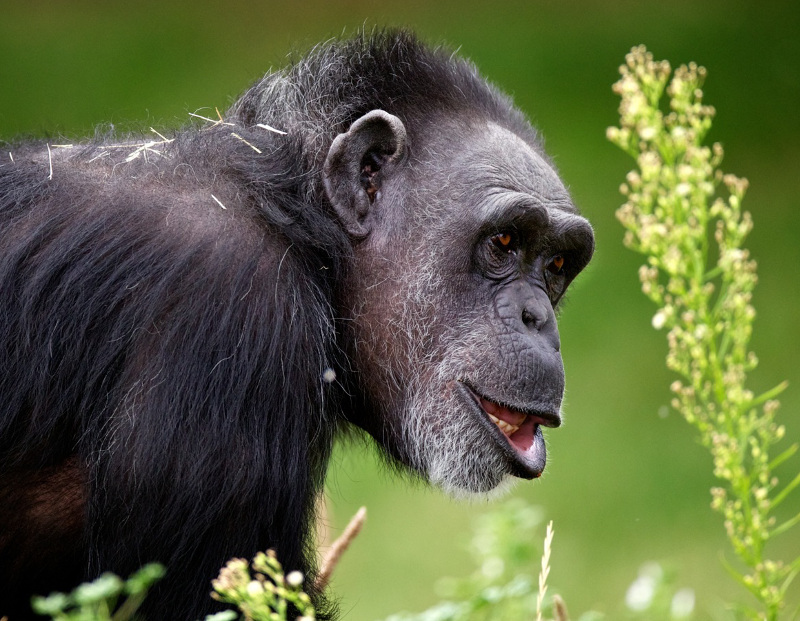 Patti is the matriarch at Chimps Inc., mothering everyone, keeping the peace, and making sure that the chimp calls she hears aren’t a family member in distress. “Princess Patti,” as she is often called, is willing to put herself in the middle of an argument and settle it with a stern grunt of disapproval.

She was born at Marine World Africa USA, a California tourist attraction, raised by humans, and trained to perform tricks in front of crowds of people. Unlike most chimpanzees whose entertainment “careers” end between the ages of six and eight, because of Patti’s winning personality and intelligence, she was forced to perform for 14 years until being rescued by the sanctuary. Always patient and determined, Patti excels at using tools and communicating with body gestures and American Sign Language. 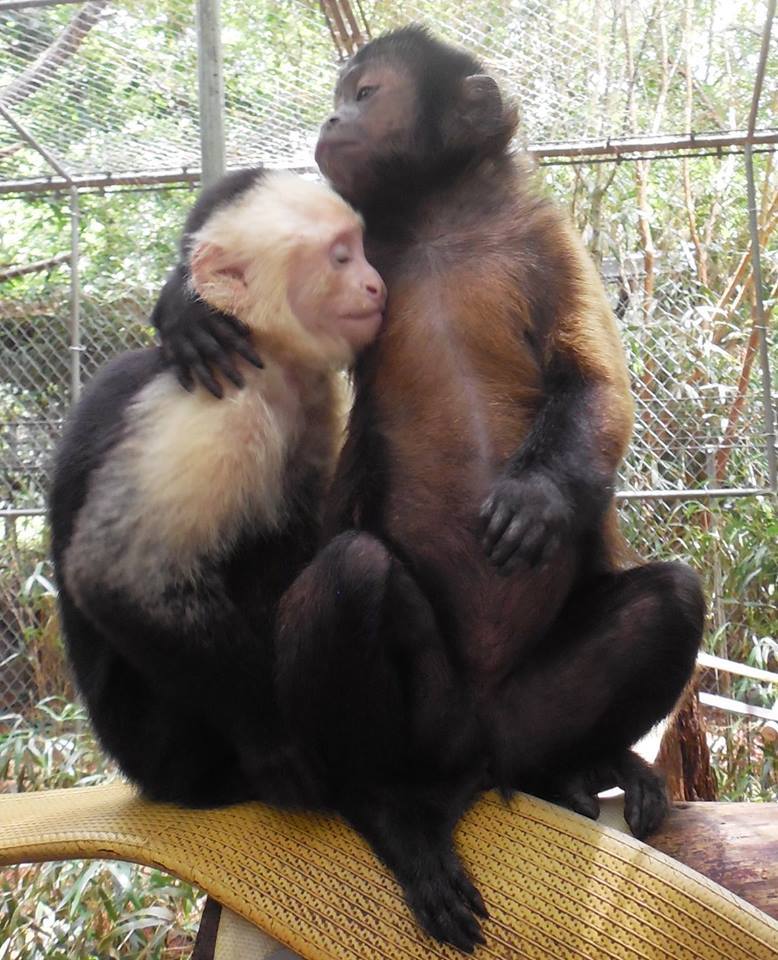 Monkers is a brown capuchin who was rescued from a bankrupt roadside zoo in 2010, along with her younger sister, and a nursing mother and infant. Unfortunately, the monkeys were anesthetized to facilitate their capture, so they could be transported to sanctuary. When the mama monkey woke from the anesthesia, she rejected her baby, who was only a few months old.

Jungle Friends staff and volunteers stepped in to bottle feed the baby and care for his physical needs, and little Monkers stepped up to provide mama-monkey nurturing. In time Monkers became the defacto mom to other residents at the sanctuary, and helps to care for baby monkeys who have been rescued by Jungle Friends over the years. Monkers can often be seen grooming one of her “kids,” or carrying one of them on her back. She loves lounging in the sun and will sound a happy hello to all of her monkey neighbors or anyone walking by.