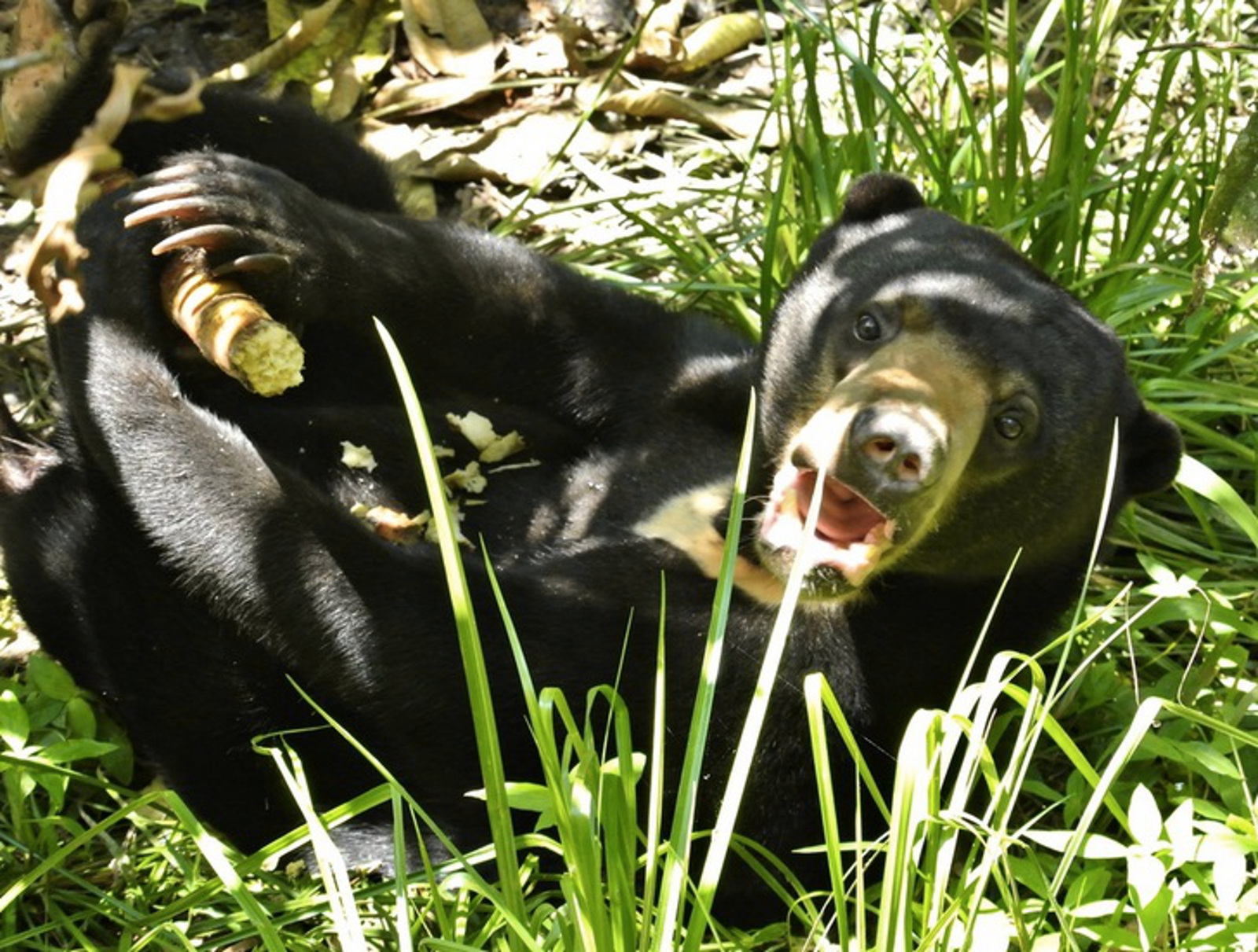 Sun bears of Southeast Asia’s Borneo Rainforest might be one of the most adorable bear species on the planet, but they are also one of the least known and most vulnerable in the world. These gorgeous bears are elusive by nature, yet this hasn’t deterred poachers from hunting them down.

Over the last 30 years, Southeast Asia has seen a nearly 30 percent decrease in sun bear population numbers – a decline that is expected to continue for the next 30 years if strong conservation measures are not set in place.

Poaching, deforestation, and the market for traditional Asian medicine and bear paw soup are currently the sun bears’ biggest threats for survival.

While all wildlife losses are troubling, the sun bear decline is particularly worrying as these small bears are:

The Bornean Sun Bear Conservation Centre (BSBCC) in Sabah, Malaysia has been hard at work to teach the public about these bears and raise awareness about their plight in the wild through research and conservation initiatives in addition to education campaigns and rehabilitation efforts.

The BSBCC is the first and only one of its kind in the world and just recently opened its doors to the public, where visitors can now meet a number of the sanctuary’s 28+ residents.

One of the BSBCC’s most notable residents is three-year-old, “fiercely independent” sun bear Natalie, who arrived as an orphan at the Centre on December 23, 2010 at just three months of age. 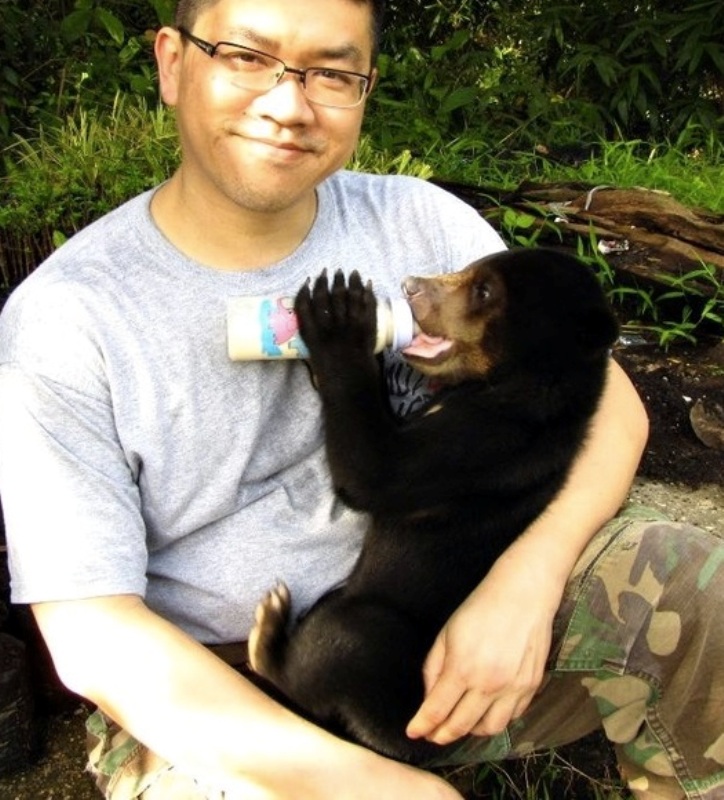 Thankfully, Natalie was not kept as an exotic pet for long as the Sabah Wildlife Department stepped in to rescue her from a life that would certainly have been marked either by captivity or abandonment after she reached an age and size that would have proved too much for a human to handle. 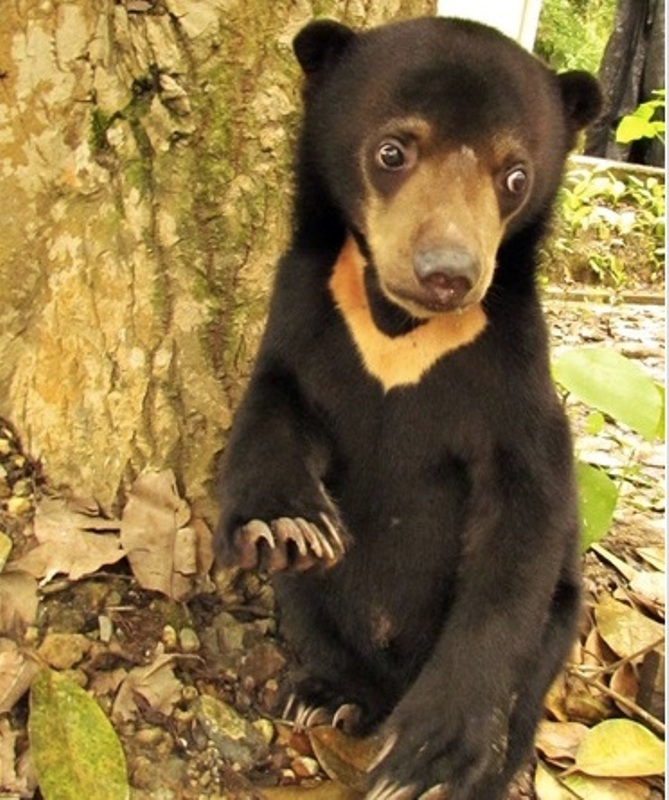 The Sabah Wildlife Department delivered Natalie to the BSBCC not long after her rescue to ensure that she received the proper medical attention, care, and enrichment to become a healthy sun bear. 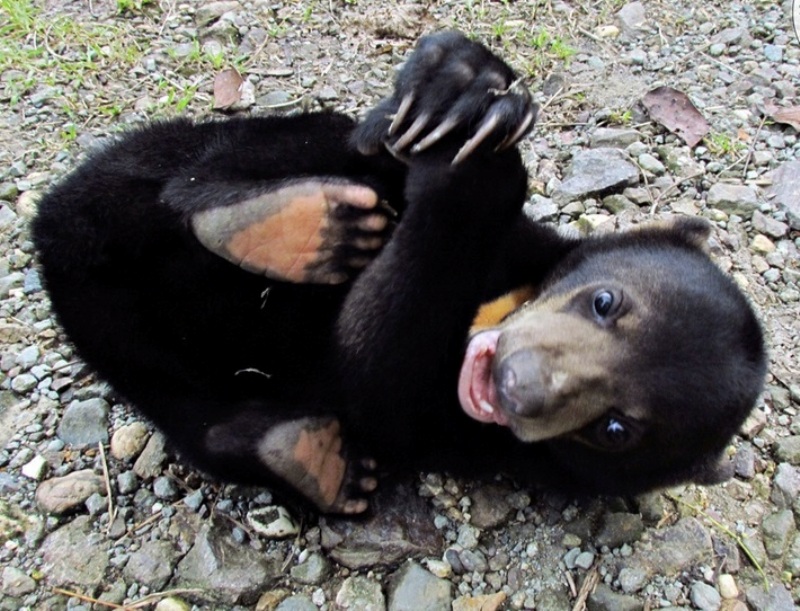 Under the BSBCC’s care, Natalie’s health stabilized and her appetite for both food and life soon returned. 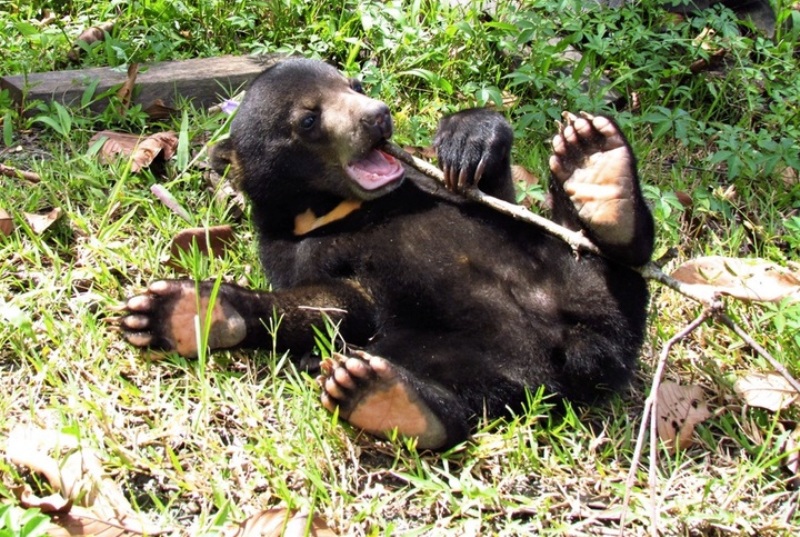 As Natalie grew, she became an “excellent climber,” teaching herself “how to climb high up in the trees,” as the BSBCC reports. 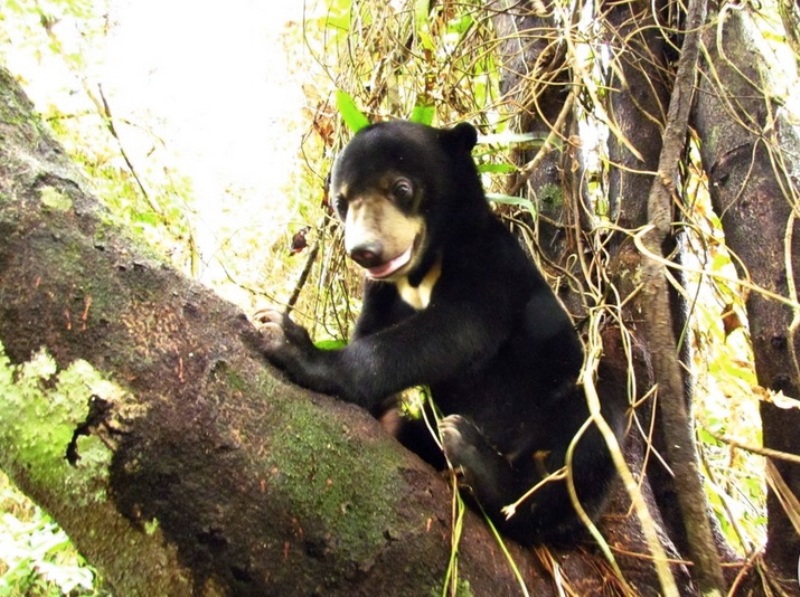 Early on, Natalie also displayed both “courage” and “determination,” which allowed her to “quickly develop into a confident, forest loving sun bear and [a] group leader,” the BSBCC states. 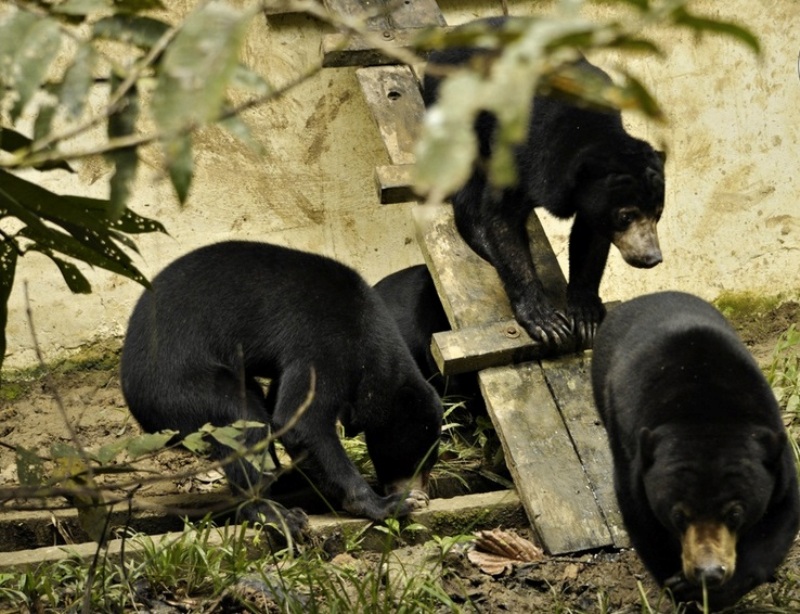 Today, Natalie still enjoys being a leader of her group in addition to spending her days of freedom in the sunny outdoors, foraging for food on the forest enclosure floor. 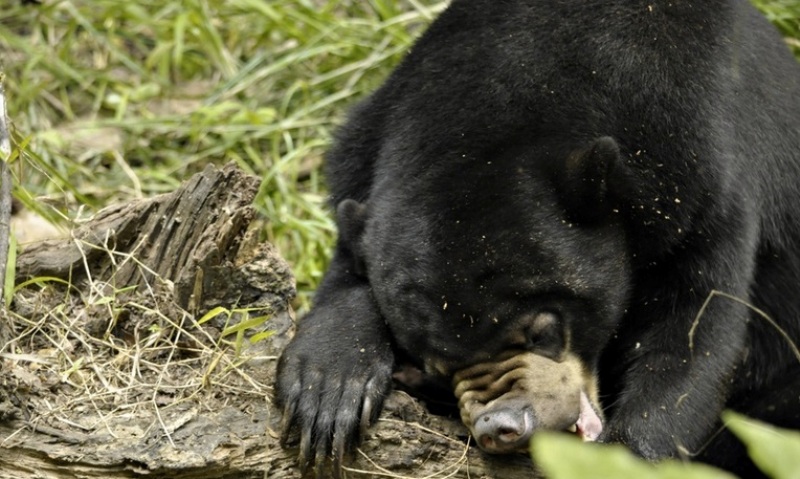 The BSBCC reports that Natalie has “developed all necessary bear instincts to qualify her to be released back into the wild once funds are found to start the rehabilitation process.” 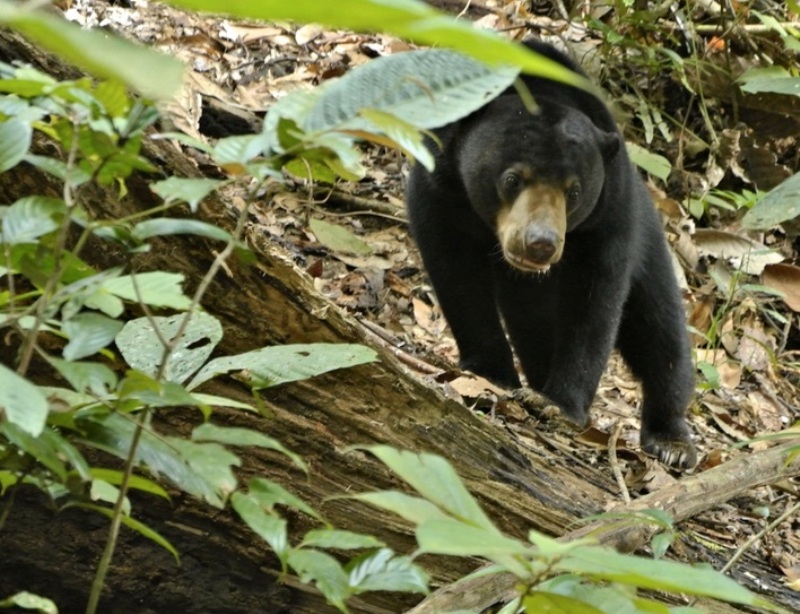 Hopefully one day sweet, independent Natalie will get to explore her former forest home again. What a moment that would be! 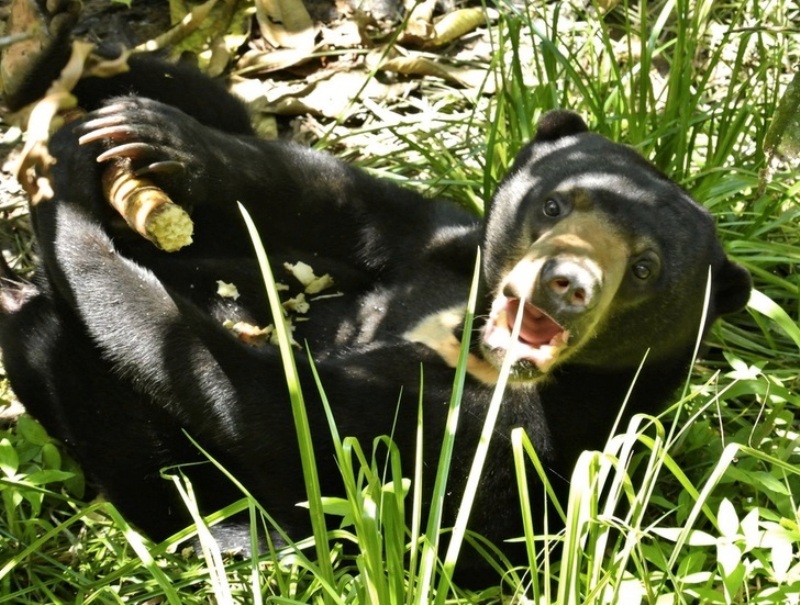 To find out more about the Bornean Sun Bear Conservation Centre’s amazing rescue work and their adorable sun bear residents, keep up with the organization on Facebook or through their website.