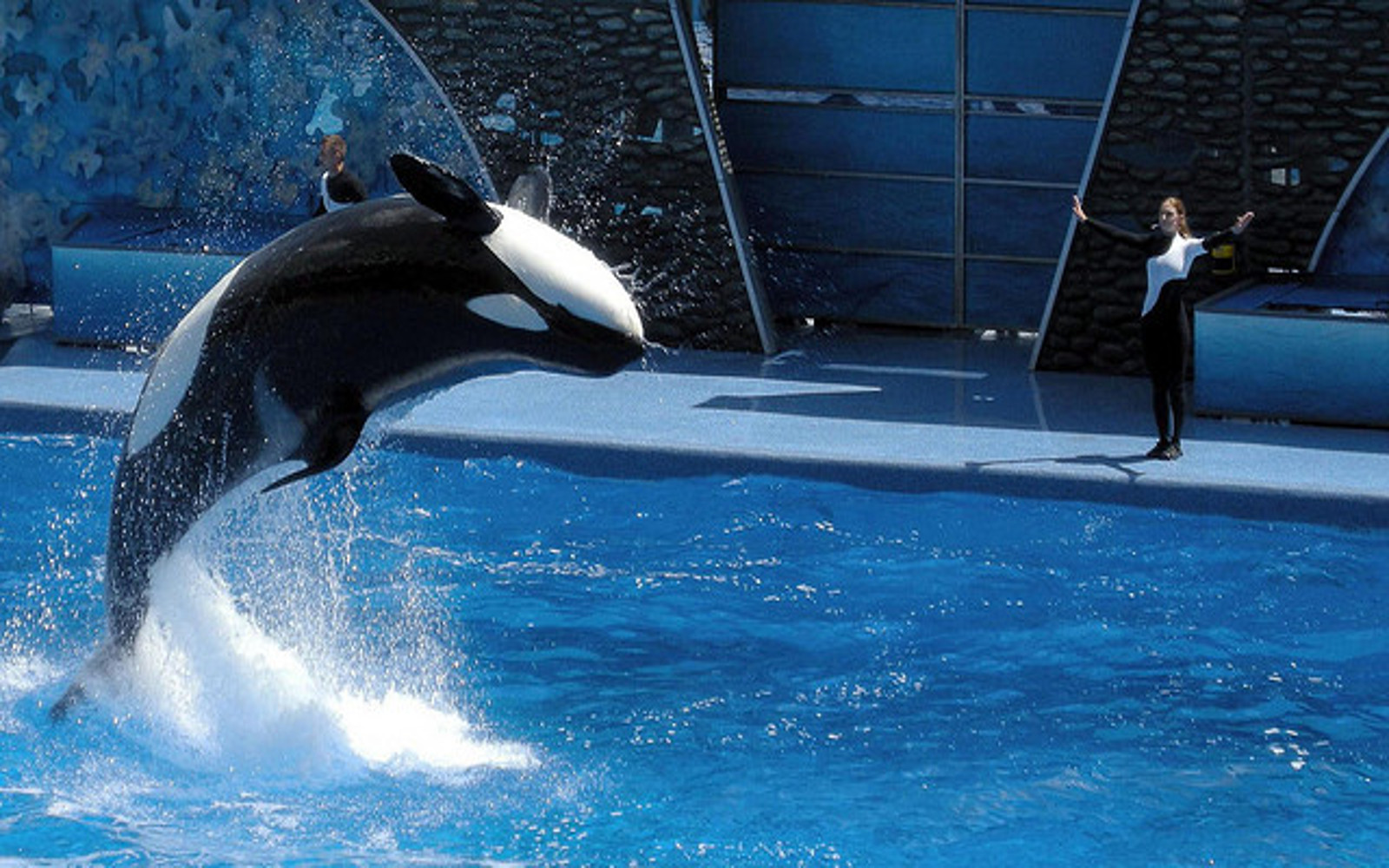 Sea creatures sometimes get the short end of the stick when it comes to animal rights. One of the most prevalent arguments against a unanimous concern for animals is the misconception that fish cannot feel or think, or that sea creatures and marine mammals are just “too dumb” to know better when being killed and eaten or held captive. Luckily, not all people hold this belief, and despite animal rights campaigns frequently focusing only on our friends on or above land, that doesn’t mean we’ve forgotten our friends down below! Positive changes towards the freedom from captivity of marine animals have been on the rise in the last decade.

Action for animal rights comes in many different shapes and sizes: here are just a few ways in the recent years humans have been speaking up and getting out there for our Earth’s marine inhabitants!

Every year, wild dolphins face a barrage of poachers seeking to turn a profit from the bodies of slaughtered or captured animals.

And every year, “from September through March of the following year, the Cove Guardians keep watch over Taiji’s infamous Cove to monitor and expose the atrocities that occur there – the brutal slaughter of entire pods of dolphins and the trade of wild-caught dolphins for captivity around the world.”

Sea Shepherd’s Divers For The Oceans campaign pairs champion freedivers with marine animals facing an imminent danger leading to consumption and captivity. Executives working on this project noted that even though such acts of harm have long been considered an act of tradition, the town and its people have overall welcomed the guardianship put forward by Sea Shepherd and have taken active roles in promoting the campaign.

Including Lolita in the Endangered Species Act

According to the Animal Legal Defense Fund, she’s an “intelligent and sensitive orca, confined to the smallest orca tank in North America,” weighing in at 7,000 pounds with a 40+ year life in captivity.

For some time, Lolita was not granted the same status under the ESA as other southern resident orcas like her – a status that would make her current cruel confinement standards prohibited by law. The ALDF hopes that, by adding Lolita to the ESA considerations, this will open doors to the possibility that she may soon be retired from entertainment and released into a seaside sanctuary. Without petitions against her exclusion from consideration offered up by many different groups and organizations, she may not have had this chance.

There’s no better way to convince someone that marine parks are exploitative and harmful than former trainers of marine animals who had first hand experience with the truth. In 2012, eight former trainers from Marineland in Niagara Falls came forward to speak out against what they had seen and been a part of. They reported sick animals lying in their own excrement and receiving little necessary care, isolation and premature death, irritation and infection caused by pool water, red swollen eyes and peeling skin. Many of the animals were reported to have been blind or near blind because of the conditions.

While it may hurt to hear the gruesome details about what captive marine animals go through, it aids in the ultimate goal of transparency in this entertainment industry, the exact kind of transparency needed to convince others that “humane” has absolutely nothing to do with their captivity.

Jane Goodall Calls for an End to Marine Captivity

One big step to the ultimate goal of ending marine captivity for good is showing that important and inspirational figures can get behind the idea. So when Dr. Jane Goodall, notable for her work in anthropology and primatology, made it clear that she sees humanity’s next greatest leaps in ending captivity, it made big waves!

Goodall writes in a letter to the Vancouver Aquarium, that “The phasing out of such cetacean programs is the natural progression of human-kind’s evolving view of our non-human animal kin.” Goodall plans to use her reputation as an authoritative figure concerning the complex emotional lives of animals in ways that can awaken others to the same cause. Here’s to hoping that she will continue this mission along with plenty of other well-known figures and celebrities!