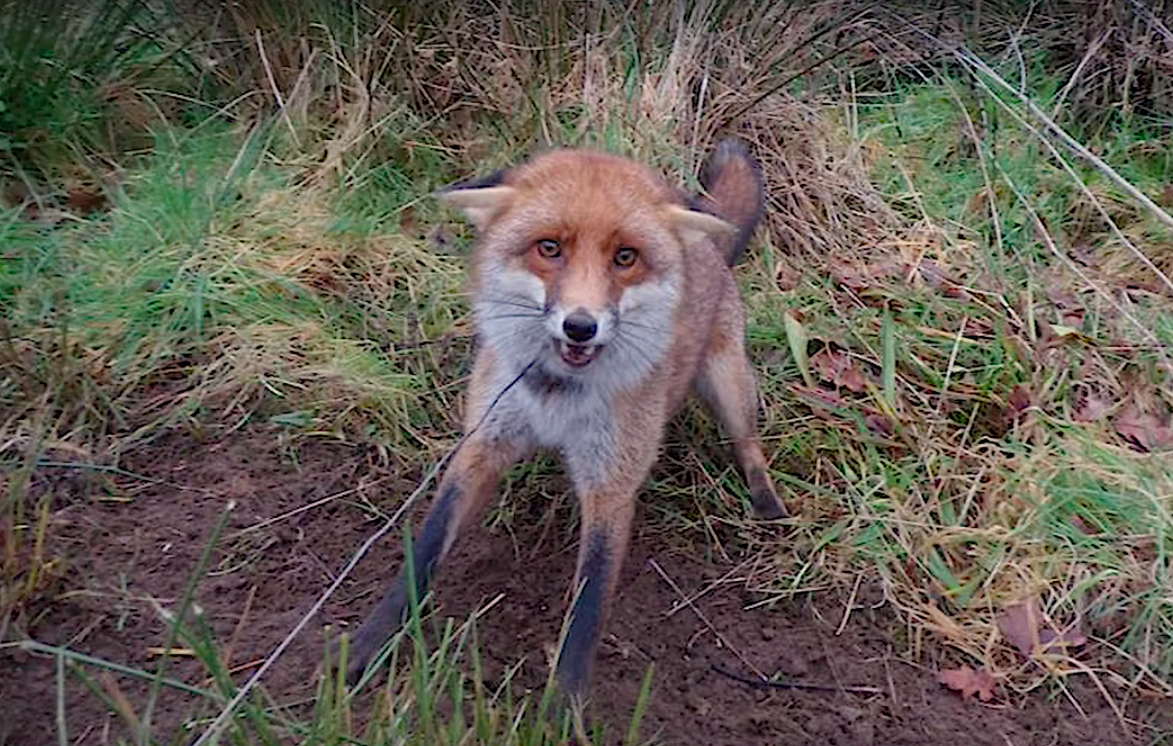 It’s well known that the fur industry is incredibly cruel. Not only do animals on fur farms suffer immensely, but wild animals are also caught and killed for their fur. An investigation done by Hunt Investigation Team (HIT) recently found foxes being snared and bludgeoned in Pembrokeshire Coast National Park, all for one man to sell fur to Sweden.

Witnesses have seen David Sneade at work and have recorded the horrors. HIT explains: “Once the foxes have been snared, Sneade bludgeons them with a wooden bat to stun them. In the witnesses’ video, he uses multiple brutal blows. He then casually brings the still breathing fox to the roadside. He then crushes it with his foot to finally end the life of the wounded animal. This horrific process is used by trappers to preserve the foxes’ pelts.”

Other witnesses have found skinned and mutilated fox carcasses in the national park. A witness describes what they saw: “I still feel traumatised after witnessing Sneade’s cruelty. I saw a snared fox being dragged out of of hedge and on another occasion a freshly skinned fox carcass disregarded beneath a hedge on the road side.”

Sneade has been reported to the RSPCA and was convicted of wildlife offences, but only related to fishing, not his horrible cruelty, abuse, and murder of foxes. He trades his pelts in Sweden for as little as £15 per pelt — that’s all the suffering and life of a fox mean to him.

Executive Director of Humane Society International/UK, Claire Bass told One Green Planet: “Politicians acted with compassion almost 20 years ago when the government banned fur farming in this country, so the British public will be shocked to discover that animals are still suffering and dying for the cruel trade here in the UK, and in a national park where they should be protected… The legal loophole that allows foxes to be snared and killed for fur needs to be closed. The UK banned fur farming because it is morally unjustifiable to subject animals to appalling suffering in the name of frivolous fashion and vanity. We clearly need to extend that legislative precedent to ban the trapping of wild animals for fur as well as the use of inhumane and indiscriminate trapping devices, such as snares, for any reason.”