Brave Man Saving a Drowning 400-lb Black Bear Is Possibly one of the Greatest Rescue Stories Ever! 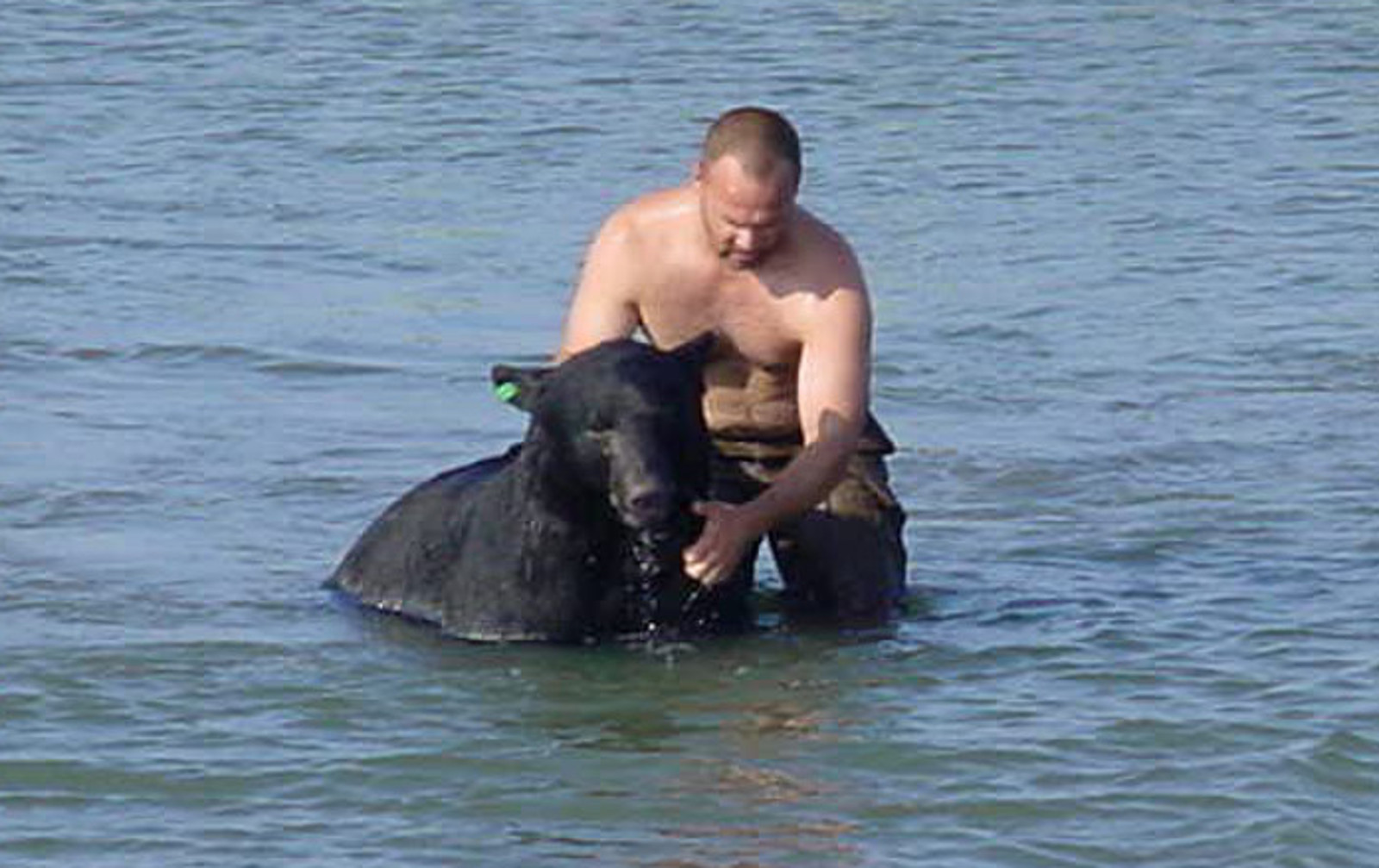 Bears have an incredible sense of smell, and when they’re hungry bears will go to some pretty crazy extremes to get their paws on a snack. Bears are also very intelligent, so once they learn that humans provide a seemingly endless supply of snacks, by way of garbage or half-eaten candy bars that get left behind, they will search out residential areas to find something tasty to eat.

In this particular story, a 400-pound black bear set out to follow his nose and wandered all the way from his home in Osceola National Forest to a residential area in Alligator Point, Florida. When he was discovered shuffling through one of the residents garbage, wildlife authorities set out to capture and return the bear back to his forest home…this is when things started to go horribly wrong. 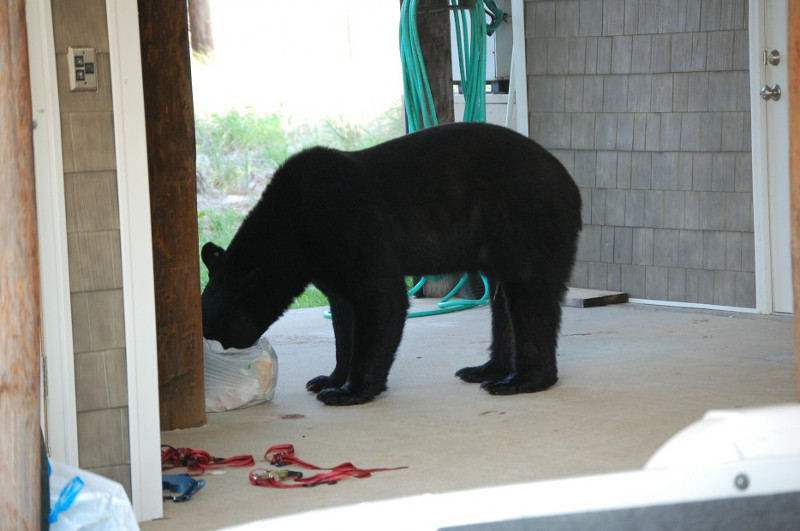 Once the bear was located authorities attempted to sedate the bear–as a 400-pound, claw-weilding black bear is not exactly the most cooperative animal–this would be the safest way they could transport him back to his home. But the bear had other plans… 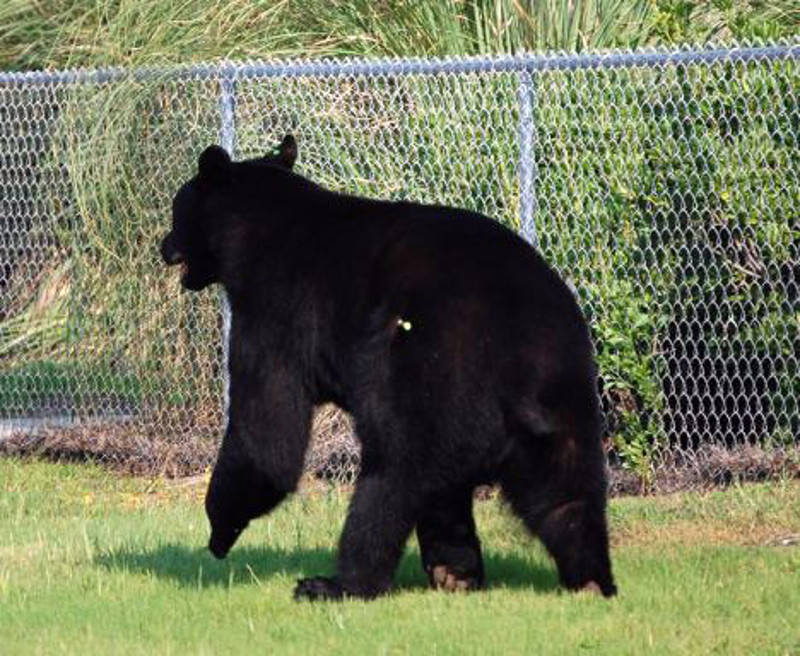 After being hit with a tranquilizer dart, the bear took off towards the ocean and hopped into the water.

As he was swimming out into the Gulf, the tranquilizers began to kick in and he became drowsy and started to drown. 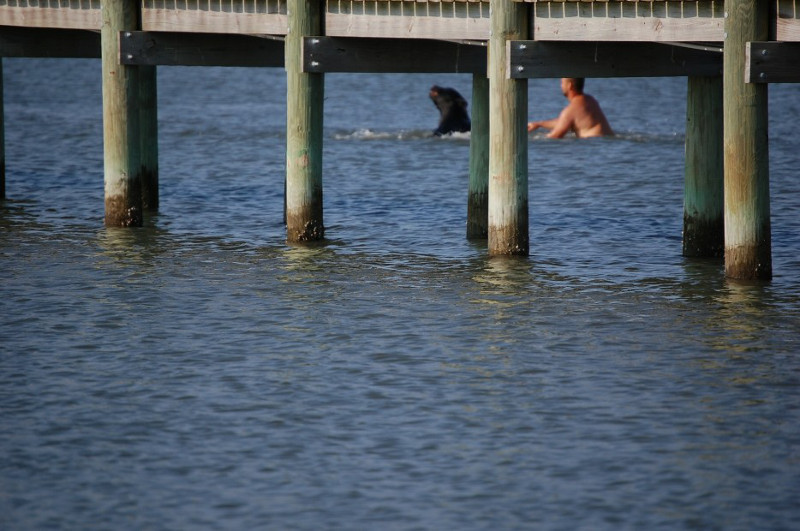 Luckily, Adam Warwick, a biologist with the Wildlife Commission was nearby… 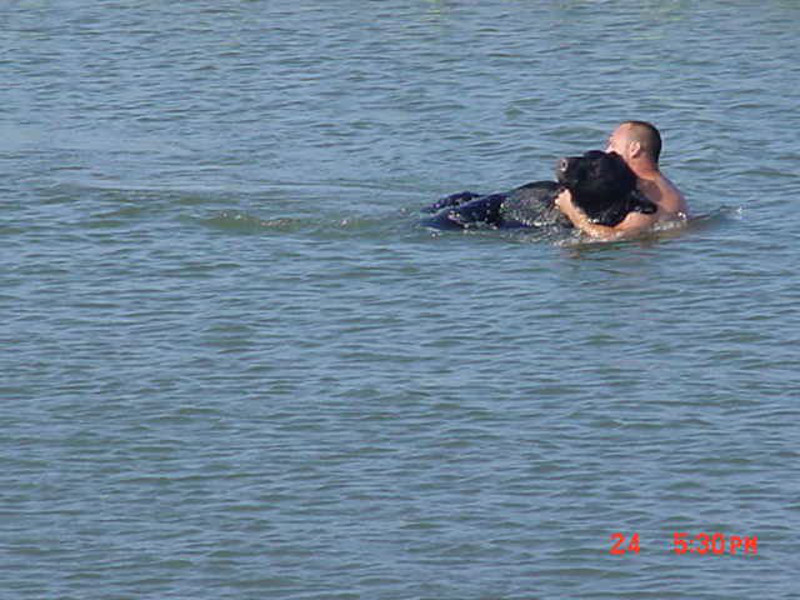 Without even flinching at the size and strength of the bear, Warwick grabbed a hold of the floundering animal. 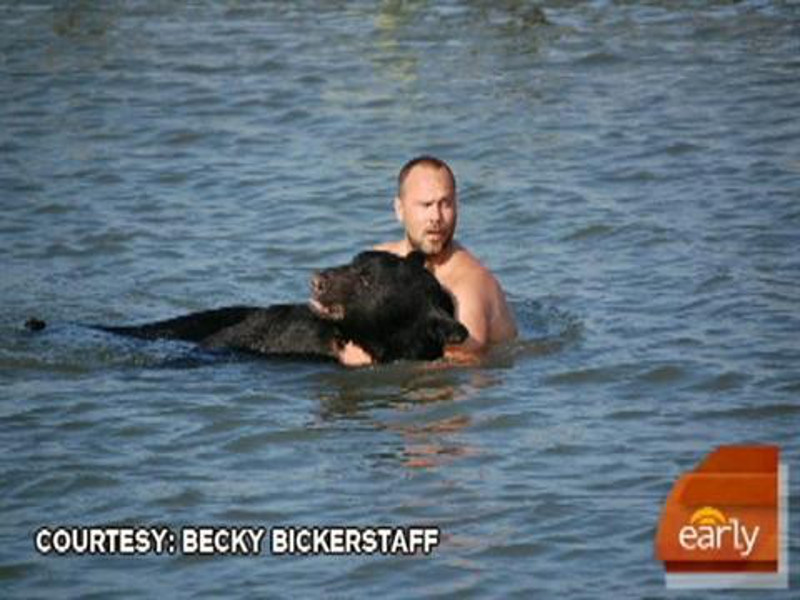 The bear was beginning to lose feeling in his legs and struggled to crawl onto Warwick to stay afloat. 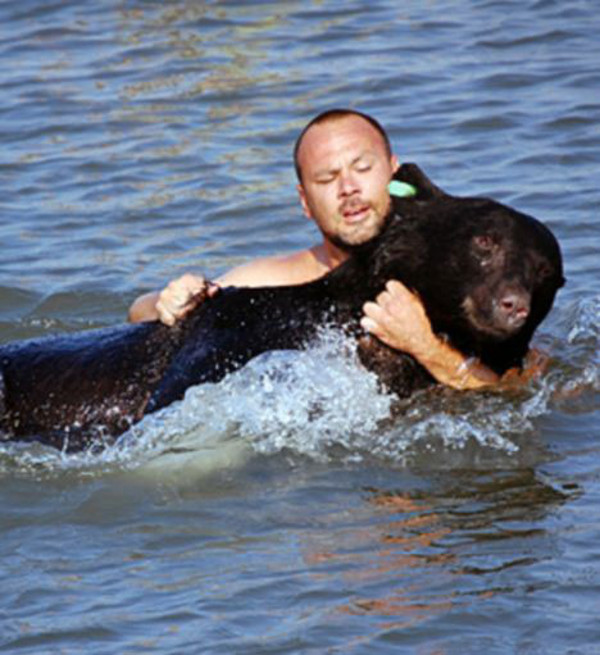 Knowing he would need to act quickly and stay as calm as possible, Warwick began to drag the bear to shore. 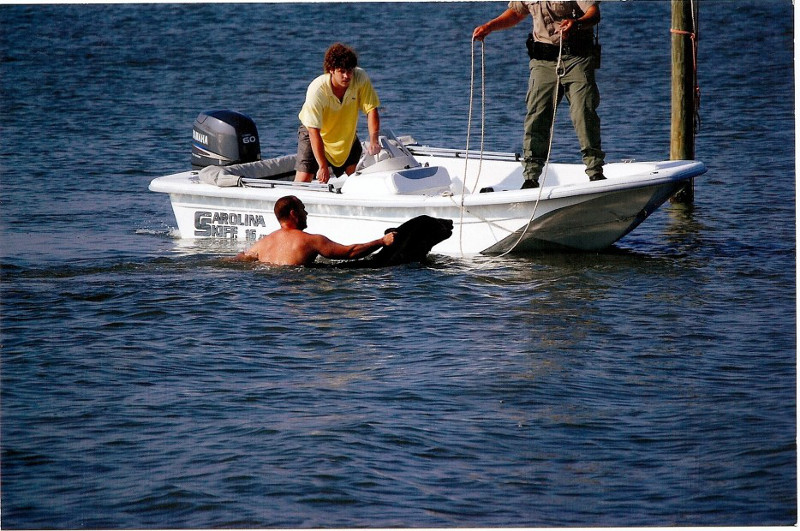 The bear was having trouble keeping his head above the water, losing more and more mobility. 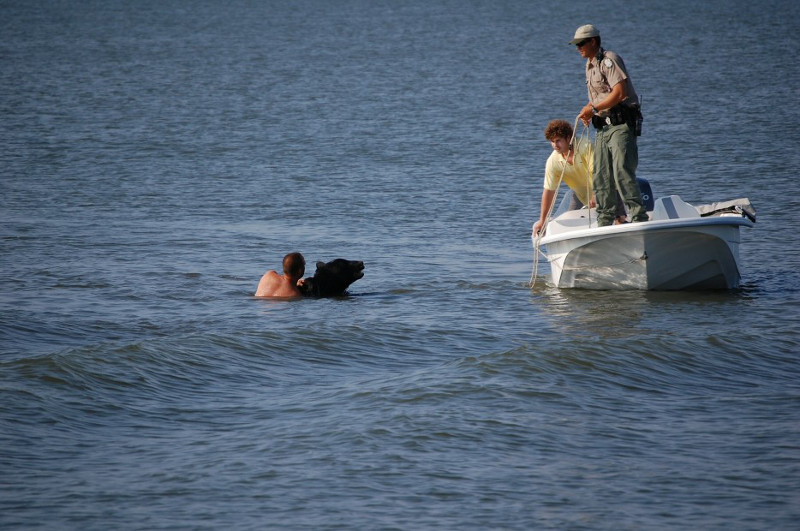 But the brave biologist just kept swimming, despite the growing weight of the 400-pound bear. 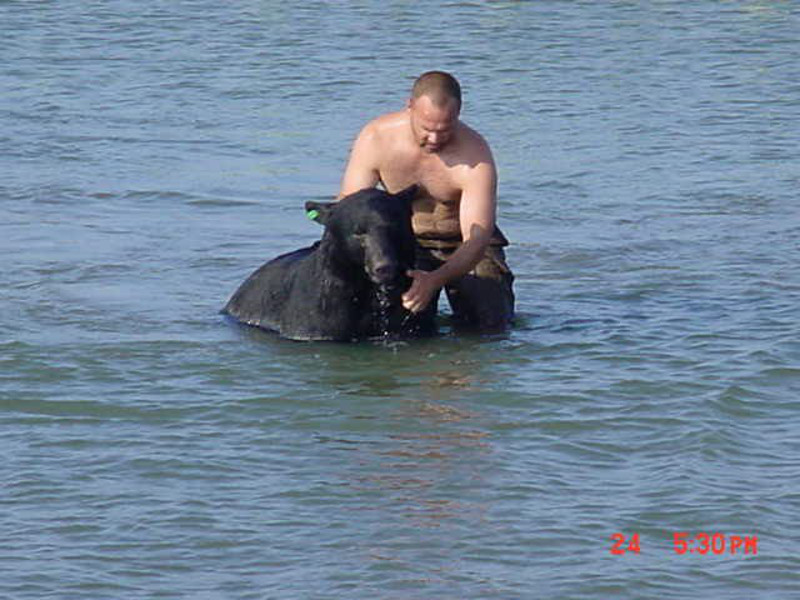 Warwick managed to tow the bear the entire 25 yards to land. 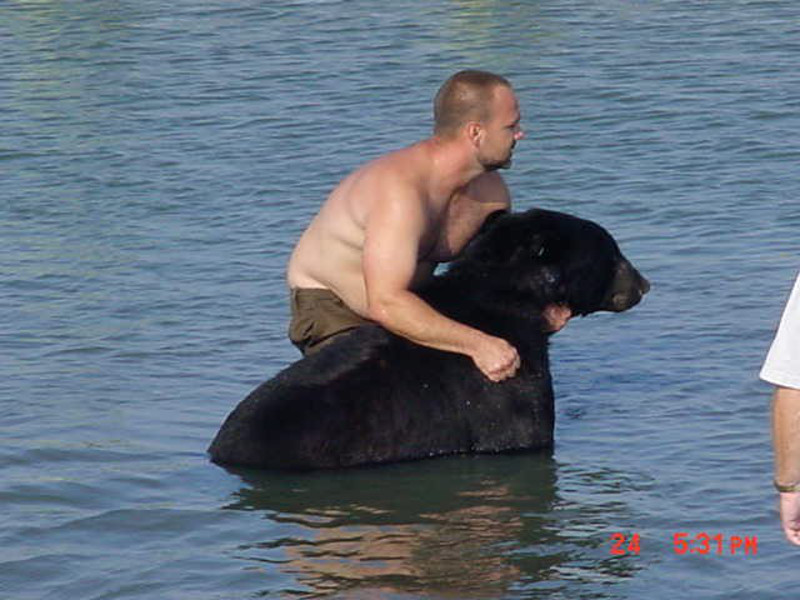 Finally on shore, the groggy bear and exhausted Warwick were hoisted onto land. 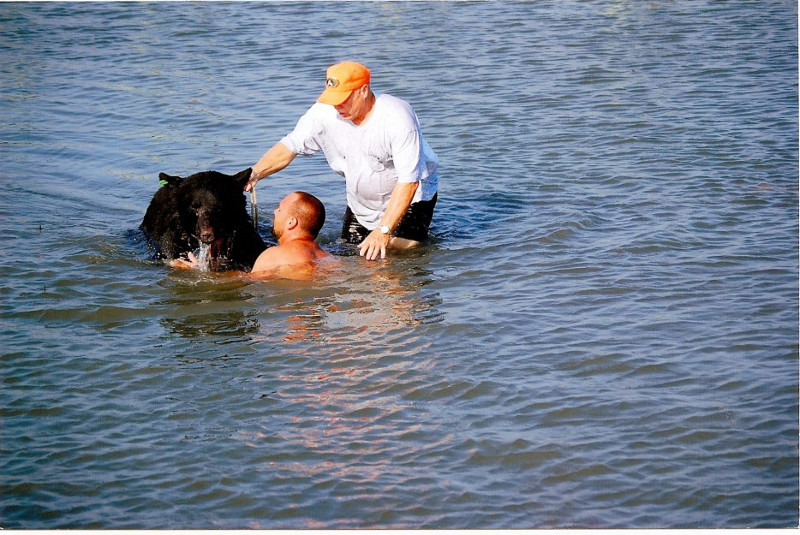 The bear weighed too much for the crew to handle, so they used a tractor bucket to move the sedated bear. 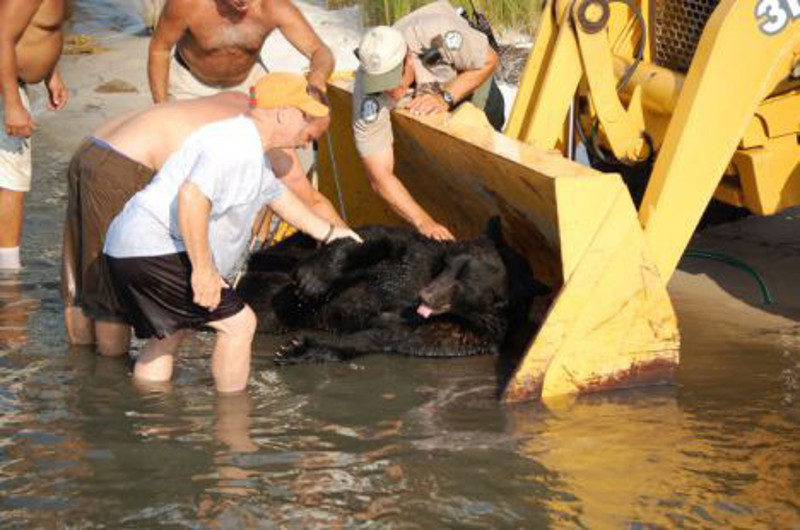 Warwick made sure the sleepy bear made it safely onto the transport vehicle. Surely, if the bear hadn’t been so groggy he would have given Warwick a big bear hug. 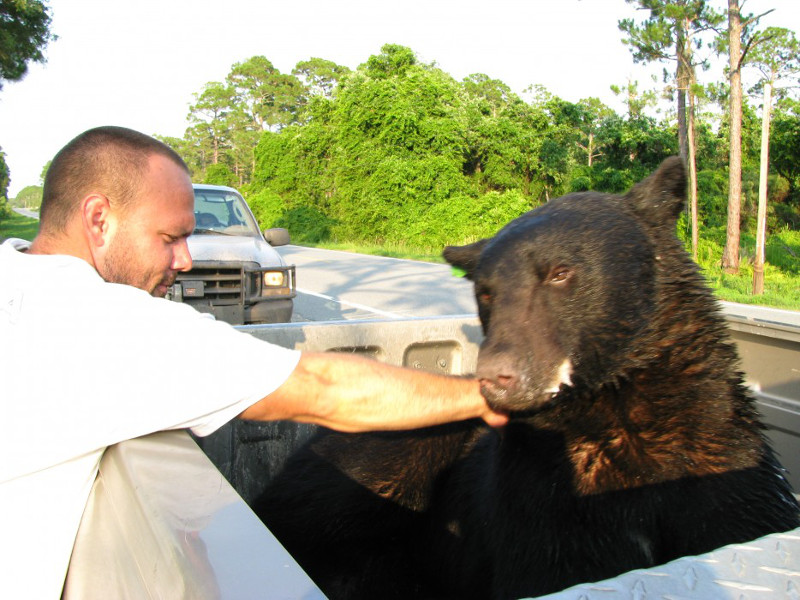 Back at Osceola National Forest, the bear is looking MUCH happier…it’s going to be a long time before this guy goes rummaging through human garbage again! 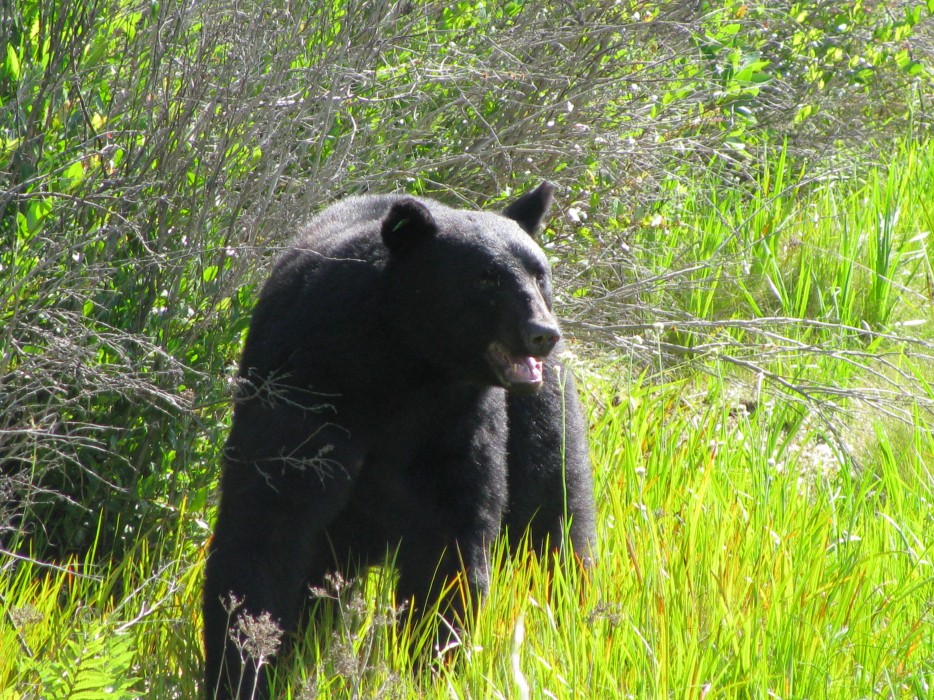 All image source: Becky Bickerstaff and Adam Warwick of The Nature Conservancy